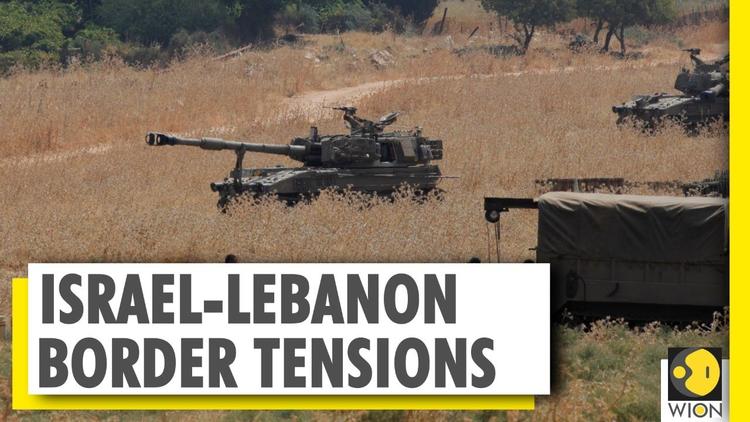 Ann Arbor (Informed Comment) – Israeli prime minister Binyamin Netanyahu has been virtually besieged in his prime ministerial mansion on Balfour Street in Jerusalem by protesters for weeks, as the rallies against his mismanagement of the economy and the pandemic have grown ever larger, spreading to Tel Aviv and other cities. It is the largest protest movement in Israel since 2011. At the same time, he is on trial on charges of corruption.

So is it a coincidence that Netanyahu’s security forces breathlessly announced that they had taken action to stop the infiltration of Lebanese Hezbollah elements into the Occupied Shebaa Farms?

One problem: according to Al-Jazeera, Hezbollah itself denies that it was infiltrating the Shebaa Farms or that its fighters had any clashes with the Israeli army.

Hezbollah’s communique said, “Everything the media of the enemy are claiming, regarding the foiling of an infiltration operation from Lebanese territory into Occupied Palestine, as well as the talk of wounded and the deaths of martyrs belonging to the Resistance as a result of airstrikes in the environs of the Occupied Shebaa Farms, is completely incorrect. It is an attempt to fabricate false, imaginary victories.”

The Israeli narrative is that “three to five” Hezbollah fighters tried to sneak across the border and that Israeli forces directed fire on them. The Israelis did conduct strikes, since residents saw smoke rising and heard explosions.

But “three to five” isn’t very many, and would you really unleash that kind of firepower on three people?

Moreover, I think if Israel actually had dead or wounded Hezbollah fighters on its hands they’d be easy enough to display.

Even if there was something to the claim of infiltration, it seems to have all been a minor affair that did not in fact involve casualties.

He threatened to destroy Lebanon as the Israeli military had done in its 2006 attack on that country’s infrastructure, which wiped out 30 years of Lebanese economic progress. His partner in the national unity government, former general Benny Gantz, joined in the sabre rattling.

The 7 mi. by 2 mi. Shebaa Farms region was a set of farms mostly owned by Lebanese Shiites who paid taxes to Lebanon, but it was gradually claimed by in the ’40s and ’50s Syria. Israel grabbed the region in 1967, and Syrian authorities recognized the Lebanese Shiites as the real owners, relinquishing claims on it to them. Since Hezbollah represents the Shiites of south Lebanon, its leaders mind the Israelis having stolen their land.

Lebanon is a small country of 4.7 million citizens. Of those, probably about a third or slightly more are Shiite Muslims, who predominate in the south, in parts of the Bikaa Valley, and in East Beirut. So there are something on the order of 1.5 million Lebanese Shiites. About half of them vote for the party-militia Hezbollah. So that’s 750,000 people. But exit polls have suggested that half of them are secular-minded and vote for the party because it is good at defending their interests. So that’s 375,000 people. Except of course that a lot of them are children who don’t vote. Are we down to 200,000 adults as the base of Hizbullah? Jane’s estimated the full-time militiamen of the movement at 25,000, with maybe a similar number of reservists (read: farmers with old rifles).

Israel and the United States have long sought to portray Hezbollah as ten feet tall, but although it is a formidable little militia with guerrilla training, it isn’t actually big enough or well armed enough to fight a conventional war and win.

In contrast, Israel is a country of 8.8 million, with an active duty military of 176,500 personnel, with 565,000 in the reserves. Israel’s military is the best-equipped in the Middle East aside possibly from that of Turkey (a NATO member), with masses of high tech conventional weapons.

So this fetishization of tiny Hezbollah makes no sense in the real world. It can use guerrilla tactics and small rockets to defend itself, and in the past it has occasionally targeted Israeli squatters in the Shebaa Farms (which is a war crime, since they are civilians). But Hezbollah? Seriously?

We may be seeing the beleaguered Netanyahu and the beleaguered Trump both go hunting for foreign military crises this fall, as they sink in the polls and become desperate for a diversion.