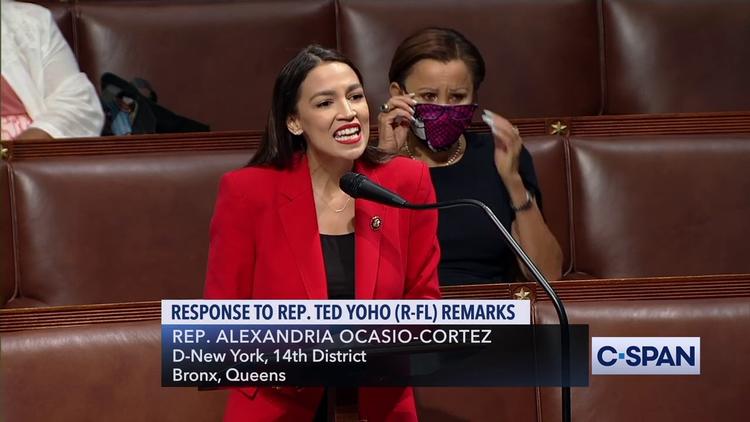 Ann Arbor (Informed Comment) – It all started when Rep. Alexandria Ocasio-Cortez (D-NY) remarked at a virtual Town Hall last week regarding the recent increase in violent crime in New York,

““Do we think this has to do with the fact that there’s record unemployment in the United States right now? The fact that people are at a level of economic desperation that we have not seen since the Great Recession? Maybe this has to do with the fact that people aren’t paying their rent and are scared to pay their rent, and so they go out, and they need to feed their child, and they don’t have money so … they feel like they either need to shoplift some bread or go hungry.”

The correlation between poverty and infant mortality on the one hand, and high rates of crime on the other, is well established in the sociological literature (e.g. Paul‐Philippe Pare and Richard Felson, “Income inequality, poverty and crime across nations,” The British Journal of Sociology Volume 65, Issue 3 [2014]).

Rep. Ocasio-Cortez’s remark, which seems to me just common sense (though a multivariate analysis of 64 countries supports it scientifically), drove Rep. Theodore Yoho (R-Fl.) into an absolute rage. He accosted Ocasio-Cortez on the steps of the capitol, telling her that she is “disgusting” and “out of her freaking mind”. She says she told him he was being rude, and alleged that he responded, “I am being rude?” Then he walked off arm in arm with Rep. Roger Williams (R-TX), and said within earshot of a reporter, “Fucking bitch!”

Rep. Williams has a rare and little understood hearing disability that prevented him from hearing the exchange, since he was, he said, concentrating at that moment on the needs of his constituents.

Yoho has a doctorate in veterinary science and practiced as a veterinarian before becoming a politician. I guess he did not treat his female dog patients very well.

Yoho came into Congress as a Tea Partier, as part of the astroturfed wave paid for by the billionaire Kochs and the DeVoss’s aimed at hobbling President Obama from any economic and social justice legislation, in which they succeeded. He voted against debt relief for Puerto Rico, says carrying a gun is a God-given right, and opposes a woman’s right to choose. I think we are beginning to get the picture here.

In his “I’m sorry you’re fat” non-apology, Yoho claimed to have a wife and two daughters, and said he was so outraged because he came from poverty, implying that crime is purely a matter of morals and as a formerly poor person he found it insulting for someone to demean his own achievements in climbing out of poverty by his sheer ethical will.

Often white people who tell themselves rags to riches stories about themselves vastly exaggerate their disadvantages and fail to appreciate the systemic disabilities racism lays on minorities. Yoho clearly has an architectonic complex about his success in life, such that if he recognized the advantages he had (including his race and gender), it would destroy his self-image as a boot-strapper and endanger the wholeness of his personality. At the same time, he clearly uses his masculinity and white privilege in an attempt to impose his views on and marginalize uppity women and persons of color who challenge his self-satisfied narrative.

Rep. Ocasio-Cortez says that it was not the original encounter with Yoho on the steps of the Capitol that determined her to speak out, but his invocation of his wife and daughters. He seemed to feel just having female relatives made him a swell guy.

She spent 10 minutes pointing out that Yoho in his obscene remarks had authorized other men to treat his daughters (who are older than AOC) as he had treated her. She reminded him that she is also someone’s daughter, and that her mother had had to endure hearing about his abuse of her. She said she had, as a bartender, directed that men be thrown out of the establishment for behaving as he had. She recalled Trump having told her to go back to her country. She was born in the Bronx, as was her father, who was of Puerto Rican heritage; her mother was born in Puerto Rico. Puerto Ricans are American citizens.

So she actually is much better placed than Yoho to come to conclusions about matters such as the relationship of poverty to crime rates. Yoho’s narrow doctorate and his own ideological blinkers are no match for her.

Jeremy Stahl at Slate transcribes a key passage of the speech.

“Dehumanizing language is not new, and what we are seeing is that incidents like these are happening in a pattern. This is a pattern of an attitude towards women and dehumanization of others. So while I was not deeply hurt or offended by little comments that are made—when I was reflecting on this, I honestly thought that I was just going to pack it up and go home. It’s just another day, right? But then yesterday Rep. Yoho decided to come to the floor of the House of Representatives and make excuses for his behavior, and that I could not let go. I could not allow my nieces, I could not allow the little girls that I go home to, I could not allow victims of verbal abuse and worse to see that, to see that excuse and to see our Congress accept it as legitimate, and to accept it as an apology, and to accept silence as a form of acceptance. I could not allow that to stand, which is why I’m rising today to raise this point of personal privilege. And I do not need Rep. Yoho to apologize to me. Clearly, he does not want to. Clearly, when given the opportunity, he will not. And I will not stay up late at night waiting for an apology from a man who has no remorse over calling women and using abusive language towards women. But what I do have issue with is using women, “our wives and daughters,” as shields and excuses for poor behavior. Mr. Yoho mentioned that he has a wife and two daughters. I am two years younger than Mr. Yoho’s youngest daughter. I am someone’s daughter too. My father, thankfully, is not alive to see how Mr. Yoho treated his daughter. My mother got to see Mr. Yoho’s disrespect on the floor of this House towards me on television. And I am here because I have to show my parents that I am their daughter and that they did not raise me to accept abuse from men. Now, what I am here to say is that this harm that Mr. Yoho levied, tried to levy against me, was not just an incident directed at me. But when you do that to any woman, what Mr. Yoho did was give permission to other men to do that to his daughters. In using that language in front of the press, he gave permission to use that language against his wife, his daughters, women in his community, and I am here to stand up to say that is not acceptable.”