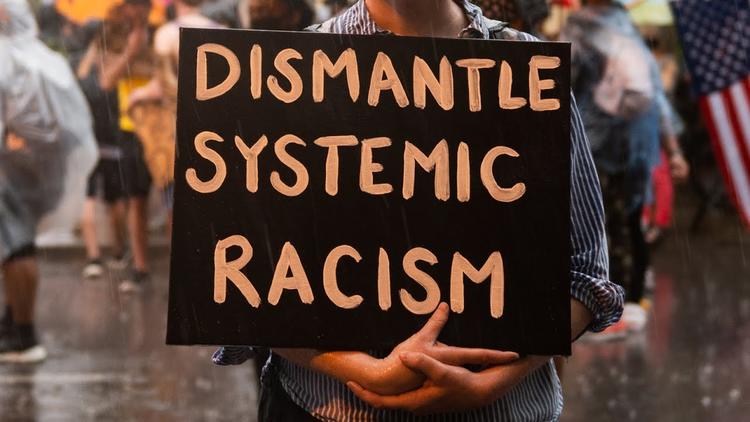 An “NBC News/Wall Street Journal poll show[s] that American voters have become significantly more aware of racial discrimination and more sympathetic to those protesting to end it …But at the same time, voters are deeply pessimistic about the current state of race relations.”

Southwest Harbor, Maine (Special to Informed Comment) – Rep. John Lewis lay in state at the Capitol on Monday, after a lifetime devoted to racial justice issues. With racial injustice now more obvious than ever, steps both by business and government to redress the systemic failings may be possible. Nonetheless some of the best current work on racial politics suggests a more nuanced approach that is attentive to the failures and inadequacies of earlier reform efforts. Drawing on extensive polling data, and on survey research and focus groups, Berkeley Law professor Ian Haney Lopez’s book, Merge Left Fusing Race and Class, Winning Elections, and Saving America provides a compelling analysis of earlier failures and a roadmap for future efforts.

Haney argues convincingly that individual voters are quite capable of holding contradictory understandings of race and its role in politics. Some of these citizens are capable of being persuaded to move either right or left, and much depends not so much on a set of specific policies as a broader narrative of the political world. Historically Democrats have had two narratives. One would foreground race, both past injustices and their continued manifestation. The appeal of this narrative was limited. Some viewed the narrative as an attack on white people. Others felt talking about race was divisive. In any case an electoral appeal focused almost exclusively on racial justice seems unlikely to prevail, at least in the electoral arena.

Other Democrats, convinced of the power of racial backlash politics even among many liberal leaning working class voters, argue for a color blind politics Lopez is strongly supportive of the generous, universal welfare state these democrats advocate. Nonetheless he does not accept Left Democrats’ assumption that generous liberal reforms will automatically redress centuries of racial oppression, since it ignores the wide pattern of repression against communities of color via dog whistle attacks.

Most surprisingly, Lopez points out that “failure to consider racial dynamics betrays working class whites. “Many of the Right’s most debilitating stories about working people—including white working families—-are recycled stereotypes about African Americans.”

This last point is surprising to some but is well defended. I would only add that that centrist Democrats failure to address working class anguish regarding the tyranny of the modern workplace also helps spur the demonizing of any group receiving an income while apparently not working.

Are there alternatives? Rather than dodge racism, reframe it as weapon of the upper class employed to create or aggravate divisions and fears within the working class for the benefit of economic elites. Curbing racism and building cross- racial alliances is both an ethical imperative as well as intelligent, long term self-interest.

“Merge Left–No matter where we come from or what our color, most of us work hard for our families. But today, certain politicians and their greedy lobbyists hurt everyone by handing kickbacks to the rich, defunding our schools, and threatening seniors with cuts to Medicare and Social Security. Then they turn around and point the finger for hard times at poor families, Black people, and new immigrants.”

Solidarity among these groups, all together against the plutocrats, he argues, is the only way forward.

It is important to recognize that this affirmative, coalition building message is regarded as a threat not only by conservative Republicans and Trump followers but also by centrist Democrats. I think it is an open question whether they would prefer to lose with a campaign centered solely on ethnic diversity while failing to address economic inequality. Such an approach opens the door to Trumpism or worse.

“it is important for there to be robust and agonistic debate, about tactics and strategies and even values–because even core values have limits or can be in tension with other core values, and all good things do notrun neatly together. Such debate is both an end in itself for those who are serious about freedom, and the best means of avoiding a counterproductive and dangerous sectarianism.”

One must be cautious in drawing conclusions from this academic research and behavior in electoral contests. How well a message is received probably depends in part on the trustworthiness of the messenger. Even a Democratic party that did center its campaign on this race-class message will have a believability problem given its history of increasing retreat from class politics and even on occasion its complete abandonment, as in NAFTA, banking deregulation For this reason it is imperative to hold the Biden campaign accountable to the promises it has made with regard to labor, climate, and racial justice. This is also why it is important to fight in multiple venues, not just electoral.

A cross race-class agenda is more likely to succeed if proponents acknowledge and redress the sectarian squabbling that has been the plague of left politics for centuries. Liberals, Marxists, social democrats, Christian Social Gospel advocates cannot and should not be expected to put aside the fundamental moral and strategic principles that animate their commitment to democracy and racial justice, but they can strive for a little humility by acknowledging the limits of their own perspectives even as they critique their opponents. Ian Haney Lopez has made an exemplary contribution to such an inclusive democratic politics.