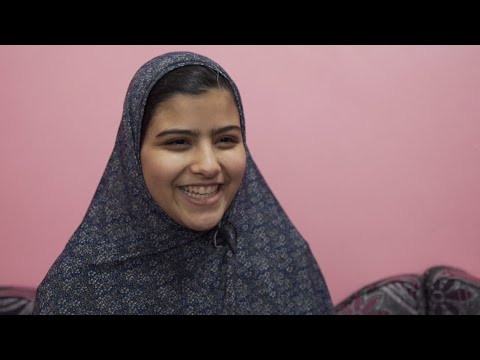 ( Human Rights Watch ) – June 30 was possibly the most important day of 2020 for Syrian refugee children. At the annual pledging conference for the “Future of Syria and the Region,” dozens of governments and multilateral donors pledged US$7.7 billion in humanitarian aid for Syrian refugees over the next two years.

But how much of that funding goes to schooling for Syrian children – who have been “robbed of their right to a decent education,” as United Nations relief chief Mark Lowcock reminded donors – is unclear. Many donors did not even mention education in their pledging statements.

The summit’s goal was to increase financial support for Syrian refugees and host countries, but pledges at last year’s conference were higher, at US$9.4 billion for two years. Yet donors’ support for education is vital for Syrian children.

In 2016, in the small city of Mafraq, Jordan, we met Amal, a Syrian refugee girl who was being educated at a center set up by a local sheikh. That year’s Syria pledging conference was supposed to be a turning point, with participants promising that “all refugee children and vulnerable children in host communities will be in quality education” by 2017.

But in 2017, Amal’s informal school lost its funding. The sheikh, Nour Waqfi, took out personal loans to try to keep it open, but in vain. He is still in debt. Meanwhile, Amal’s father sent her to work. Like 80 percent of Syrian refugees in Jordan, the family lived in poverty.

But Amal’s mother, Hanan, pushed back. She convinced her husband to let Amal leave her back-breaking farm work and persuaded Jordanian school officials to enroll her last year. “I want my kids to learn,” Hanan told us when we saw her again in March 2020. “I want them to have more than I had.” Amal now plans to finish secondary school.

But she is an exception. More than three quarters of Syrian refugee children drop out of education before secondary school, which is crucial for any child today. The promise made in 2016 of quality education for all children is being broken, almost a decade into the Syria conflict.

It is up to donors to make good on those promises. As Hanan, who married at age 14 and never learned to read herself, said: “My one wish is to educate my children, so that they gain something valuable in this life.”

Breanna Small is the NYU School of Law Fellow at Human Rights Watch for 2019-2020. She works in the Children’s Rights Division. During law school, she interned with Asilo in Europa, a refugee policy NGO in Italy, and with the Center for Economic and Social Rights in New York. As a member of NYU Law’s International Organizations Clinic, she conducted research on social protection policies and global governance.

Bill Van Esveld (Associate Director, MENA, Children’s Rights Division) began working on children’s rights in the Middle East and North Africa in 2015. For the previous six years he focused on Israel, the West Bank and Gaza. As the Arthur Helton research fellow at Human Rights Watch in 2007-08, he wrote or contributed to reports on Western Sahara and Sahrawi refugee camps in Algeria, asylum seekers in Egypt and Israel, and migrant workers in the United Arab Emirates.