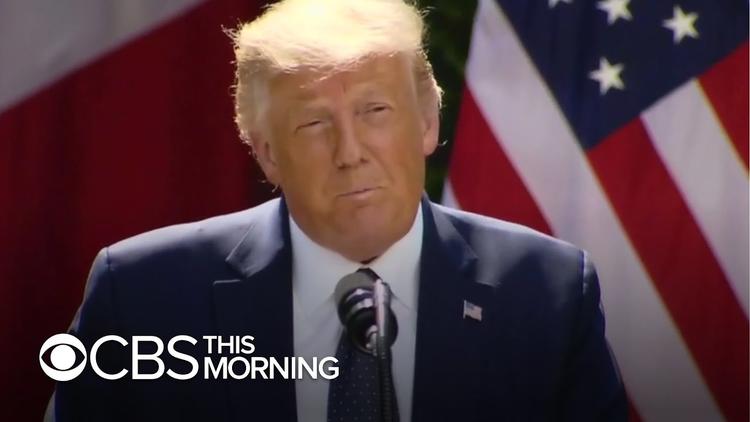 Ann Arbor (Informed Comment) – Trump is insisting that schools must open normally in the fall or he will cut their funding. About 10 percent of US K-12 education funding comes from the Federal government but most of it is paid for by local taxes. The Federal portion is allotted by Congress and Trump doesn’t have the authority to cut it. He also, it should be remembered, said he had the authority to set aside the will of Congress and spend Pentagon money instead on his vanity border wall. When it went to a Federal appeals court, it struck Trump’s move down as unconstitutional.

Trump’s motivation for wanting the schools open is suspect. Since the US does not, unlike civilized countries like Sweden, have a childcare system, families where both parents work use schools to park the children. If schools are closed, it makes it impossible for both parents to go off to work unless a grandparent will step in. Trump wants both parents at work ASAP to create the illusion of a return to normalcy, for the sake of his reelection bid.

Some industries can indeed return to a semblance of normalcy now, if they do not involve bringing large numbers of people together indoors for long periods of time during which they shout or sing or otherwise spew droplets from their mouths at fifty miles an hour.

Others, like sports events, movie theaters, stage plays, restaurants, bars meat packing plants, and church congregations (yes, the church is a service industry) are at special risk of spreading the virus.

The restaurant industry is about 4 percent of US GDP, at nearly $1 trillion a year. But it also anchors many downtowns, drawing consumers who also do some shopping.

Trump’s pressure to reopen all industries by Memorial Day was a disaster for Florida, Texas, and Arizona, the compliant governors of which kowtowed to the Orange One. In Texas, Governor Greg Abbott has now admitted that opening bars was crazy, since a bar is tailor made for spreading a contagious disease.

On the other hand, just because Trump is greedy and sociopathic in his inability to care about others does not mean he is wrong about school openings.

There are good reasons to open schools, and a French study found that small children do not appear to spread the disease very easily to each other or to their teachers and parents. They mostly seem to contract it from their elders rather than the other way around. Statistically, children form a microscopic proportion of those sickened by the virus, which instead mostly attacks older people with comorbid conditions and weakened immune systems.

High schoolers may be a different matter, but unfortunately there is no good scientific research on them as a coronavirus vector, as Jennifer Couzin-Frankel, Gretchen Vogel, Meagan Weiland point out at Sciencemag.org. Apparently getting research permissions for human subjects who are minors is an almost insuperable obstacle, and so researchers are stuck with working with imperfect reported statistics.

Reasonable people can agree or disagree about school openings. A lot of children cannot or won’t get online, lacking broadband or a calm enough home environment. Losing a year of education can set a student way back, and hence the society as a whole.

The problem for Trump and his henchman, VP Mike Pence, is that the Centers for Disease Control have issued guidelines for school reopenings that complicate the process. CDC is urging that desks be set far apart. You know that just is not going to happen in all schools.

It is also obviously riskier to open schools in areas with active and expanding outbreaks.

So in a news conference on Wednesday, Pence actually said that the CDC guidelines should not impede school reopenings, by which I think he meant that if the guidelines have to be ignored to get the school open, then they should be. Pence also peddles the line for Big Tobacco that smoking doesn’t cause cancer.

The problem is that policy is being driven not by public health concerns but by what is perceived as good for one man, Donald Trump.

Some schools should reopen. Some, in areas with high infection rates, probably shouldn’t. Other schools should stay closed. Trump wants one size fits all. And when you in the end stitch them all together, they will spell out T R U M P.