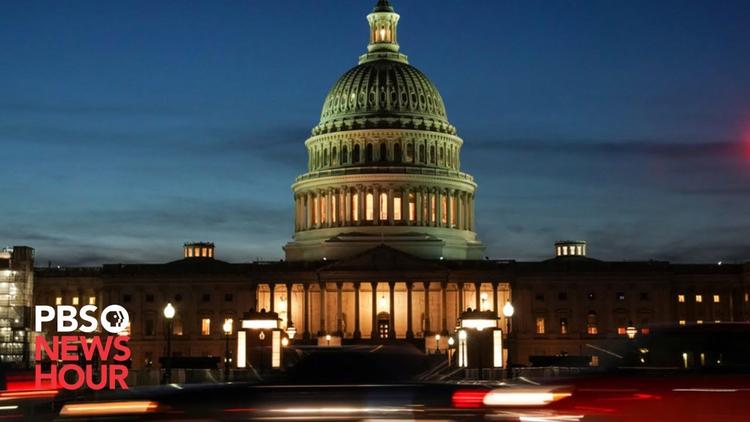 Ann Arbor (Informed Comment) – In a largely party-line vote by 233-183, the House of Representatives voted Wednesday to overturn Trump’s Muslim ban, according to Hassan Abbas at The Arab American News. The floor debate was presided over by Rep. Debbie Dingell (D-Michigan), and the final vote was presided over by Rep. Rashida Tlaib (D-Michigan). Both of them represent districts in southeast Michigan with large Muslim-American and Arab-American communities.

The vote is a sad confirmation that a key plank for the US Republican Party is now hatred of and exclusion of Muslims. Arab-Americans and Muslim-Americans have significant populations in several swing states, including Michigan, Ohio, Pennsylvania, New Jersey and Florida. In some states where the presidential vote is extremely close, as with Michigan, they could represent the margin of victory.

Justin Vallejo at the Independent reports that the bill limits the executive’s sphere of action on immigration, forbidding religious discrimination in the giving out of visas. It requires the State Department to come to Congress before it restricts travel. The real teeth of the bill is that it permits anyone injured by restrictions to sue in federal court.

“We’re going to outwork the hate. Congresswoman Dingell and I know there are more people in our country that are for love and acceptance and bringing people together to say no one should be discriminated against based on their ethnicity, faith, color of their skin or their sexual orientation. I’m going to proudly oversee a historic moment today. This is the most significant civil rights bill for Muslim Americans in our country. It’s a very historic moment in our time here in Congress.”

Tlaib is the first Muslim Palestinian woman in Congress, but represents Dearborn Heights, which is largely white and working class. She is up by almost 30 points over her challenger in this year’s election.

Abbas quotes Dingell as saying “This is something that has traumatized our communities. I was very honored to sit for the debate as so many of my colleagues got up to talk about why this is wrong. Many of their families are still in Yemen or Lebanon or Syria and multiple other countries in the Middle East. They are our doctors, nurses, teachers, pharmacists; they are the glue of our community.”

Dingell, who represents Ann Arbor and Dearborn, may represent more Muslim-Americans than anyone else in the House.

The bill was amended at the last minute to allow the president to exclude foreign visitors based on fear of disease spread, as a sop to representatives who felt that removing presidential prerogatives in that regard at this point in time would be imprudent.

Trump campaigned on a complete halt to Muslim immigration to the United States. Dingell pointed out that white supremacists have engaged in far more deadly terrorism than Muslim-Americans. Trump’s visa ban affects Iraq, Libya, Somalia, Syria, Yemen and Chad. Some officials in North Korea and Venezuela and Eritrea were also banned, but the wholesale prohibition on coming to the US targeted the first five Muslim-majority states. Early in 2020, some restrictions were placed on Kyrgyzstan, Myanmar, Nigeria, Sudan, and Tanzania. Of these, only Myanmar does not have a Muslim majority or plurality. The ban is clearly a Muslim ban, but a few minor restrictions were applied to non-Muslim countries so as to avoid it being struck down as discriminatory by the Supreme Court.

The 1965 Immigration Act forbids discrimination on the basis of religion.

Southeast Michigan has large Iraqi, Yemeni and Syrian populations. Minnesota has a large Somali community. The ban prevents relatives from seeing one another and interferes with university study and employment. Universities figured prominently among plaintiffs in the suits brought against the measures.

The bill will, of course, die in Senate majority leader Mitch McConnell’s graveyard, inasmuch as he will never allow it to come up for a debate or a vote in that body, and the Republican majority would probably in any case vote it down.

If Joe Biden wins the presidency, he has pledge to reverse the Muslim ban on “day one.” If the Dems can take the senate, it is nevertheless important to pass the new bill, since anything Biden does by fiat can just be undone by a subsequent Republican president. Indeed, the Democratic Party has a responsibility to pass a whole raft of laws limiting the president’s ability to do whatever he wants under the rubric of “executive orders.”