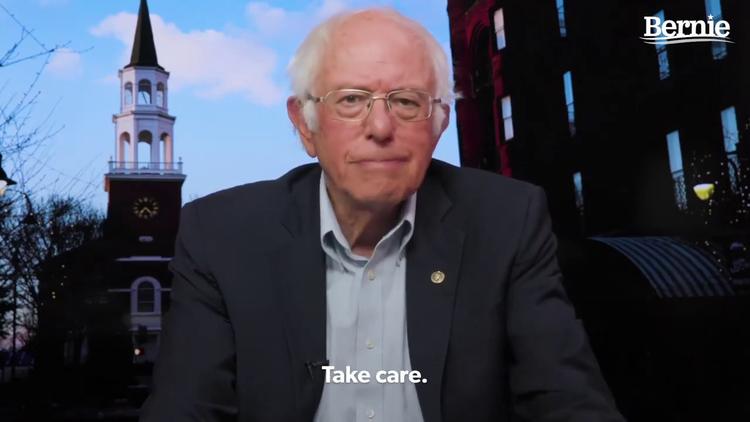 Ann Arbor (Informed Comment) – Progressive members of Congress will circulate a letter on Tuesday threatening US funding for Israel if the Netanyahu government proceeds with its plans to steal one third of the Palestinian West Bank in July. Hassan Abbas at The Arab-American saw an advance copy of the letter.

The letter to secretary of state Mike Pompeo is backed by Rep. Alexandria Ocasio-Cortez (D-NY), Rashida Tlaib (D-MI), and Senator Bernie Sanders (I-VT), among others. Pompeo has said that whether Israel annexes much of Palestine is for Israel to decide, ignoring the UN Charter and decades of international human rights laws embedded in US law by treaty.

“We write to you to express our deep concern over the planned annexation of occupied Palestinian territory by the government of Israel . . . Prime Minister Benjamin Netanyahu has said annexation could begin as early as July 1, 2020.

“Should the Israeli government move forward with these plans, they would actively harm prospects for a future in which all Israelis and Palestinians can live with full equality, human rights and dignity, and would lay the groundwork for Israel becoming an apartheid state, as your predecessor John Kerry warned in 2014.”

Such politely expressed concerns about the outcome of Israeli policies are not unprecedented. Nor is the statement of fear that Israel might be becoming an Apartheid state (it has been that for decades).

In fact, last week 189 Democratic members of Congress signed a letter to the Israeli authorities, supported by the Democratic presidential standard-bearer Joe Biden, which opposed West Bank annexation and expressed similar concerns. Such tut-tutting, however, has no teeth, and Netanyahu is well aware of it.

The progressives’ letter, however, takes a truly amazing turn:

“Members of Congress should not be expected to support an undemocratic system in which Israel would permanently rule over a Palestinian people denied self-determination or equal rights.,” the letter says. “Should the Israeli government continue down this path, we will work to ensure non-recognition of annexed territories as well as pursue legislation that conditions the $3.8 billion in U.S. military funding to Israel to ensure that U.S. taxpayers are not supporting annexation in any way.”

Threatening US funding for Israel (which is a middle income state like Austria and doesn’t need US taxpayer dollars) is a red line for the Israel lobbies.

It is unprecedented for so many members of Congress to take on the powerful Israel lobbies, which typically target congressional critics of Israel by giving money to their opponents’ campaigns and, often, unseating them. The US Congress is the only major legislature in the world where there are almost never any speeches condemning the Israeli military occupation of the Palestinian West Bank and Gaza, because of the effectiveness and ruthlessness of the American Israel Public Affairs Committee and its thousands of affiliates, which are reinforced by the Christian Right. AIPAC can generate 20 million letters to Congress by putting out a call.

Abbas quotes AIPAC’s opposing statement as saying that the progressives’ letter “explicitly threatens the U.S.-Israel relationship in ways that would damage American interests, risk the security of Israel (and) make a two-state solution less likely.”

This is typical mealy-mouthed propaganda. It is of course Netanyahu’s own determined destruction of the Oslo Peace Accords and his annexation monstrosity that puts the nail in the coffin of the long dead ‘two state solution.’

AIPAC had earlier let Congress know that it was all right to criticize Netanyahu’s annexation plan but warned them not to go beyond that in slamming Israel. The explicitness with which precise orders are given to the US legislative branch on behalf of a foreign power is breathtaking.

Given the fewness of signers of the progressives’ letter, this particular threat is without prospect of being carried out. Though, who knows when a signer might be in a position to hold up Israel-related legislation? Nevertheless, the letter is a turning point in US-Israeli relations since 1967, during which the American public and political elite has been happy to support Israeli colonization of the Palestinians (just as they largely supported Apartheid South Africa and other White Supremacist colonial projects). This letter is a bellwether of changing views of Israel among younger Americans.