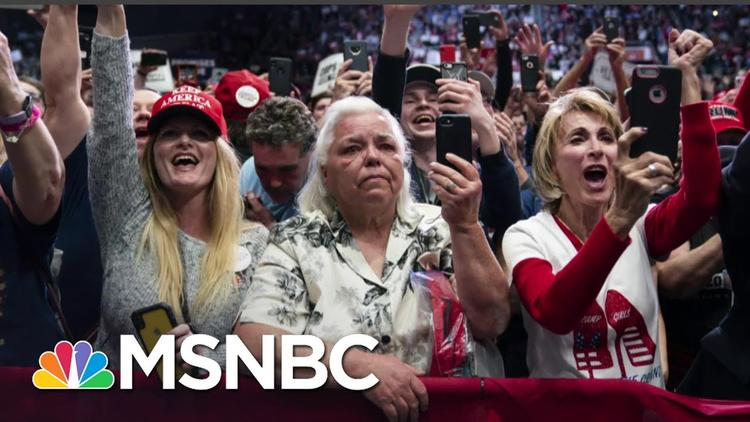 “It ain’t what you don’t know that gets you into trouble. It’s what you know for sure that just ain’t so.” Mark Twain

Should we find ourselves in the company of the Trumpies, does it make sense to engage them in a political conversation? If your real aim is to influence their outlook by confronting them with a reality check, most probably you will end up deeply frustrated having wasted your time and energy. Let me try to explain why.

First, we need to distinguish falsehood, from both willful ignorance and a lie. My discussion loosely follows the ideas of the Boston University philosopher of science, Lee McIntyre, elaborated in his recent book, Post-Truth (2018). “Falsehood” is an untrue claim without the intention of doing so. It could be due to an error caused by faulty memory or lack of knowledge. “Willful ignorance” involves harboring a belief that probably is false, but remain unwilling to seek the information that would show if it is false. Perhaps the person might be too lazy to look for such evidence.

Some degree of self-deception is inherent in all willful ignorance; an ideological bias might be behind it as well. Yet, knowingly clinging on to a dubious belief makes one, at least partly, culpable for perpetuating a false belief. (p. 155, 7). Finally, willful ignorance crosses over into a lie when one intentionally attempts to deceive others with falsehood. The driving power behind a lie is the act of deception—encouraging people to believe in something you know to be untrue for self-serving purposes

From a political perspective, lies are important because, to quote McIntyre, “every lie has an audience.” More than plain ignorance, or even willful ignorance, a lie is a social act and, especially in the post-truth era, a political one as well.

Keeping these distinctions in mind, to understand the challenges of conversing with the Trumpies, we need to understand why they so blithely believe Trump’s lies, half-truths, and distortions, even when confronted with unequivocal evidence to the contrary. Research on cognitive biases in the field of experimental psychology offers the best explanations. I will briefly discuss the three most important sources of cognitive biases. They are (1) motivated reasoning; (2) confirmation bias, and; (3) the backfire effect.

Nearly two millennia and a half ago, the great Greek historian, Thucydides, called attention to what today we call motivated reasoning by observing:

“It is a habit of mankind to entrust to careless hope what they long for, and to use sovereign reason to thrust aside what they do not fancy.”

Motivated reasoning is a natural human tendency that helps protect our preexisting beliefs against hostile evidence. We tend to accept what we want to believe more readily and with far less scrutiny than that which we don’t want to believe. To that end, we are inclined to seek evidence that supports and reinforces our beliefs, while ignore or dismiss facts that refute or contradict them. Most of the time such biases operate semi-consciously or unconsciously.

Confirmations bias is another human tendency to give greater weight to evidence that supports (confirms) our preexisting beliefs than to facts and information that undermine (disconfirm) them, even if the latter is more compelling.

Motivated reasoning and confirmation bias are closely related; often they work in tandem, but they are not the same. Motivated reasoning pushes us to believe more willingly any information that is in tune with our beliefs and outlook, but to remain hostile toward the information that conflicts with them. McIntyre provides detective work as an example. Typically, once a detective becomes convinced of the suspect’s guilt, she will actively search for any evidence that would support the guilty outcome while conveniently ignore those that may lead to an acquittal.

Confirmation bias, on the other hand, involves interpreting information in a manner that reinforces one’s pre-existing beliefs. It disposes one to give more weight to supporting evidence than to disconfirming one, even if the latter happens to be stronger. A good example of this bias is the religious dogma, creationism–a theologically inspired belief that God created humans in its present around 10,000 years ago. The creationists passionately embrace the biblical account of the creation, but ignore or dismiss evolution as “just a theory,” despite the enormous weight of the scientific evidence from fossil records that supports it.

The last, and in the light of the theme of this essay, the most consequential form of cognitive bias is the “backfire effect.” When people who are deeply attached to their preexisting beliefs are presented with facts that contradict them, they often react differently than expected. More than just resisting, the exposure to unwelcome information may backfire by provoking them to dig-in and intensify their preexisting convictions. The backfire effect was documented by Nyhan and Reifler in a series of experiments that began in 2005, titled “When Corrections Fail: The persistence of political misperceptions.”

The subjects were first shown fake news about the US having found Weapons of Mass Destruction (WMD), biological and chemical, in Iraq after the US invasion, which was, of course, false. Next, the subjects were presented with the corrected information in a speech by President George W. Bush’s where he admits no WMD was found in Iraq. To the researchers’ surprise, the subjects who most strongly believed Iraq had WMD, the correction not only failed to reduce their misperception but instead reinforced and fortified their preexisting belief about Iraq’s WMD. The correction had “backfired!” The moral is: trying to change the minds of the Trumpies with facts and reasoned arguments are likely to backfire by making them double-down on their false and distorted beliefs.

This brings me to the final point in this essay: What psychological purpose cognitive biases serve? They alleviate cognitive dissonance—a concept developed by the great American psychologist, Leon Festinger in his 1957 book of the same name. Those who had an introductory psychology course may recall this concept and the related idea of rationalization. Cognitive dissonance is a mental struggle (dissonance) caused by holding two contradictory ideas.

Here is an example: a friend has given you the answers to an upcoming important and very difficult exam. Being an overachiever, to protect your future career, you know you must perform very well on the exam. On the other hand, your self-image as an honest and highly ethical person is in complete disharmony with the idea of cheating on an exam. The anxiety produced by these clashing values associated with each belief (success versus honesty) demands some form of reconciliation, or what psychologists prefer to call rationalization to resolve the discord. Rationalization is a dissonance-reduction strategy to reconcile incompatible thoughts or ideas. It involves cognitive adjustments in your attitude to reduce conflict by inventing a new justification for the choices one will make. The purpose is to make you feel good about your decision. You might, therefore, rationalize cheating on the exam with the comforting thought that “everyone else probably is doing the same!” Cognitive biases operate the same way. Confirmation bias, for example, subjectively elevates one’s belief as it devalues hostile facts to diminish the conflict between the two.

No one, liberal or conservative, is immune from cognitive biases. Now and again, we all fall prey to them. However, the weightier one’s beliefs and perceptions, the higher the chances of one sliding into some variety of cognitive biases. In general, when challenged with hostile facts, people who are intensely committed to their outlook behave differently than the uninformed individuals. The latter often welcomes the correction and adjust their outlook accordingly. The former typically dismiss them and may even become more zealous! The Trumpies are distinguished by the potency with which the cognitive biases distort their thinking and overwhelm their ability to undertake a reality check. When Donald Trump boasts “I could stand in the middle of Fifth Avenue and shoot somebody, and I wouldn’t lose any voters” he intuitively knows these biases help preserve and even enhance the loyalty of his supporters.

I will end by citing a powerful passage that encapsulates how the three biases reinforce each other:

“A man with a conviction is a hard man to change. Tell him you disagree and he turns away. Show him facts or figures and he questions your sources. Appeal to logic and he fails to see your point … Suppose that he is presented with evidence, unequivocal and undeniable evidence, that his belief is wrong: what will happen? The individual will frequently emerge, not only unshaken but even more convinced of the truth of his beliefs than ever before.”

A person with an iron conviction is a person unreachable by facts and reason! The Trumpies belong on a pedestal marked unreachable!