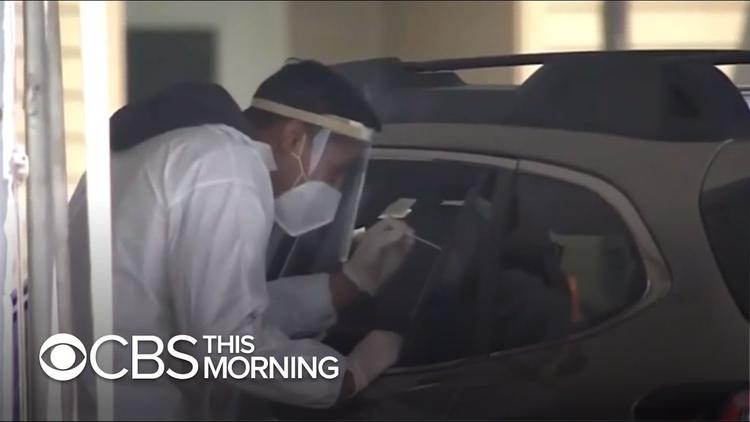 Southwest Harbor, Maine (Special to Informed Comment) – Centers for Disease Control guidelines on testing in the midst of the Covid19 pandemic have once again become a subject of attention and controversy. CNN summarizes the change: “The CDC, changing its Covid-19 testing guidelines, no longer recommends testing for most people without symptoms, even if they’ve been in close contact with someone known to have the virus. Many doctors are puzzled by the agency’s change.

Some doctors and infectious disease experts were more than puzzled; they were angry. One factor that makes this disease so dangerous is its capacity for asymptomatic spread. Perhaps as many as 40 percent of those infected show no symptoms. To get a handle on how and where the virus is spreading requires testing.

The current need for testing does not entail the conclusion that new discoveries or other forms of evidence might at some point becomes more appropriate or accurate. But there is no claim of a fundamental paradigm shift here. In response to criticisms it has received CDC now says individual states and physicians still have the right to make own choices. Nonetheless, this concession fails to address one of the greatest deficiencies of the whole Covid19 response, the lack of coordination and collaboration from the top.

CDC, by promoting advice that goes contrary to what many of its own experts advocate, is not only throwing fuel on the virus fire, it is lso further damaging its own reputation and undermining the practice and ethos of public health.

This recent CDC stance is political in two senses. Trump wants less testing because it will show him in a more favorable light. This may not be CDC intent bu and Trump may have played no role in this decision though that seems unlikely. At the very least CDC officials should surely have realized this would be the public perception. It is hard for many not to reach that conclusion, especially given the failure to discuss this change in advance. Future CDC efforts to foster widespread vaccination acceptance may suffer from a credibility gap for which the CDC itself is partially responsible. The Wall Street Journal reports::” Health officials are already fighting to overcome vaccine hesitancy and persuade the wary to get immunized against the coronavirus, as candidate inoculations move closer to approval.”

The longer term consequences of the CDC inept if not corrupt handling of this testing may be more significant. If the statistics regarding the death of our fellow citizens in a war against a pandemic are easily and often crudely manipulated and weaponized for immediate advantage perhaps there is no such thing as a common good that constitutes and is constituted by democracy. Perhaps as Mrs. Thatcher put it, there is no such thing as society. This painful realization discourages and delegitimizes efforts by health and social justice advocates to curb the abuses of unlimited markets. I prefer a different vision, eloquently expressed by Bonnie Honig.

“The democratic experiment involves living cheek by jowl with others, sharing classrooms, roads, and buses, paying for them together, complaining about them together, and sometimes even praising and enjoying them together, as picnickers will do on a sunny afternoon in Central Park. But the neoliberal corrective absolves us of this necessity and responsibility. One of the many sad ironies here is that Central Park—landscape architecture’s ode to the power of democratic beauty—is just a stone’s throw away from where barricades encircled Trump Tower from January to June.” http://bostonreview.net/politics/bonnie-honig-president%E2%80%99s-house-empty

Ultimately unless we can demand recommendations untainted by political and economic pressures whatever remains of the CDC is likely to have only grim news to report.