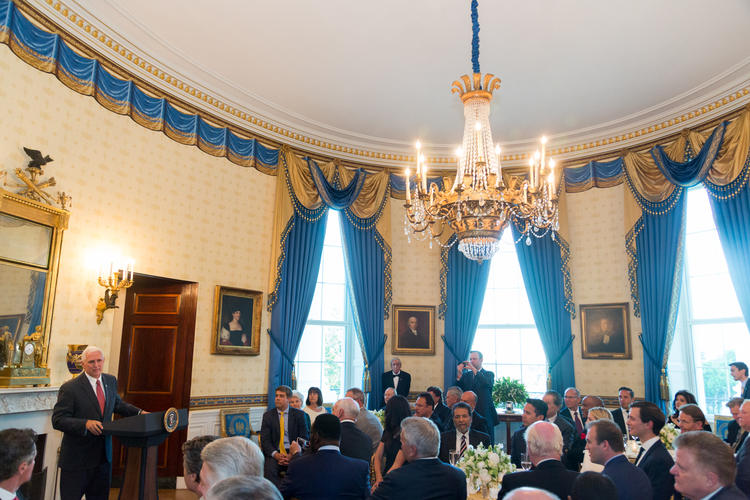 “He’s following the radical left agenda, take away your guns, destroy your second amendment, no religion, no anything, hurt the Bible, hurt God … He’s against God,” President Donald Trump told supporters during a recent trip to Ohio.

Trump was speaking about Joe Biden, the Democrat challenger for the White House. Never mind that Biden, a Catholic, has spoken openly and often about how his faith helped him cope with family tragedy, and wears rosary beads that belonged to his late son, Beau.

Trump’s statement echoed a strategy that paid dividends in the 2016 election and he is clearly hoping will do so again: appeal to the nation’s evangelicals using a political agenda wrapped in the language of faith.

Although a highly complex term which doesn’t lend itself to an easy definition, evangelicals generally believe in the literal truth of the Bible. They believe that the only way to salvation is through belief in Jesus Christ, and that salvation can only come through individual acceptance of God – often through a conversion or “born again” experience.

Studies suggest around a quarter of Americans consider themselves to be evangelical, although estimates vary. Eight out of ten white evangelicals supported Trump over Hillary Clinton in 2016.

From hands-off to front and centre

Those who sought to revive the common 19th-century name evangelical during the second world war were just as politically active as their more contemporary descendants. They testified before congressional committees, organised letter writing campaigns, and published editorials and articles in religious publications to support or criticise policies of the day.

But while their politics often leaned to the right, these founders of the modern evangelical movement largely eschewed party politics – as my own ongoing research is exploring. “We are rejoicing,” Clyde Taylor, secretary of public affairs for the National Association of Evangelicals (NAE), one of the major evangelical organisations in the mid-20th century, told members in early 1953, that the organisation, “has never allowed itself to become entangled with the political influences and parties of Washington.”

All that changed in the 1980s when close connections between the evangelical-influenced religious right and the administration of Ronald Reagan were developed consciously by conservative activists, both secular and religious, who saw advantages to creating greater ties between faith and politics.

Since the late 1980s religious conservatives have built networks of political, legal and social activism which have aggressively, and successfully, pushed their agenda into mainstream American politics.

A recent Pew Research Center poll indicated that although Trump’s approval ratings among white evangelicals have slipped slightly to 72%, eight out of ten still say they would vote for him again in November.

Yet given the focus on evangelical Trump supporters, it’s easy to overlook the 19% of white evangelicals, and those evangelicals of colour, who did not support Trump in 2016. Among the most prolific and high profile are John Fea, Messiah College professor of history, and Randall Balmer, professor of religion at Dartmouth College.

But there are others, such as the Red Letter Christians, a group who seek to “live out Jesus’ counter-cultural teachings” and whose focus on social justice tends to see them allied more often with the political left. In December 2019, even the leading evangelical publication Christianity Today published a widely reported editorial supporting Trump’s impeachment.

Although these divisions run deep within the evangelical community, they have scarcely caused a ripple in American culture more generally. So why has the political impact of these anti-Trump evangelicals been relatively small?

First, the “evangelical left” has always struggled to achieve political impact, often attracting enthusiastic support but not huge numbers. Second, the anti-Trump category is so large and diverse, and based on so many different issues, that it’s easy for any one group to be submerged into the larger howl of protest.

And third, evangelicals are a diverse group who disagree on many issues. Significant as it is within the evangelical community, the evangelical left is probably neither big enough nor sufficiently cohesive to have much of an electoral impact in November.

Ramping up the rhetoric

When commentators say Trump is speaking evangelicals’ language, what they mean is not the language of theology and faith, but the language of politicised religion that has come to form a large part of what’s now frequently referred to as the “culture wars” in America.

Trump began employing this language during the 2016 campaign and has continued throughout his term in office. He has consistently claimed that people of faith are “under siege,” language which pointedly echoes a common refrain from evangelical leaders.

He also promised to “totally destroy” the Johnson amendment which bars non-profit organisations such as churches from endorsing or opposing particular candidates – although he hasn’t done so. And he became the first sitting president to address the annual anti-abortion March for Life rally in 2020.

In this light, Trump’s claim that Biden poses a threat to the American faithful is part of a much longer history of the politicisation of conservative Christianity. It’s increasingly associated with issues such as free market capitalism, support for the state of Israel, abortion, gun ownership and religious liberty rights. The rhetoric, promises and symbolism has far outstripped the reality of policy change, but that does not appear to matter a great deal.

Evangelicals who feel that “America is becoming a more difficult place for them to live,” believe Trump hears their fears, takes them seriously, and responds. And such symbolism is working: in March, 81% of white evangelicals said the Trump administration had helped their constituency.

As the November election nears with Trump behind in the polls, expect him to turn more and more to those within his constituency, both secular and religious, on whom he has relied for affirmation and support. It’s likely there will be more claims of religious liberty under threat and more merging of religion with issues such as gun control, abortion and economic policy.

But evangelicals might heed a warning issued in 1950 by then NAE president, Stephen Paine, that evangelicals should be wary of increasing engagement with the government. They risked the state filling “the place which the Lord should be,” and officials telling them what they wanted to hear while failing to provide real answers. Neither state nor faith benefited from their mingling, he argued. It’s a warning that clearly echoes in the 2020 campaign.