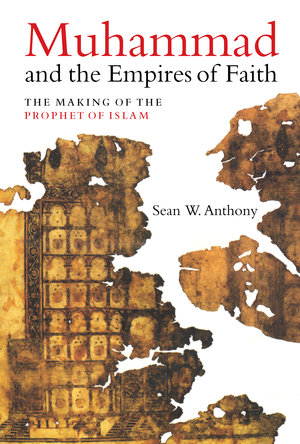 What can modern historians know about the historical figure of the prophet Muhammad? Can modern historians and their critical methods add anything new or, at the very least, be more certain about aspects of his life than generations past? In 1968, the French orientalist Maxime Rodinson began his influential biography of Muhammad with a dour confession. “My book,” he wrote, “does not propose to bring out new facts about the subject. None have been discovered for a long time, and it is unlikely that any will be.” Some modern historians, like Rodinson, have answered the above questions in the negative and thus held the view that very little remains to be said about the historical Muhammad at all.

The Empires of Faith and the Making of the Prophet of Islam (Berkeley: University of California Press, 2020). [Click here to order].

However, this is not the only view prevalent among modern historians and is, I hope, on the decline. In a popularizing article written four decades later in 2008, the late Patricia Crone, a Danish-born historian and our field’s most brilliant skeptic, expressed almost the inversion of Rodinson’s gloomy view. She wrote, “[W]e probably know more about Mohammed than we do about Jesus (let alone Moses or the Buddha), and we certainly have the potential to know a great deal more.” This was quite an optimistic take—even rather unexpected coming from a skeptic such as Crone. The gulf separating the views of these two scholars was not merely the idiosyncrasies that separate one scholar’s view from another’s. Instead, considerable changes had swept the field. But what changed in the intervening decades between when Rodinson and Crone wrote their respective views?

In my view, four monumental changes stand out. The first monumental change to have occurred in the field is a new, and still evolving, understanding of the history of the Qurʾan. This has been made possible especially by a renewed interest in the material history of the early Arabic text of the scripture. In part, this development was due to a new infusion of energy shot into qurʾanic studies by the discovery of ancient Qurʾan manuscripts in the Grand Mosque of Sanaa, Yemen; however, this discovery occurred in 1972.

The actual changes to the field were decades in the making—at least three decades really—and required the results of radiocarbon dating and new breakthroughs in Arabic paleography (i.e., the study of the historical evolution of the Arabic script). The discoveries confirmed that the Qurʾan dates to the earliest days of Muḥammad’s followers and that it stands as the most important document of primeval Muslim religiosity. Such discoveries also inspired a renewal of the mandate to undertake comparative readings of the message of the Qurʾan against the backdrop of the religious and intellectual changes afoot in Arabia and the broader Near East from the sixth to seventh centuries.

The second monumental change underway is thanks to new discoveries in the archaeology of the early Islamic period and fresh assessments of the material evidence from the era. With regard to the historical Muḥammad, most of our newest insights come not merely from famous monumental and official inscriptions commissioned by early caliphs and their officials – such as those found on the Dome of the Rock in Jerusalem – but also from non-official inscriptions of everyday people who recorded in graffiti and carved into stone their piety and reverence for Muḥammad as their prophet and guide. Most dramatic of all for the study of the life Muḥammad have been the new finds and syntheses in Arabian epigraphy, both pre-Islamic and early Islamic.

Thirdly, non-Muslim sources on the life of Muḥammad, his early followers and the Islamic conquests have finally come to play a prominent role in how modern historians reconstruct the history of the first Islamic period. Mostly written in either Greek, Syriac or Armenian, these early sources are chronologically nearer to the events they describe, often rely on or are themselves eyewitnesses to the events they describe and, moreover, may predate the earliest known Arabic literary sources on the life of Muḥammad by as much as a century.

Lastly, our understanding of the literary sources in Arabic is undergoing a massive shift leading to changes in how we understand the survival, preservation, and beginnings of historical writing in Arabic. A common cliché that one finds in older literature is that our oldest surviving biography of Muḥammad is that of Ibn Ishaq (pronounced: Ibn Is·haq), a scholar from Medina who joined the court of the Abbasid caliphs in the wake of their revolutionary takeover of the early Islamic empire in 750 CE, and that we can only know Ibn Ishaq’s work through his later redactor, Ibn Hisham.

According to this cliché, this biography of the prophet Muḥamamd is, thus, a bottleneck of historical knowledge—one can take it or leave it as a historian, but not really work with it. The cliché, however, is wrong. Not only is this canard manifestly false, but new research into the evolution of early history writing in Arabic has enable us to point to an array of sources that are not merely contemporary with Ibn Ishaq, such as Maʿmar ibn Rashid (see my translation of this work), but also substantial fragments of works earlier than his.

In my new book, Muhammad and the Empires of Faith, I aim to take stock of these new developments and to propose a new course forward for writing about and studying the life of Muhammad from the viewpoint of academic historians. I believe that Crone was right to be optimistic. The study of the historical Muhammad has its best days ahead of it.

Sean W. Anthony is Associate Professor of Near Eastern Languages and Cultures at Ohio State University and author of The Caliph and the Heretic: Ibn Saba and the Origins of Shiism and Crucifixion and Death as Spectacle: Umayyad Crucifixion in its Late Antique Context., and the translator of The Expeditions: An Early Biography of Muḥammad .