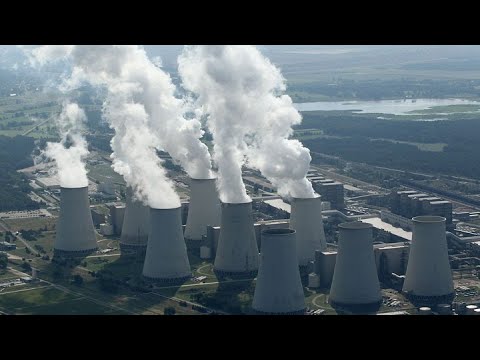 Increasing heat-related deaths due to climate change reveal an unequal world, with people in poorer countries at much higher risk.

( TheThirdPole.net) – Unless the world curbs greenhouse gas emissions significantly, extreme heat could become a major global killer by the end of this century, equalling death rates for all infectious diseases combined, including tuberculosis, HIV and malaria.

In the largest international study till now on health and financial impacts of temperature-related deaths, the Climate Impact Lab said climate change’s effect on temperatures could raise global mortality rates by 73 additional deaths per 100,000 people in 2100 under a continued high emissions scenario, compared to a world with no warming.

Climate change has led to heat waves that are longer, more intense and more frequent. Researchers say the increasing heat will take a worsening toll in human lives as temperatures continue to rise.

“Previous research has significantly understated climate change damages due to mortality,” said the study published by the National Bureau of Economic Research. “The mortality damages we estimate in 2100 account for 49% to 135% of total damages across all sectors of the economy according to leading IAMs.”

The perils of extreme heat are also grossly unequal. The poor and marginalised are likely to be much more vulnerable to extreme heat. People in countries such as Ghana, Sudan, Pakistan and Bangladesh may face an additional 200 or more deaths compared with the global average of 73 per 100,000 people.

“The data show that poor communities don’t have the means to adapt, so they end up dying from warming at much higher rates,” said co-author Tamma Carleton of University of California.

“In poor hot countries, the heat may be even more threatening than cancer and heart disease are today,” said Michael Greenstone of the University of Chicago, another co-author of the study.

To analyse the historical links between temperature records and mortality data, the multi-institutional team of the Climate Impact Lab studied 399 million death records in 41 countries, about 55% of the global population.

“This means an average American imposes about USD 575 worth of unpaid-for death-related harm on the world each year by emitting 15.7 tonnes of CO2,” said co-author Robert Kopp of the Rutgers Institute of Earth, Ocean, and Atmospheric Sciences. “By comparison, the entire foreign aid budget of the US amounts to about USD 150 per person.”

Richer countries will be able to spend more to adapt, through more air conditioning and better health infrastructure, which would see smaller increases in heat-related deaths, the study found.

If nations meet the goals of the Paris climate accord, an estimated 84% of the additional heat-associated mortality would be avoided compared with the high-emissions scenario, it said.

This is not the first time a study has revealed the stark inequality in the effect of ambient temperatures on death in human populations. Using district-level daily weather and annual mortality data from 1957 to 2000 in India, researchers at the Energy Policy Institute at the University of Chicago (EPIC) in 2017 found that hot days led to substantial increases in mortality in rural but not urban India.

An October 2019 study by the Climate Impact Lab had found that by 2100, around 1.5 million more people are likely to die every year in India as a result of climate change, a rate that is as high as the death rate from all infectious diseases in the country today.

With continued high emissions, the average annual temperature in India is projected to increase from about 24 degrees Celsius to about 28 degrees by the end of the century, the 2019 study had found.

Extremely hot days are expected to greatly increase, with days over 35 degrees Celsius increasing from about five per year in 2010 to about 42 every year in 2100.

“These findings are a reminder that we have to keep making concerted, long-term efforts to build resilience to extreme heat,” Kamal Kishore, member of National Management Disaster Authority, had said at the release of the report on October 31 last year.

Productivity loss due to heat stress in India, brought on by rapidly rising temperatures, will be equivalent to 34 million full-time jobs in another 10 years, the International Labour Organisation (ILO) said in a report in July 2019.

Agriculture and construction work are expected to suffer the most, ILO said. This is bad news for India, where farming is the single largest occupation, followed closely by construction work, where people have to work for long hours in the hot outdoors.

Millions of outdoor workers in India are already finding it difficult to work as temperatures rise every year, hurting productivity and health.