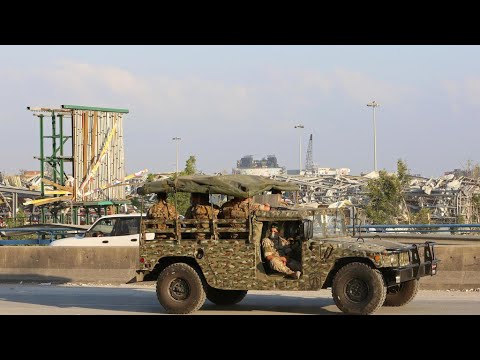 By Tamirace Fakhoury and John Nagle | –

The finger of blame for the Beirut explosion is pointing at Lebanon’s corrupt and criminally negligent political leadership. Amid continuing protests, the government of prime minister Hassan Diab resigned on August 10, though ministers will stay on in a caretaker role until a new cabinet is formed.

Lebanon’s power-sharing system, which sustains sectarianism and thrives on corruption, is propped up by international powers. Rather than promote meaningful reform, countries such as France, the US and the UK have historically viewed power-sharing as a stabilising force.

Based on a 1943 National Pact, Lebanon’s power-sharing formula allocates political offices along sectarian lines, including between Christian, Druze, Sunni and Shia factions. This undermines meritocracy and encourages polarisation.

Still, power-sharing in Lebanon is not a reflection of ancient sectarian hatreds. It is largely the product of the French Mandate between 1923 and 1943, which cemented sectarianism in public life. So it was ironic that when the French president, Emmanuel Macron, arrived in Beirut in the aftermath of the explosions, he called for a new pact for Lebanon in the guise of a National Unity Government.

When Lebanese power-sharing was revised to end the civil war in 1989, international actors were again involved. As a reward for joining an anti-Iraqi coalition led by the US, the international community gave Syria the green light to act as Lebanon’s guardian.

Myths of stabilisation and resilience

Lebanon is inappropriately imagined as the Switzerland of the Middle East, a place where multiple religious groups coexist and a veneer of cosmopolitanism reigns. Any attempt to transform power-sharing is resisted by warlord elites. Reforms such as phasing out sectarian appointments have been frowned upon by political leaders on the basis that they would lead to the terrifying violence seen in neighbouring countries.

The international community often frames Lebanon’s political system as the lesser evil in the context of autocratic fortresses in the neighbourhood. Rather than helping the country move to end political sectarianism, as Lebanon’s post-war peace accord stipulates, power-sharing has become an invasive species, colonising the state.

In an attempt to shield itself from the blowback effects of the Arab Spring, the international community has shifted away from policies aimed at deepening democracy in the Middle East to those of pragmatic realism. Stabilisation rather than change is the goal.

Meanwhile, Lebanon has received more than a million displaced Syrians since the civil war began in 2011. While Lebanon initially adopted an open-border policy towards Syrians fleeing violence, it closed its borders in 2014, cracking down on the livelihoods and rights of displaced people. Yet the international community has lauded Lebanon’s so-called hospitality, portraying it as a pivotal actor in the international refugee regime.

Lebanese politicians leverage the state’s value as a refugee host, warning that any destabilisation of Lebanon would trigger waves of refugees to Europe. The EU has closely cooperated with Lebanon’s governing elite since 2012 to build resilience, in programmes aimed at empowering refugee and host communities.

But the EU’s resilience-building rhetoric conceals accumulated vulnerabilities, injustices and political abnormalities. In response, civil society activists and analysts have cautioned against the EU’s cooperation with Lebanon’s corrupt elite. The false allure of regional stabilisation only consolidates elite power, rather than addressing the needs of citizens and refugees.

Lebanon’s crises have multiplied in recent years. In 2015, a massive garbage crisis epitomised the decline of public services and rising corruption. Yet, in April 2018, the international community used the Cedre Conference to pledge more than US$11 billion to strengthen and develop the Lebanese state.

Back then, the Lebanese government presented “a vision for stabilisation, growth and employment”. In return, the international community called for a follow-up mechanism to track reforms as a condition to unlock pledged grants and loans. Yet, the international community’s call for reforms remained ineffectual and couched in vague terms – and the follow-up mechanism never materialised.

In October 2019, Lebanon’s political leaders faced unprecedented protests demanding the dismantling of sectarian institutions. International powers vowed not to funnel aid to the Lebanese government unless it embarked on radical reforms.

The August 4 blast, however, imposed new realities in the architecture of international aid to Lebanon. Transformed into a site for post-disaster restructuring, Lebanon needs urgent aid. On August 9, France co-hosted an international conference that pledged US$300 million for humanitarian relief and reconstruction.

The international community must ensure that this aid does not prop up defunct institutions and inept sectarian leaders.

Myths of stabilisation and resilience-building during overlapping crises have double-edged consequences for Lebanon. By not engaging with the roots of dispossession and conflicts, international powers promote short-term versions of resilience, stability and humanitarian protection. This papers over dysfunctional institutions and deteriorating livelihoods.

Such recipes are counterproductive. Rather than encouraging citizen resilience, they consolidate the robustness of political leaders who feel empowered enough to tread on their citizens’ suffering and hopes.

Only the Lebanese can cast off their own warlords and kleptocrats through new elections and a homegrown political system that strengthens the rule of law and weakens the grip of patronage and sectarian identities on state institutions. Yet the international community can help – by refraining from bolstering and legitimising their rule.