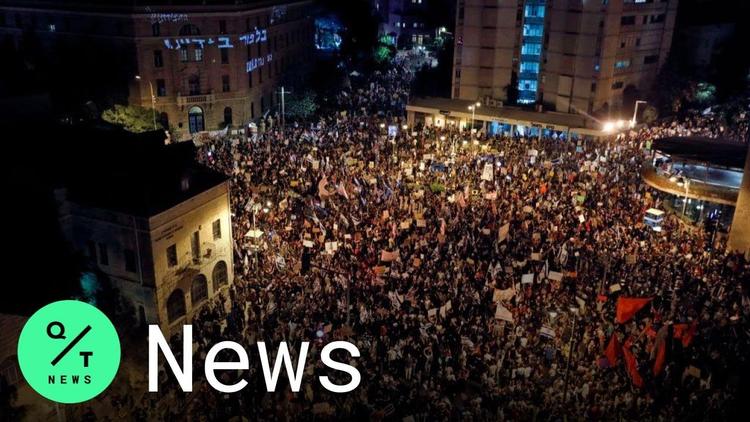 An article in Haaretz last week highlighted the possibility of young Israelis emigrating [because of COVID-19], which brought Israel’s obsession with demography to the forefront of the agenda yet again. More than 70 years since Israel was established in Palestine, its leaders, political parties and strategists are still trying to persuade Jews from around the world to migrate to the “Jewish state” in order to achieve demographic supremacy over the indigenous Arabs. They also need the skills that such migrants might have. Jewish immigrants are the lifeblood of the colonial state and they enter the country at the expense of the Palestinian people and their homeland.

Researchers agree that there are reasons for the decline in Jewish immigration, not least the fact that they feel secure in their home countries and the attractions that Israel has to offer, especially the economic benefits, are not so great. Conferences in Israel between 2000 and 2019 urged decision-makers to prioritise Jewish immigration, which was falling, while the Palestinian population witnessed high growth rates inside Israel and the occupied Palestinian territories of the West Bank and Gaza Strip.

The focus has switched to attracting Jews from India and Argentina over the past two decades, following the decline of immigrants from highly developed countries such as the US, Canada, France and Britain, for example. A self-declared “Jewish state” does, after all, need Jewish citizens.

The Zionist movement was able to attract about 650,000 Jewish immigrants up to May 1948, when the state was established. Successive Israeli governments have worked hard to attract Jewish immigrants, and today the population stands at around 9.2 million people, 74 per cent of whom are Jews.

The government does not expect to see immigration increasing over the next decade, and coupled with the apparent willingness of young Israeli Jews to emigrate this is a major concern for the authorities. The government’s response to the coronavirus pandemic and rising unemployment isn’t helping matters in this respect.

The majority of the world’s Jews are citizens of the US and Europe, where development indicators are higher than those in Israel, and so there are no economic or other factors pushing Jews to leave their countries of origin and move to the “Jewish state”.

This is why, I believe, the government of Benjamin Netanyahu last year introduced the “Jewish Nation-State Law”, not only to attract Jewish immigrants, but also to ensure that the “Jewish” nature of the colonial state is protected by law against the increasing Palestinian Arab population. Derogatory comments about the latter have included claims that this is a “demographic time bomb” for Israel.

In the meantime, the state continues with its efforts to attract Jewish immigrants. South African and Ethiopian Jews are being targeted, as well as those from Argentina and India. Will this be enough to “save” Israel from the indigenous Arab population becoming the majority in the “Jewish state”? Only time will tell. Meanwhile, the case for a single democratic state between the River Jordan and the Mediterranean Sea, with equal rights for all citizens, gets stronger by the day.

Nabil Sahli is a Palestinian writer resident in the Netherlands.