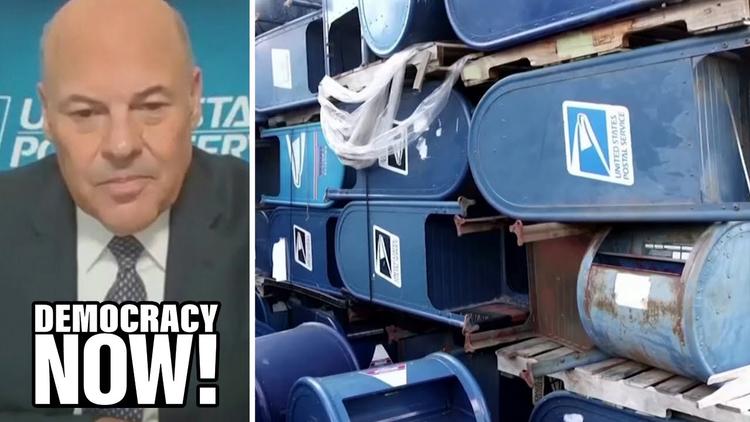 I’ve been a postal driver for over 20 years. I’ve never seen an attack on the service like this one.

As a 20-year postal veteran, I had only one reaction: DeJoy needs to be Returned to Sender.

DeJoy, a Trump fundraiser who owns millions worth of stock in Postal Service competitors, has been on the job barely two months. But already, his changes have caused serious delays in delivery.

Ostensibly, these moves are cost-saving measures. But it doesn’t take a partisan cynic to understand how this kind of disruption could affect voting in November’s election. The president himself has said he hopes as much.

Postal employees pride ourselves on a culture of never delaying the mail. Our unofficial mantra can best be summed up as, “Mail that comes in today, goes out today — no matter what.”

We are now being told to ignore that. If mail can’t get delivered or processed without overtime, it is supposed to sit and wait. That can mean big delays.

For example, letter carriers normally split up the route of a colleague who’s on vacation or out sick. These carriers each take a portion of the absent employee’s route after completing their own, often using a little bit of overtime. Now, that mail doesn’t get delivered until much later.

Then there’s the mail that arrives late in the day. Before, late arriving mail would often be processed for the next day’s delivery, even if that required the use of overtime. Today, that mail sits in the plant at least until the following evening. Mail arriving late on a Saturday or a holiday weekend could be delayed even longer.

In the plants, meanwhile, the short staffing of clerks means it takes longer to get all the mail through the sorting machines. To make matters worse, under orders from DeJoy, mail processing equipment is also being scrapped.

Even though the processing takes longer, drivers aren’t allowed to wait on it. Postal truck drivers are being disciplined for missing their departure time even by a few minutes — even if they haven’t gotten all the mail they’re supposed to haul. In some cases, the trucks that leave are completely empty!

With package deliveries up by 50 percent during the pandemic, as the Institute for Policy Studies reports, large mail trucks operating between facilities are often already full. Imagine how much mail will get left behind when that’s combined with seasonal holiday mail, or a large number of absentee ballots.

Finally, DeJoy’s proposals to cut hours of operation at many smaller post offices — and the removal of many public mailboxes — will make it harder for the public to access postal services.

When you limit hours to 9 a.m. to 2 p.m. and close on Saturdays, you eliminate access for anybody working the day shift. Throw in mandatory closure for lunch breaks in the middle of the day, and it makes matters that much worse for our customers.

Postal workers have been doing their best to keep the nation’s mail and packages moving in these difficult and hazardous times. We don’t deserve these attacks.

DeJoy now says he’ll delay more changes until after the election, but he also had the nerve to tell Congress he wouldn’t replace the 600 sorting machines he’d already removed.

James E. Varner is the Director of Motor Vehicle Service at American Postal Workers Union Local 443 in Youngstown, Ohio. This op-ed was adapted from a letter published in the Warren Tribune-Chronicle and distributed by OtherWords.org.

Democracy Now! “”The Damage Has Been Done”: Historian Says Trump’s Postmaster Has Undermined Faith in 2020 Election”