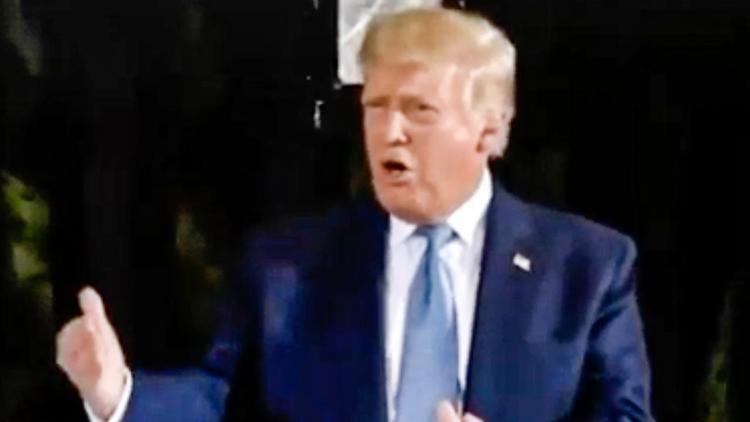 In the face of a historic public outcry, the postmaster general has promised to stop sabotaging essential services — temporarily.

( Otherwords.org) – Skyleigh Heinen, a U.S. Army veteran who suffers from rheumatoid arthritis and anxiety, relies on the Postal Service for timely delivery of her meds to be able to function. She was one of thousands of Americans from all walks of life who spoke out recently to demand an end to a forced slowdown in mail delivery.

The level of public outcry in defense of the public Postal Service is historic — and it’s having an impact.

Shortly after Postmaster General Louis DeJoy took the helm in June, it became clear that the fox had entered the henhouse. President Trump had gained a powerful ally in his efforts to decimate the public Postal Service.

Instead of supporting his frontline workforce, DeJoy has made it harder for them to do their job.

For example, he banned overtime, ordering employees to leave mail and packages behind if they could not deliver it during their regular schedule. Until this point, postal workers had been putting in extra hours to fill in for sick colleagues and handle a dramatic increase in package shipments.

President Trump threw gas on the fire by gloating that without the emergency relief he opposes, USPS couldn’t handle the crisis-level demand for mail-in voting.

At least 21 states filed lawsuits to block DeJoy’s actions, while Taylor Swift charged that Trump has “chosen to blatantly cheat and put millions of Americans’ lives at risk in an effort to hold on to power.”

After all this, DeJoy announced he’s suspending his “initiatives” until after the election.

This is a victory. But it’s not enough.

DeJoy’s temporary move does not address concerns about the threats to the essential, affordable delivery services that USPS provides to every U.S. home and business, or the decent postal jobs that support families in every U.S. community. These needs will continue long past November 3.

Second, DeJoy has made no commitment to undo the damage he’s already done. And he promised only to restore overtime “as needed.” Will he replace all the missing mail-sorting machines and blue boxes? Will he expand staff capacity to handle the backlog he’s created and restore delivery standards?

Third, DeJoy makes no mention of the need for pandemic-related financial relief. USPS has not received one dime of the type of emergency cash assistance that Congress has awarded the airlines, Amtrak, and thousands of other private corporations.

While the pandemic has been a temporary boon to USPS package business, the recession has caused a serious drop in first-class mail, their most profitable product. Postal economic forecasters predict that COVID-related losses could amount to $50 billion over the next decade.

DeJoy has proved he cannot be trusted to do the right thing on his own. Congress must step in and approve at least $25 billion in postal relief — and legally block actions that undercut the ability of the Postal Service to serve all Americans, both today and beyond the election.

For the American people, this is not a partisan fight. We will all be stronger if we can continue to rely on our public Postal Service for essential services, family-supporting jobs, and a fair and safe election.

Sarah Anderson directs the Global Economy Project at the Institute for Policy Studies. More research on the Postal Service can be found on IPS site Inequality.org. This op-ed was distributed by OtherWords.org.