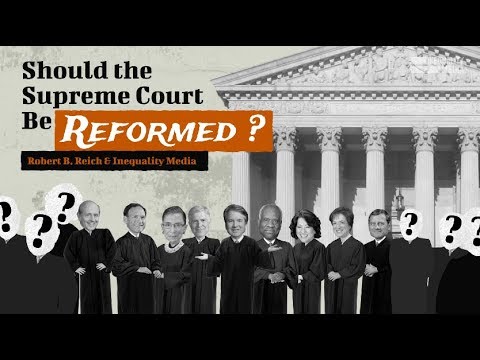 Ann Arbor (Informed Comment) – Senate majority leader Mitch McConnell was asked what he would do if there was a vacancy on the Supreme Court in 2020. He smirked like a mischievous turtle, and said unhesitatingly, “We’ll fill it.” By “we” he meant not the American people but the unrepresentative Republicans in the Senate. Russell Wheeler at Brookings points out that “the senators who confirmed Justices Clarence Thomas, Gorsuch, and Kavanaugh represented less than half the population.” They were also acting on behalf of a president, Trump, who lost the popular vote by a margin of 3 million.

The electoral college has given us minority rule in all three branches of government. It is likely one of the reasons we have so much unrest in our streets. McConnell deployed this dictatorship of the minority to block a vote on Obama appointee Merrick Garland, on the grounds that a new justice should not be confirmed in an election year.

McConnell will now break his own rule, which was arbitrary and idiosyncratic in any case, to advance a dictatorship of the minority.

Since I study global history, McConnell’s behavior reminds me of dictators in the global South. For instance, Pakistani general Pervez Musharraf provoked a crisis in his country in 2007 by summarily firing 50 judges, including the Chief Justice, because they would not let him run for president. (He had not been out of uniform for the required 2 years). He then packed the Supreme Court. But he was driven from office by massive public protests in the aftermath. The chief justice typically recommended justices and that was ratified by the president. Musharraf had made the law unstable by intervening for the dictatorship of the minority (himself). He was overthrown and has been in disgrace ever since, barely avoiding being sentenced to death for treason. I am not saying that Mitch McConnell should be treated like Musharraf was. I am saying that it is difficult to see the difference between what Musharraf did and what McConnell is doing.

As Wheeler notes, a lot of serious observers believe we need to go beyond restoring the will of the majority on the court and restructure it so that every vacancy is not a fight to the finish between the two parties. There has been a tendency to try to put young ideologues on, in hopes they’ll have a fifty-year reign. But that move deprives the court of the wisdom of older jurists and guarantees both inexperience and ideological blinkers on the court.

Pete Buttigieg picked up the suggestion from a law journal that the court be expanded to 15, with 5 from each party, but the final five to be elected by sitting judges forced thus to compromise with one another. That would suit me.

Another possibility is to put in term limits. The constitution guarantees judges tenure for as long as they are well behaved. But there is no guarantee that they would be on the Supreme Court for life. They could rotate out to another judgeship, if they wished, after a fixed period of time.

If the Democrats win both the presidency and the senate, they must do something about the dictatorship of the minority on the court, and they ought to come in prepared to introduce serious reform so that our laws reflect the will of our 330 million people rather than that of a few corrupt billionaires allied with hypocritical religious fundamentalists.

“Should the Supreme Court Be Reformed? | Robert Reich”