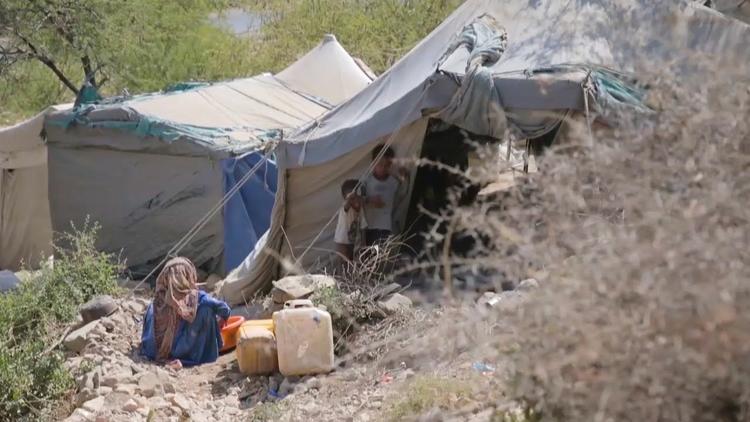 (Human Rights Watch) – The Houthi armed group and other authorities are severely restricting the delivery of desperately needed aid in Yemen, Human Rights Watch said in a report released today. The situation is exacerbating the country’s dire humanitarian situation and weakening its response to the Covid-19 pandemic.

Obstruction of Aid in Yemen During Covid-19

The 65-page report, “Deadly Consequences: Obstruction of Aid in Yemen During Covid-19,” details systematic interference in relief operations by Houthi authorities, Yemen’s internationally recognized government and affiliated forces, and the United Arab Emirates (UAE)-backed Southern Transitional Council. Despite increased needs, donors slashed funding in June 2020, partly because of the obstruction, forcing aid agencies to cut food, health care, and water and sanitation support to millions of people in need. The parties to Yemen’s five-year-long armed conflict should immediately end the obstruction. Donors should increase funding to aid agencies while pressuring the local authorities to respect the humanitarian principles of independence and impartiality. The United Nations should establish an independent inquiry into the extent of obstruction and shortcomings in the humanitarian community’s response.

“Millions have been suffering in Yemen because the Houthis and other Yemeni authorities have denied the UN and other aid agencies unhindered access to people in need,” said Gerry Simpson, associate crisis and conflict director at Human Rights Watch and author of the report. “Yemen’s decimated healthcare sector and the unchecked spread of Covid-19 make the obstruction and recent donor aid cuts catastrophic.”

Human Rights Watch, in May and June, interviewed by phone 10 Yemeni healthcare workers, 35 aid workers from UN and international nongovernmental organizations, and 10 donor representatives about aid obstruction and the Covid-19 response in Yemen.

A decade of political and economic crisis and over five years of conflict between the Houthis and a coalition of countries led by Saudi Arabia and Yemen’s internationally recognized government have crippled Yemen’s health care and other social services, triggering cholera and other disease outbreaks and widespread malnutrition. The UN calls Yemen the world’s worst humanitarian crisis, with 80 percent of the country’s 30 million people needing some form of aid. While funding the aid effort, the Unites States, United Kingdom, France, Canada, and others have sold arms to the Saudi-led coalition, worsening Yemen’s humanitarian crisis.

UN agencies and nongovernmental aid organizations have continued to reach millions in need, despite obstruction by the authorities. Aid workers described the wide range of obstacles they face, including hundreds of regulations severely restricting their work, lengthy delays in approving aid projects, the blocking of aid assessments to identify people’s needs, attempts to control aid monitoring, dictating or interfering with aid recipient lists to divert aid to authority loyalists, and violence against aid staff and their property.

Since late 2019, the UN and donor countries have increasingly pressed the Houthis to help agencies do their work, which, in mid-2020, resulted in the Houthis signing a backlog of project agreements that profess non-interference with aid agencies’ independence. But aid workers question whether officials will honor the agreement or, as they have in the past, make some concessions while introducing new restrictions.

In early June, the UN called for a massive scale-up in all health operations, including for Covid-19, saying that the virus in Yemen is “likely to spread faster, more widely and with deadlier consequences than almost anywhere else.”

As of August 30, the Yemeni government had confirmed 1,950 cases of Covid-19 and 564 Covid-19-related deaths. However, the real number is almost certainly much higher, given limited testing, a population with weakened immune systems, and a collapsing healthcare system that has repeatedly come under attack by warring parties. The Houthis have reportedly warned medical professionals not to report Covid-19 cases.

The Houthis on July 14 and August 13 responded to a letter setting out the Human Rights Watch findings, saying that aid obstruction allegations were baseless and that aid agencies alleging obstruction were following “political orders” from the US. Human Rights Watch has not received replies from the Yemeni government or the Southern Transitional Council.

Donor support to UN aid agencies collapsed in June, partly in response to the aid obstruction. As of late August, aid agencies had received only 24 percent of the US$3.4 billion they had requested for the year. A new fuel crisis, triggered in June by disagreements between the Houthis and the Yemeni government over how to regulate taxation of imported fuel, on which hospitals and water pumps depend, has further reduced Yemenis’ access to food, hospital care, and water supplies.

International humanitarian law forbids parties to a conflict from withholding consent for relief operations on arbitrary grounds and requires them to allow and facilitate rapid and unimpeded impartial aid to civilians in need. Unnecessary delays or obstruction of aid may also violate the rights to life, to health, and to an adequate standard of living, including food and water.

“Millions of Yemenis depend on the authorities letting aid flow freely for health care and other necessities,” Simpson said. “Donors should engage at the highest level possible with the Houthis and other authorities and press for an end to aid blockages and diversions and continue to support humanitarian groups that reach people in need, despite the enormous challenges.”