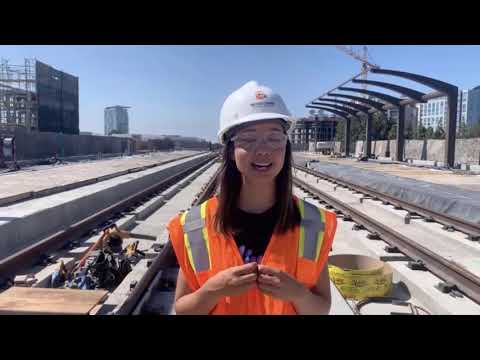 Southwest Harbor, Me. (Special to Informed Comment) – Liberal Democrats and conservative Republicans share a problematic assumption: Once the Covid—19 pandemic is reduced to the harm level of the seasonal flu the economy can return to normal levels of at least moderate growth. Liberal Democrats would be more generous in providing the relief needed to minimize suffering and get the Keynesian multiplier effect going. Republicans worry—or say they worry– more about the debt levels and sing praises of austerity. If, however, this is a different sort of recession, can we be sure that either, both of which have checkered histories anyway, will deliver even a modicum of comfort? Should we not consider a set of tools responsive to the particular damages inflicted by the virus?

There is general agreement that recovery from the Great Recession depended on consumers’ willingness to spend. But consumer spending was increasingly directed not to goods (consumer durables like refrigerators or microwave ovens for instance) but to services. From a domestic macroeconomic view this was desirable as supply chains for manufactured goods are now global whereas services are almost always domestic. Even though the jobs generally pay poorly and seldom provide benefits they are jobs.

In an interview last Spring, AOC highlighted the conditions in which the US was entering the Pandemic crisis: “And so what we’re seeing right now is the fragility of an economy that is built on tax cuts and subsidies instead of actual prosperity and increase in prosperity for working people. You know, this is what happens when wages don’t go up for 30 years in real terms when you account for inflation.”

If the consumer/worker enjoyed only very weak fundamentals that would leave most unable to handle an unexpected $400 expense , what would circumstances be like if consumer spending could no longer perform its sainted accomplishments? University of Texas at Austin economist James K Galbraith provides a disturbing perspective on this.

The U.S. economy after the crisis saw a vast growth in jobs in bars, restaurants, coffeehouses, hotels, resorts, spas and casinos, gyms, ride-…— the entire panoply of services with which a wealthy society tends to pamper itself. In effect, the U.S. economy became a gigantic carnival of doing each other’s washing and scratching each other’s backs.

Job growth is severely constrained in such a carnival:

….. “jobs will not return until the customers, collectively, are willing to buy the services that they, themselves, collectively provide. But they will not be willing until they have the jobs, which depend on the prior presence of customers. This is a classic catch-22..

They are generally not essential. They are add-ons that grew up with our wealth, and most Americans can, by and large, do without them… If they have to, people who live in houses can cook, clean, and entertain themselves at home. In recent years, the economy grew by persuading them to leave home… The economy can and will retreat along the same lines, as families with incomes decide to spend less and save more, while those without incomes cut back on everything because they have to. It will retreat along those lines at least until the uncertainties of the pandemic start to recede. But the uncertainties can’t recede, so long as people who provide all those services do not first experience a sustained improvement in their prospect for jobs — and there, once again, is the catch.

Neither trickle down within the market economy (conservatives’expectation) nor multiplier effect on government spending will generate sufficient jobs to give workers/consumers the renewed confidence to spend as they once did. Although consumer spending on services drove the US economy, policy should not neglect a healthy manufacturing sector on which we all depend. Galbraith advocates mobilization of this sector around a new set of goals, including sustainable energy, a new transportation system, climate damage mitigation and public health. These items would improve US competitiveness and are generally labor intensive. Galbraith argues:.” The Green New Deal is now doubly necessary, not only to transform the energy basis of the economy, but also to ensure that there is an economy to be transformed.

Having an economy requires that citizens and producers have assured access to the technologies and resources on which they depend. Wherever possible global supply chains must be relocalized.

These steps would have a more positive effect on the labor market than simply showering it with money as much of the initial grants must be spent for the necessary resources and technologies on which individual projects depend. Nonetheless pools of unemployment are quite likely to remain and thus constitute a drag on consumer confidence. To address this limitation Galbraith advocates a job guarantee, the right of every person to a living wage job. Though this proposal is controversial both among mainstream economists and within the Left, he and the supportive work to which he links make a strong case on its behalf. I will return to the dispute within the Left in a subsequent column

There may be a shortage of jobs at any given time. Indeed, US capitalism has never been able to provide a job for every willing worker. There is, however, no shortage of work that needs to be done or shortage of workers who want to do it. Most human beings desire to be supportive, contributing members of their society. Indeed the psychological costs of unemployment are as destructive as the economic. The current Pandemic/Climate/social and racial justice recession differs from its predecessors and merits consideration of ts multiple causes and destructive consequences.