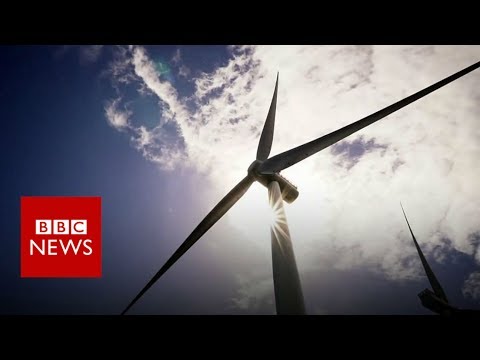 Ann Arbor (Informed Comment) – The coronavirus is still running wild, causing over 40,000 new infections a day in the US, which has among the highest rates in the world. The US had an unemployment rate of over 10% this July, and the US economy is in the dumpster. Scientists warn that the fall could see a second wave of the pandemic, as schools open and cold weather sets in. Being outside may reduce transmission as much as 20 percent, which is why this summer’s protests don’t appear to have caused significant spikes in infections. And, beaches really are fairly safe if people socially distance and don’t then go into bars and dance clubs. As temperatures fall, more activities will migrate indoors, increasing the risk of outbreaks. In turn, another spike in infections will lead many state governments to close businesses, hurting any economic recovery.

Green energy is one way we can bring the economy roaring back to life as soon as we get the novel coronavirus under control.

Nora Zacharski at the Into the Wind blog writes that in March, the American Wind Energy Association issued its annual

“ U.S. Offshore Wind Power Economic Impact Assessment, which found that by developing 30,000 megawatt (MW) of offshore wind along the East Coast, the U.S. could support up to 83,000 jobs and deliver $25 billion in annual economic output by 2030. An August 2020 study from research group Wood Mackenzie finds offshore wind in the U.S. overall has the potential to deliver 28,000 new megawatts of clean energy and $1.7 billion in U.S. Treasury revenue by 2022, which would significantly aid the economy in its post pandemic recovery.”

Globally, renewables grew 14% in the first half of 2020, even with the second quarter fall in demand because of the pandemic. Fossil fuels are in the tank.

This prospect for US green recovery is not pie in the sky. Mature industrial economies like Britain and Germany have made enormous strides in renewables. In Germany, renewables are providing 42 percent of electricity. On a very windy, sunny day in Britain, it already occasionally transpires that renewables provide over half the electricity.

A British government report has just admitted that electricity generation by wind and solar is substantially cheaper than expected, as costs have plummeted. It now estimates that an offshore wind farm opening in 2025 will generate electricity for $76 a megawatt hour, an estimate about 70 percent lower than in the initial report of 2013.

Scotland plans to get 100% of its electricity from renewables by the end of this year.

“Scottish Renewables chief executive Claire Mack said: “Our research has shown that every gigawatt of renewable power installed in Scotland has created 1500 jobs and added £133 million [$178 million] of GVA [Gross Value Added] to our economy. Put simply, the renewable energy industry is Scotland’s passport to green economic recovery from the coronavirus pandemic. No other industry but renewables provides the opportunity for investment, improvement of health and tackling the climate emergency in one, often shovel-ready package.” “