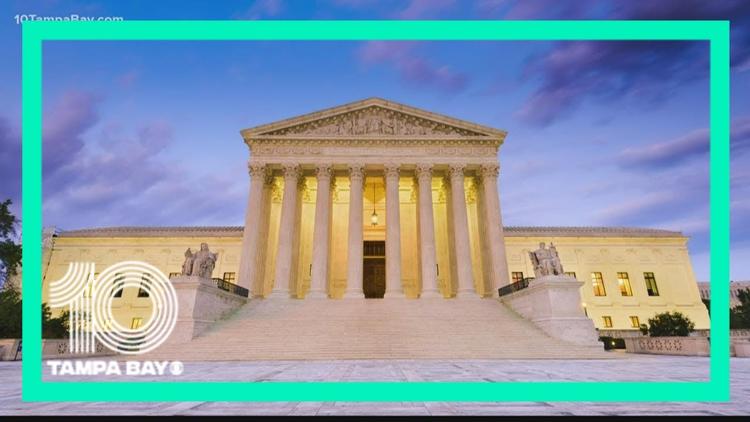 Auburn, AL (Special to Informed Comment) – The Republican Party’s rush to appoint of a “social conservative” to replace Ruth Bader Ginsberg on the U.S. Supreme Court (hereafter referred to as SCOTUS), should make it abundantly clear that SCOTUS justices are highly political creatures and must be treated accordingly. Since we may as well admit this truth, we need desperately to reform the institution to take this into account.

Back in the 1960s, American political science took a radical turn towards the social sciences and this breakthrough affected all fields in the discipline, including the study of “Public Law.” That latter sub-field was mainly a historical and contemporary analysis of decisions. The new approach emphasized the politics, psychology, and sociology involved in all aspects of SCOTUS. The field that emerged was called “judicial politics” and I was one of a group of about a dozen who led the way. We were called “the band of brothers.”

We would be on panels at professional meetings together and hang out to discuss our thinking. I came to realize, after writing four books on the subject, that what was needed was to totally restructure SCOTUS. My colleagues, brilliant people all, agreed. But they added with emphasis: “Well, Becker, THAT’LL NEVER HAPPEN.” I got their point.

Still, I have kept a close eye on SCOTUS and its appointment process. So, here we are today. Trump is about to appoint a new justice to the Court and the Democratic Party is threatening to retool SCOTUS if they retake the Senate and the presidency in 2021. Thus, “never” may become the day after tomorrow.

I have given it many years of thought, and here is what needs to be done:

1. SCOTUS needs to be much larger. There is no constitutional limit to the number of justices on SCOTUS at the same time. It has drifted from 6-12 and is determined only by a law passed by Congress and signed by the president. The present number of 9 was set in 1869. President Franklin D. Roosevelt tried, in his “Court Packing” plan in 1936, to raise that number to 16—filled by those more friendly to The New Deal. Even a pro FDR Congress, filled with lawyers from his own party—resisted.

The present-day SCOTUS limits itself to hearing much less than 200 cases a year, turning many thousands away. In order to function more effectively for American citizens in need of a legal last resort, many more important cases need to be heard. Thus, I believe that to benefit the American citizenry, the Court needs 2 sections of 9 justices apiece, plus 2 alternates, thus requiring it to have 20 at one time.

All of them need to have graduated law school (though not necessarily practiced it). Of this number, less than half should be or should have been federal or state judges. Judges are a unique type of lawyer, very strongly opinionated. Some of the greatest U.S. Supreme Court justices in American history had no judicial experience before appointment to SCOTUS. They include: John Jay, John Marshall, Louis Brandeis, Felix Frankfurter, Earl Warren, William O. Douglas, Robert Jackson and, currently, Elena Kagan..

2. Any “Supreme Court” needs to be exposed as a “political” institution and not be touted as a “neutral” and “objective” arbiter in any country that pretends to be a democracy. This needs to be made perfectly clear in the Senate hearings and the pretense of judicial “impartiality” must be abandoned.

4. Congress and the President should try to have the 20 justices represent a fair proportion of a full spectrum of political positions represented on the Court., including third parties and independents.

5. Each panel of 9 should be rearranged annually by random selection.

6. No panel may declare a law passed by Congress and signed by the President to be unconstitutional other than by a 9-0 vote. Any lesser vote would be simply an “advisory opinion” to Congress and the President.

7. If a federal law is declared unconstitutional, Congress can overrule SCOTUS by repassing the statute by a 2/3 majority, just as they can over-ride a presidential veto. The president must also sign this override. In a so-called democracy, only elected officials should have final say on what is the law, not a tiny clique of politically appointed lawyers.

8. The Founding Fathers wanted SCOTUS to be “independent” of the executive and legislative branches, so they gave life tenure to each of the Justices of SCOTUS. There was another reason. They wanted the Court to be much older than Congress or the presidency, a very “conservative” structure and very undemocratic. In order to maintain the important “independence”, but do away with its traditional drag on the elective branches, a constitutional amendment needs be passed by Congress and ratified by the states putting terms limits on a Justice’s time on SCOTUS. I recommend 10 years, to outlast even a two- term president.

The last thing the Federalist Founding Fathers wanted was a popular, democratic power over federal laws. The Judiciary Act of 1789, passed by the Federalists, insured that the way the Constitution was interpreted by lawyers would keep the public totally uninformed and baffled. They succeeded beyond their wildest dreams Their SCOTUS has done well in creating and fortifying America’s present-day plutocracy.

Changes in federal court structure have been made before. A transformational alteration is now needed to have a modern day, political Supreme Court, to deal with present-day and imminent American crises by democratic, not elitist and antiquated, means.

Ted Becker is the author of 15 books in the fields of Law and Politics, American Government, Global Geo-Politics, and Conflict Resolution. He is the former chairman of the Department of Political Science at the University of Hawai'i and also at Auburn University.