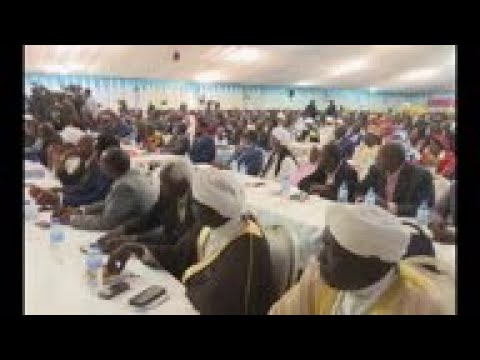 Ann Arbor (Informed Comment) The transitional government of officers and civilian revolutionaries in Sudan has separated religion and state. In an agreement signed Thursday in Addis Ababa with the Sudan People’s Liberation Movement–North (SPLM–N), Sudan’s prime minister Abdullah Hamdok agreed that Sudan would not establish any particular religion.

The agreement included the language, “The state shall not establish an official religion. No citizen shall be discriminated against based on their religion.” It added, “Sudan is a multi-racial, multi-ethnic, multi-religious and multi-cultural society. Full recognition and accommodation of these diversities must be affirmed.”

Revolutionary Sudan had already repealed its apostasy and blasphemy legislation, and had bolstered women’s rights.

Sudan has been one of the world’s experiments with a Muslim fundamentalist state. Organizations rooted in the Muslim Brotherhood, along with the Sudanese branch of the MB itself, backed the military coup of Omar Bashir in 1989. Although one of the movement’s main ideologues, Hassan Turabi, later fell out with the dictator, the Muslim Religious Right remained an important pillar of Bashir’s rule. This mixture of military dictatorship and religious fundamentalism powerfully shaped Sudan’s society in the past thirty years. Women’s rights were constrained under laws mandating male guardianship. The Communist Party and other Left parties were driven underground and peasants and workers were increasingly poorly paid.

Worse, the fundamentalist junta around Bashir had a monochrome Arab-Sunni-Muslim vision of the proper Sudanese subject. Ethnic groups like the Fur in Dar Fur, who speak a Nilo-Saharan language at home rather than Arabic, were targeted for genocide. Southern separatists were hunted in a long dirty war. Sudan is a diverse country of 43 million. About 30 million have Arabic as their mother tongue. Many non-Arabs are Sunni Muslims, as with the Fur. In the south of the country other African languages are spoken, and about 5 percent of Sudan is Christian. The proportion was greater before South Sudan, largely Christian and animist, seceded in 2011.

The Sudanese Revolution of 2018-19 overthrew Bashir, forcing the other officers to remove him.

The revolution was a mass movement. The Sudanese Professional Association spearheaded it, made of of attorneys, physicians, engineers and other educated middle class people. Youth played an out-sized role. Non-fundamentalist mystical Sufi orders also joined.

While the Sudanese Left had been suppressed for decades, it had not been destroyed, as Kevin B. Anderson argues. In the revolution, a small Communist Party reemerged. Khartoum University had long been a center of leftist thought, and an inchoate leftism that supported better wages for workers and peasants was adopted by many young people.

We saw this in Egypt in 2011, where many of the protesters were red diaper babies, from leftist families in a society where leftist parties had been dismantled and driven underground.

Bashir combined in himself a horrible dictatorship, an unbelievable amount of corruption (he just had $350 million from the Gulf lying about in his house), and an oppressive Muslim fundamentalism.

The new transitional government, with the backing of the people, wants to undo all three of Bashir’s main attributes. They want a gradual transition to democracy, an end to corruption, and, now, an end to fundamentalist laws.

The left and secularism have a storied history in the modern Arab world. South Yemen was Communist 1967-1990. Algeria’s revolution against the French was spearheaded by the Left, though there was a fundamentalist wing to the movement. But unfortunately, in the 1960s and 1970s, many secularists suffered from the Omar Bashir syndrome– they were corrupt dictators who imposed secularism from the top by diktat. The Baath Parties of Syria and Iraq were largely secular, but they were also horrible oppressive one-party states. That sort of oppressive, state-directed secularism only seemed to foment Muslim radicalism and fundamentalism.

So we have come full circle. In Sudan, we see a revulsion against fundamentalism on the part of students, the professional classes and workers, precisely because the fundamentalists so often were closely associated with the hated Bashir. To be fair, some fundamentalists in Sudan did join the revolution, but they were a minority.

Whether these steps can survive in the medium term is still an open question. After 39 months of cohabitation between the civilian revolutionaries and the officers, the country will go to elections. Fundamentalists could do well, and repeal secularization.

That would be a shame. If Sudan had had a healthy separation of religion and state it might not have lost South Sudan (where most of the oil is situated). For a diverse country like Sudan, it was always the soundest policy, which the Muslim Brotherhood types just could not see. They made an unholy mess of the country, and now the people are insisting on setting it aright.