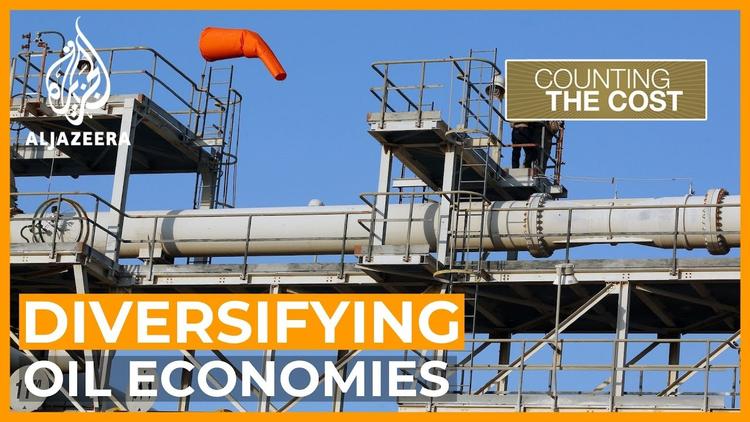 Foreign Policy in Focus) – With oil prices down and wealthy countries bungling COVID-19, the pandemic has exposed the weaknesses that wealth papers over.

During the reign of the Emperor Justinian I (527-565 AD), a mysterious plague spread out of the Nile Valley to Constantinople and finished off the Roman Empire. Appearing first in China and North India, the “Black Death” (Yersinia pestis) radiated throughout the Mediterranean and into Northern Europe. It may well have killed close to half the world’s population, some 50 million people.

COVID-19 is not the Black Death, but its impact may be civilizational, weakening the mighty, raising up the modest, and rearranging axes of power across the globe.

The Middle East is a case in point. Since the end of World War II, the wealth of the Persian Gulf monarchies — Saudi Arabia, the United Arab Emirates (UAE), Kuwait and Qatar — has overturned the traditional centers of power that dominated the region for millennia: Turkey, Egypt, and Persia. While those civilizations were built on agriculture, industry, and trade, the monarchs were fabulously wealthy simply because they sat on a sea of oil.

The monarchies — Saudi Arabia in particular — have used that wealth to overthrow governments, silence internal dissent, and sponsor a version of Islam that has spawned terrorists from the Caucasus to the Philippines.

And now they are in trouble.

The Saudi owned oil company, Aramco, just saw its quarterly earnings fall from $24.7 billion to $6.6 billion, a more than 73 percent drop from a year ago.

Not all the slump is due to the pandemic recession. Over the past eight years, Arab oil producers have seen their annual revenues decline from $1 trillion to $300 billion, reflecting a gradual shift away from hydrocarbons toward renewable energy. But COVID-19 has greatly accelerated that trend.

For countries like Saudi Arabia, this is an existential problem. The country has a growing population, much of it unemployed and young — some 70 percent of Saudis are under 30. So far, the royalty has kept a lid on things by handing out cash and make-work jobs, but the drop in revenues is making that more difficult. The kingdom —as well as the UAE — has hefty financial reserves, but that money will not last forever.

In the Saudi case, a series of economic and political blunders have worsened the crisis.

Riyadh is locked into an expensive military stalemate in Yemen, while also trying to diversify the country’s economy. Crown Prince Mohammed bin Salman is pushing a $500 billion Red Sea mega project to build a new city, Neom, that will supposedly attract industry, technology, and investment.

However, the plan has drawn little outside money, because investors are spooked by the Crown Prince’s aggressive foreign policy and the murder of journalist Jamal Khashoggi. The Saudis are borrowing up to $12 billion just to pay Aramco dividends of $75 billion a year.

The oil crisis has spread to Middle Eastern countries that rely on the monarchs for investments, aid, and jobs for their young populations. Cairo sends some 2.5 million Egyptians to work in the Gulf states, and countries like Lebanon provide financial services and consumer goods.

Lebanon is now imploding, Egypt is piling up massive debts, and Iraq can’t pay its bills because oil is stuck at around $46 a barrel. Saudi Arabia needs a price of at least $95 a barrel to meet its budgetary needs — and to feed the appetites of its royals.

When the pandemic ends, oil prices will rise, but they are very unlikely to reach the levels they did in the early 2000s when they averaged $100 a barrel. Oil prices have been low ever since Saudi Arabia’s ill-conceived attempt to drive out smaller competitors and retake its former market share.

In 2014, Riyadh deliberately drove down the price of oil to hurt smaller competitors and throttle expensive arctic drilling projects. But when China’s economy slowed, demand for oil fell, and the price has never recovered.

Of the top 10 oil producers in the world, five are in the Middle East: Saudi Arabia, Iraq, Iran, the UAE, and Kuwait. All of them are in dire straits, although in Iran’s case this is exacerbated by U.S. sanctions. With the exception of Iraq — where massive demonstrations have shaken the country’s leadership — most of those countries have been politically quiet. In the case of the monarchies, of course, it is hard to judge the level of dissatisfaction because they do not tolerate dissent.

But how long will the royals be able to keep the lid on?

“It is a transformation that has speeded up by the corona virus cataclysm,” says Middle East expert Patrick Cockburn, “and will radically change the politics of the Middle East.”

There is no region untouched by the current crisis. With the exception of the presidents of Brazil and the U.S., most world leaders have concluded that climate change is a reality and that hydrocarbons are the major culprit. Even when the pandemic eases, oil use will continue to decline.

And the U.S. is not alone. The United Kingdom has more than 40,000 dead, and its economy has plummeted 9 percent. In contrast, Bangladesh, the world’s most crowded country, with twice Great Britain’s population, has around 4,000 deaths and its economy has contracted by only 1.9 percent.

“COVID-19 has blown away the myth about ‘First’ and ‘Third’ world competence,” says Steven Friedman, director of the Center for the Study of Democracy in Johannesburg.

Turkey, Vietnam, Cuba, and Nigeria all have far better records fighting the virus than Great Britain and the European Union.

Partly this is because Europe’s population is older. While Europe’s average age is 43, Africa’s is 19. Younger people infected with coronavirus generally have better outcomes than older people, but age doesn’t fully explain the differences.

While Turkey developed sophisticated tracking methods to monitor measles, and Nigeria did the same for Ebola, the U.S. and United Kingdom were systematically starving or dismantling public health programs. Instead of stockpiling supplies to deal with a pandemic, Europe and the U.S. relied on countries like China to quickly supply things like personal protection equipment on an “as needed” basis, because it was cheaper than producing their own or paying for storage and maintenance.

But “need” doesn’t work during a worldwide pandemic. China had its own health crisis to deal with. The lag time between the appearance of the virus and obtaining the tools to fight it is directly responsible for the wave of deaths among medical workers and first responders.

And while the Chinese economy has rebounded — enough to tick the price of oil slightly upwards — the U.S., Great Britain, and the EU are mired in what promises to be a painful recession.

The neoliberal model of low taxes, privatization of public resources, and reliance on the free market has demonstrated its incompetence in the face of a natural disaster. The relationship between wealth and favorable outcomes only works when that wealth is invested in the many, not the few.

The Plague of Justinian destroyed the Roman Empire. The pandemic is not likely to do that to the United States. But it has exposed the fault lines and structural weaknesses that wealth papers over — until something like COVID-19 comes along to shake the glitter off the system.

Al Jazeera English: Is this the end of the Middle East’s oil rush? | Counting the Cost