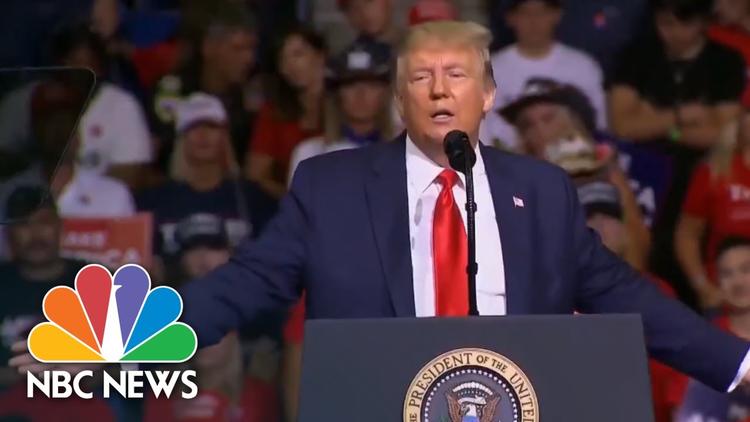 Trump and his falsehoods are responsible for most of America’s 200,000 coronavirus deaths to date.

(Otherwords.org) – “Captain,” said the first mate, “we just crashed into an iceberg — the hull’s been breached!”

“An iceberg. Deadly stuff,” said the captain. “Still, let’s play it down.”

“What are your orders? We must warn the passengers.”

“I’ll make an announcement… Attention all passengers, this is your captain speaking. We’ve encountered some ice, but we have it very well under control. We’re doing a great job. No need for you to change your routines. Over and out.”

“Should we ready the lifeboats?” asked the mate.

The deceiving and self-flattering captain of the scenario, leading his passengers into disaster, seems fictitious. But he’s all too real: except for the references to ice, everything the captain says above are things President Trump has actually said about coronavirus.

Tragically, that’s America in the age of pandemic. Over 6.5 million cases of coronavirus. Around a thousand deaths per day. An economy in ruins.

For months, Trump urged resistance to the precautions epidemiologists recommended, crusaded against the lockdown, and minimized the lethal threat, even claiming the coronavirus was “totally harmless” in 99 percent of cases.

He knew this was false: “This is deadly stuff,” he privately told journalist Bob Woodward in February.

Even as Trump publicly ridiculed the use of masks and encouraged followers to defy social distancing, he knew the virus was spread through the air. “It goes through air,” he told Woodward. “You just breathe the air and that’s how it’s passed.”

Trump claimed publicly that coronavirus was “like the regular flu,” but he told Woodward that he knew otherwise. It’s “more deadly than even your strenuous flu,” Trump told the journalist — more than five times as deadly.

Trump and his falsehoods are responsible for most of America’s 200,000 coronavirus deaths to date. How could it be otherwise? How could anyone think thwarting the epidemic response prescribed by doctors, scientists, and public health leaders would not have deadly consequences?

Turn back to January.

A dozen presidential briefings warned Trump of the coming pandemic. The Health and Human Services secretary twice told Trump the contagion was looming. Trump’s trade advisor wrote a memo in January warning of a “full-blown pandemic, imperiling the lives of millions of Americans.”

Trump claims he refused to act because he feared panic.

Avoiding panic is all very well. But if you’re telling passengers they don’t need to get in the lifeboats, you’re responsible when they start drowning. In reality, Trump cared more about not “panicking [the stock] market” — which he saw as key to his re-election — than about the lives that would be lost.

By late February a White House task force recommended aggressive steps, including stay-at-home orders. But when a Centers for Disease Control leader warned the public that a pandemic was imminent and “disruption to everyday life might be severe,” Trump threatened to fire her.

“The risk to the American people remains very low,” Trump proclaimed instead.

It was mid-March before Trump yielded to reality.

The cost of Trump’s delay? Columbia University epidemiologists concluded in May that had the lockdowns begun just two weeks earlier, “the vast majority of the nation’s deaths — about 83 percent — would have been avoided.”

But they weren’t. And the 1 million people who were needlessly infected, thanks to Trump’s indifference, then went on to infect others, and those in turn still others. Meanwhile the president kept up his campaign against the steps needed to bring the pandemic under control.

No precise reckoning is possible, but there’s no doubt a majority of our cases and deaths might have been avoided but for Trump’s lies, neglect, and sabotage.