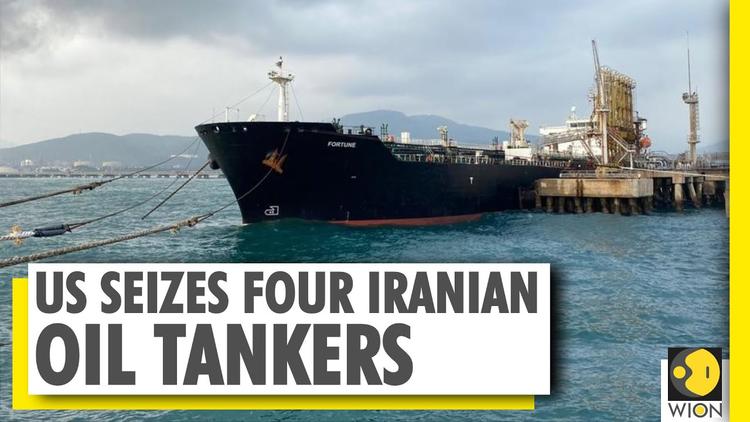 Ann Arbor (Informed Comment) – Trita Parsi writing at Responsible Statecraft wonders if the Trump administration is planning to widen its piracy against Iranian vessels on the high seas as part of an October surprise.

Trump had four Iranian oil tankers seized in August, alleging that they were heading for Venezuela. The problem? There is no basis in international law for the seizures, which are therefore mere piracy and outright grand larceny. The owners of the vessels have filed suit in a Washington, D.C. district court.

The UN Convention on the Law of the Sea states, “All States enjoy the traditional freedoms of navigation, overflight, scientific research and fishing on the high seas; they are obliged to adopt, or cooperate with other States in adopting, measures to manage and conserve living resources.”

The Iranian vessels were on the high seas and enjoy the freedom of navigation. The UN Security Council had admittedly put sanctions on Iran 2007-2015, but these were lifted with the signing of the Joint Comprehensive Plan of Action or the “Iran nuclear deal” by Iran and by the five permanent members of the UNSC plus Germany.

Trump does not have a legal leg to stand on.

Iran has not been deterred from developing its ties with Venezuela, in a bid to undermine Trump’s economic war on that country.

Bloomberg reports that Iran secretly offloaded a large shipment of South Pars natural gas condensate at the port of Jose on Saturday. Venezuela has some oil that is heavy with sulphur or other impurities, but which can be made more attractive to buyers, and can more easily be refined into gasoline, if it is blended with condensates, which act as diluents. Venezuela does not produce its own natural gas condensates, and plans of Russia’s Rosneft to drill for natural gas offshore were halted by threats of US sanctions. Venezuela used to buy diluents from the US before Trump stopped that trade.

This Iranian tanker likely avoided Trump piracy by switching off its shipboard Automatic Identification System, or AIS, so that US signals intelligence could not easily locate it.*

In fact, Reuters reports that three more tankers are on their way from Iran to Venezuela, this time carrying refined gasoline. Venezuela is facing gasoline shortages, in part because of its inability to import US condensates. The Iranian vessels are avoiding US electronic espionage and piracy by going around the Cape of Good hope and keeping their AIS off.

Venezuela may be paying for some of this Iranian help with barter. It is shipping aluminum to Iran, for instance.

Not only is Iran confronting Trump over his blockade of Tehran and Caracas, but so is Turkey. Ankara is supposedly a NATO ally of the US, but President Tayyip Erdogan has a strong anti-imperialist rhetoric that often sounds a good deal like that of Venezuelan president Nicolás Maduro.

Parsi is afraid that Trump will begin trying to seize Iranian vessels in the Mideast Gulf itself, and that this piracy will be aimed at eliciting the sort of response from Iran that could justify US strikes on that country. The purpose would be to ramp up US patriotism ahead of the November election and attempt to get the US public on Trump’s side as a war president.

One thing you can say about the Trump crew, is that you can’t rule anything out.

*An earlier version of this post confused the AIS with GPS, which is passive.