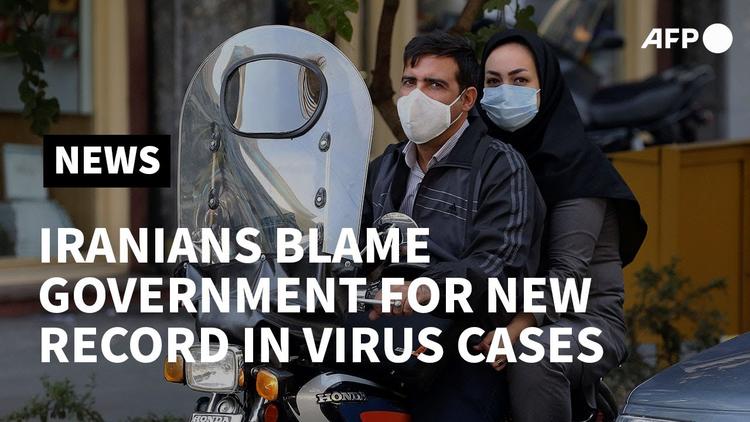 Ann Arbor (Informed Comment) – The coronavirus statistics in both Iran and the United States are horrible. The US has the worst record on dealing with the pandemic in the industrialized world.

One clue to why the two countries are doing so badly with regard to basic public health strategy may lie in the importance of religion to both of these societies.

In the US, only 39% of people say they “are not a religious person” according to Gallup. In Germany and South Korea it is 60%. But it is probably less important how many people are irreligious than it is how strong the influence of religion is in government. Although the US in general is more religious than any other highly industrialized country, its government is off the charts with regard to religiosity. There are virtually no acknowledged atheists in high government office. Some 88 percent of congressional representatives and senators say they are “Christian,” far more than in the general population.

About 17% of Americans now report themselves as evangelicals (down from a quarter some 20 years ago). They are disproportionately important, though, since they hold the entire Republican Party hostage. Most are Republicans and so they are probably about a third in that party, and constitute the margin of victory for elected officials in GOP states.

Here’s the kicker: Yanat Shimron at the Religious News Service reports that only 35 percent of evangelicals see the coronavirus crisis as important or very important as an election issue. Only an estimated 48% of Americans say they wear masks when going out. The 17% who are evangelicals are disproportionately unconcerned with mitigation measures.

Some 77% of the general American public, in contrast, rates the coronavirus pandemic as important or very important, according to Gallup. Moreover, Shimron shows that evangelicals are peculiar in their unconcern on this issue, which does not characterize mainline denominations like the Methodists or Presbyterians.

The 54 million Americans who report themselves to be evangelicals have an outsized impact on the spread of the virus. Many have insisted on crowding into megachurches, and some have sued state governments to prevent the imposition on them of mitigation measures ordered for other institutions in society. John Hagee in San Antonio sued its mayor over the suspension of mass in-person religious services. Hagee recently contracted the virus.

Likewise, Iran is another theocracy, governed in accordance with its clerics’ conception of Muslim law and ethics. The government was slow to implement mitigation measures last spring, and allowed them to lapse quickly. Clerics encourage people to visit religious shrines, believing that the religious aura of the shrine will protect them.

Iran’s new caseload is up to 5,000 a day, equivalent to 20,000 new cases in the US. It is one of the hardest-hit countries in the Middle East, with 31,000 deaths and over half a million cases. Its hospitals are being overwhelmed. To be fair, Iran has resisted lockdowns not only out of religious optimism but because severe US financial and trade sanctions have left people impoverished, so that they cannot afford to go without work. Workers are forced to take risks and to ride on public transportation, which helps spread the virus. Trump is so hard on Iran in part because his evangelical base wants him to be. That is another way religion, in the form of Islamophobia and Iranophobia, enters into the picture.

Likewise, the seven-day average of cases in the US is nearly back up to 60,000 a day, write Jason Hanna and Christina Maxouris at CNN. This is a level that hasn’t been seen since early August, and it is a harbinger of a Third Wave of the pandemic. In fourteen states, hospitalizations for Covid-19 have hit all-time highs — that is, things are worse in that regard even than last spring or mid-summer, the two previous waves. If it is like that now, what will it be like in January?

Epidemiologists have all along been afraid that the late autumn and winter months would see a large spike in cases, because the virus spreads more easily in crowded indoor environments than outside, and during the winter cold people will be sitting inside schools, restaurants, parties and bars instead of spread out on verandas or sidewalks.

It would have been desirable for the US to enter these dangerous winter months with a low case count. Instead, there is clearly community spread going on. That is, contact tracers are finding significant numbers of people who are ill but who have no idea from whom they contracted the virus. It is just “out there,” being spread from person to person when they breathe, sneeze and cough on one another.

Some 60,000 new cases a day nationally is not the baseline from which you want to enter the cold months, nor would you like to see extensive community spread as people begin to huddle inside, often with poor air circulation.

Although deaths from the deadly disease have now topped 220,000 by the official statistics, a lot of poorer people and elderly are dying at home in bed and not being diagnosed. The Centers for Disease Control estimates that there have been 300,000 excess deaths so far this year in the US over 2019 in the same period. That is likely the true death rate from Covid-19.

The per capita death rate in the US puts it in the company of Mexico and Panama.

The evangelicals are the one group in the US that still slavishly follows Donald Trump, and he is a coronavirus denialist. Like the ayatollahs in Iran, they don’t have a clue as to what causes transmission of the virus and they are way too certain that divine intervention will save them from it.