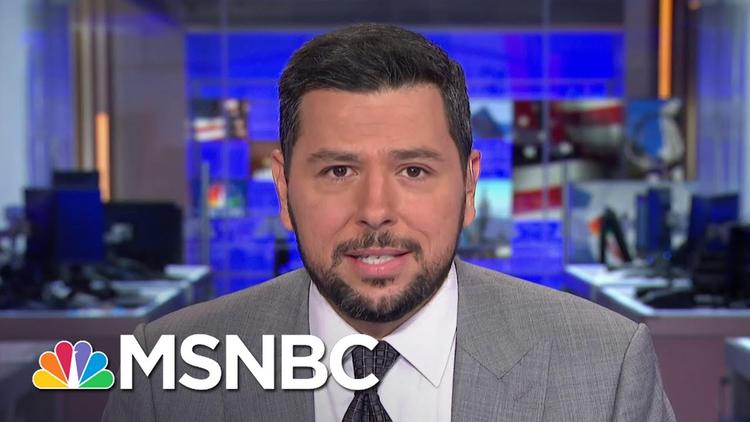 America’s national security officials are on alert and global markets shook
– at least briefly – following the announcement that President Donald Trump tested positive for the coronavirus that causes COVID-19.

As someone who studies the U.S.‘s image, I am curious about the geopolitical implications of the leader of the free world falling victim to the pandemic, and how America’s allies, adversaries and others might use this moment, or ones in the weeks and months ahead, to their advantage.

I am also reminded of a famous quote from the Austrian diplomat Klemens Wenzel Furst von Metternich, who in 1848 said, “When France sneezes, the whole of Europe catches a cold.” He probably didn’t think his warning about the global implications of a respiratory disease would ever literally come true.

American adversaries like Russia, allies like the United Kingdom and regions with mixed relations like the Korean peninsula are all watching carefully to see what this illness at the top might mean for them, even as the president returns to the White House.

Given the overall decline in America’s standing in the world in recent years, it may be that Trump’s illness isn’t at important as the U.S. national security community would think. Or, the world may continue to wait cautiously until Trump’s health is out of the woods.

A cautious eye from Russia

Russia is a formidable adversary with a curious relationship to Trump. After the fall of the Berlin Wall and the dissolution of the Soviet Union in 1989, Russia sought to expand its influence in world affairs, seeking to regain power and prestige lost since the heyday of the Cold War.

Russia’s quest for greatness, perhaps sparked by fears of Western expansion through enlargement of the North Atlantic Treaty Organization, led to its annexation of Crimea in 2014 and military intervention in the Syrian Civil War in 2015.

In 2016, Russia covertly influenced the U.S. presidential election. Through a coordinated social media campaign, hacking operations and exploiting contacts within the Trump campaign, Russia violated and destabilized America’s election process. There is evidence that Russia is at it again.

Trump has repeatedly denied those facts, calling it all a “hoax.” This has led some leading analysts and government officials to suspect the Russian government may have some information that would compromise Trump if it were made public.

That could include personal or business debt owed to the Russian government, or more salacious, unproven allegations. In 2017, the FBI opened an investigation into whether the president might be somehow working for Russia – but it never completed the work, so any potential conclusions are unknown.

It is clear, though, that Russian President Vladimir Putin wants to exert dominance over the United States and would lose substantial leverage were Trump to succumb to COVID-19. According to author Angela Stent, Putin is someone who looks for the weaknesses, vulnerabilities and distractions in an opponent – even a larger one – and then moves in.

Perhaps Putin’s past as the 1976 judo champion of Leningrad has informed his approach to politics. Although Russia is no longer the superpower it once was, Putin has sought to leverage America’s indecision against itself, whether it was Obama’s hesitancy to intervene in Syria in 2015, or infighting between the president and the Senate over the existence of Russian interference in the U.S. electoral process.

A friendly hand from the UK

The United Kingdom, by contrast, would likely retain a close, strong relationship with the United States, with deep economic ties and similar interests of promoting freedom and democracy around the world. British Prime Minister Boris Johnson and Trump also share a personal bond, having won populist support campaigning against their nations’ political establishments.

But that is only the latest in a long tradition of connections between American presidents and British leaders dating back to Franklin Delano Roosevelt and Winston Churchill during World War II. Those political connections, with more recent chapters involving Ronald Reagan and Margaret Thatcher, as well as Bill Clinton and Tony Blair, are supported by historic and cultural ties as well.

Those bonds, both personal and policy, would likely endure, regardless of what may happen to Trump – and despite the fact that many British people dislike the president.

The Korean peninsula has a long and complex history, particularly since the division of the two Koreas at the 38th parallel at the close of World War II. Both Koreas are highly nationalistic, but would likely react in different ways if faced with a weakened Trump.

The isolated nation of North Korea has had at times a tempestuous relationship with the United States, detonating nuclear weapons to capture the world’s attention and extract economic concessions from the international community.

Trump and North Korea’s Kim Jong Un have enjoyed occasional good relations since their first summit in Singapore in 2018, largely symbolic, followed by a lackluster meeting in Hanoi in 2019 and a rendezvous at the Demilitarized Zone later that year. Kim and Trump have apparently even exchanged personal letters of affection.

Critics have said Kim simply played Trump as a novice on the world’s stage, using these meetings to bolster North Korea’s standing in the world. That may have helped further consolidate Kim’s personal power in a failed state where military generals may be waiting for their opportunity to seize control.

Others have said Trump bungled the relationship by failing to prevent Kim from developing more nuclear weapons. But Trump has managed to achieve key face-to-face meetings with Kim. Trump’s demise might destabilize U.S.-North Korean relations, prompting North Korea once again to threaten to use nuclear weapons.

Meanwhile, in South Korea, whose national security depends on U.S. military power and assurances of mutual defense against North Korean and Chinese aggression, confidence in the American president to do the right thing in world affairs has faltered. South Koreans have largely disapproved of Trump’s policies on climate change, the Iran nuclear deal and the U.S.-Mexico border wall.

A weakened President Trump might give South Koreans pause to rethink their relationship with other great powers nearby, like China, although the latest data suggest South Koreans prefer Trump over Chinese President Xi Jinping.

Trump’s relatively quick return to the White House may slow these international reevaluations, but the unpredictable nature of COVID-19 means they’ll all be keeping a close eye on what happens next.