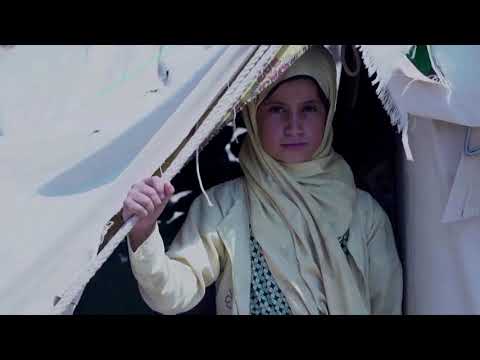 ( Middle East Monitor) – The commander of the Southern Transitional Council in Yemen, Aidarus Al-Zoubaidi, appeared last month in the guise of a full-fledged president, surrounded by Saudi Arabian guards, meeting figures who are said to be separatist southerners and raising the separatist flag alongside the Saudi flag. All of these are bad signs for the fate of the Saudi intervention in Yemen.

This took place in the luxurious and terrifying Ritz-Carlton Hotel, in the Saudi capital Riyadh. It’s the same hotel in which US President Donald Trump stayed and signed a multi-billion-dollar deal with the ambitious Crown Prince Mohammad Bin Salman, which enabled him to consolidate his position in a manner similar to a coup.

No good can come out of this hotel, which has also been used as a prison of the wealthy ever since the partners of power and wealth in the “Kingdom of Silence” were kept there until they bought their freedom. This involved real losses for the weaker and less skilled parties at the hands of a Kingdom that is worn out and afflicted with a shaky and divided leadership.

In the little scenario noted above, Al-Zoubaidi appeared to be a hypothetical president, but he shared many things with the true President of Yemen, Abdrabbuh Mansur Hadi. Both men, for example, live confined by Saudi intelligence in five-star luxury, receive financial support from Riyadh and are guarded by Saudi security and intelligence officers. Their actions are under full Saudi control, and neither can hold a position that is inconsistent with Saudi interests.

When a comical video of Al-Zoubaidi was published showing him in a spacious lobby at the Ritz-Carlton Hotel, many Yemenis were annoyed by the presence of the separatist flag in a hotel belonging to the Saudi government. The Yemenis understood this as a signal from Riyadh that the future role of the transitional council and its endeavours to establish a separatist southern state in Yemen are part of Saudi Arabia’s strategic approach, not just the UAE’s. The angry responses made sure that the Saudis have not allowed Al-Zoubaidi’s charade to be repeated.

Meanwhile, President Abdrabbuh Mansur Hadi is increasingly isolated as the gap between him and his country widens. His influence in Yemen is diminishing gradually and is instead going to the armed separatist movements in the south and the Houthi Imamate group in the north.

It is repulsive for the president and his senior aides to engage in conflicts that could provide indefinite excuses for all sides by claiming that the other is the one blocking the full interests of the legitimate authority which can be fulfilled through implementation of the Riyadh Agreement. This is yet another document to be added to the list of failed agreements.

Two months have passed since Dr Maeen Abdulmalik Saeed was tasked with re-forming the government, which is twice as long as the time allocated. This government is supposed to include 24 ministers, divided equally between the north and south of Yemen, with the prime minister appointing ministers for sovereign matters.

The prime minister-designate has still did not formed such a government, even though he is the Saudi choice for the role. The ongoing lack of an administration is due to reasons other than the political parties’ inability to be partners and the lack of justice in the distribution of ministerial portfolios. Rather, it is because the transitional council, the head of which is in Riyadh, has still not accepted the ending of the military and security influence over the separatist council in the temporary political capital, Aden.

Such a goal will only be achieved with the withdrawal of the STC forces from the city and their redeployment in selected locations around the country. This depends on the will of Saudi Arabia, the sponsor of the Riyadh Agreement, and it is quite capable of compelling the Southern Transitional Council to go ahead. However, it does not want to and is in no hurry, as it plans to produce a new version of this agreement that gives the STC the opportunity to benefit from its political advantages without being forced to make fundamental concessions on the military side.

What we are seeing is the clear desire on Riyadh’s part to establish the STC in southern Yemen as an equivalent to the Houthis, who control most of the densely populated areas in the north, regardless of the direct effects that could go against the Saudi role in Yemen. This role is legitimised by its open support for the internationally recognised Hadi government-in-exile. This is due to a superficial commitment to the unity of Yemen and the security of the state, which is betrayed by Saudi Arabia being one of the main parties contributing to the challenges that its stability is facing.

There is talk about disagreements between the president, the speaker of the parliament and the head of the caretaker government, revolving around the implementation of the Riyadh Agreement. The latter two seem to be negligent while President Hadi appears to be ensuring the implementation of the agreement to the letter. If this information was not mentioned by a politician respected across most of Yemen, former Minister of Transport Saleh Al-Jabwani, it would not have had to be addressed.

What I would like to clarify is that the president does not need votes to make the appropriate decision within the presidential institution and neither the speaker of the parliament nor the prime minister, nor any other person at a leadership level in the country can detract from the absolute powers granted to this president under the constitution, the Gulf Initiative agreement and its mechanism for implementation.

Hence, President Hadi must show that he is sufficiently ready and willing to act as a president who can bear the responsibility for Yemen and its people at this exceptional stage and wipe out his disastrous mistakes that have affected the country. He was one of the parties who have contributed to the suffering of the Yemenis by dragging them into this war, which has become multilateral and with regional agendas. This threatens the unity, independence and territorial integrity of Yemen.

Reuters: “Thousands of displaced in Yemen at risk as Marib becomes focus of civil war”