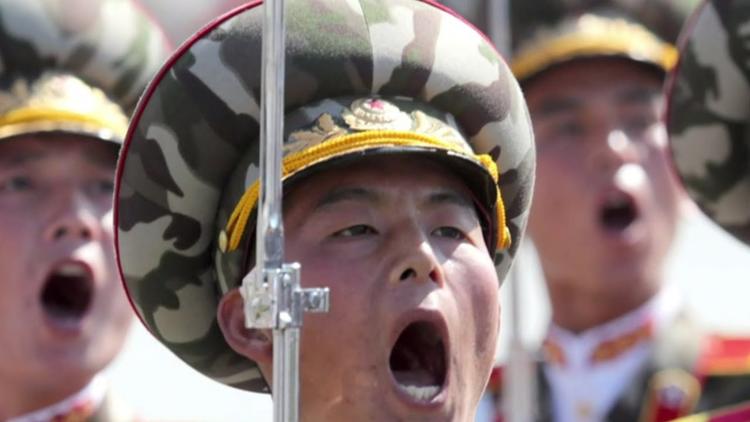 Ann Arbor (Informed Comment) – On Saturday, Kim Jong Un insists on having a huge parade in honor of the 75th anniversary of the ruling Workers’ Party, and Trump insists on having a crowd on the grounds of the White House. Then on Monday, Trump will hold a rally north of Orlando, Florida. Trump’s rallies have typically packed people in close and have not required mask-wearing, and Tulsa health authorities blame such an event for a spike in coronavirus cases this past summer.

Kim Jong Un’s parades are monumental, with choreographed crowd actions and plenty of opportunity for people to breath on one another.

Why are Trump and Kim Jong Un behaving this way? Because both are authoritarians. In political systems with a cult of personality, the great leader performs his dominance and authority by speaking to crowds from impressive buildings or balconies. The Soviet leaders used to appear above a massive wall. Mussolini and Saddam Hussein both liked balconies.

Thus, Trump’s triumphal return from Walter Reed on a helicopter and his determined ascent, despite his obvious pneumonia, to the White House balcony so he could look strong and in control to his acolytes.

Embed from Getty Images
U.S. President Donald Trump holds his protective mask on the Truman Balcony of the White House in Washington, D.C., U.S., on Monday, Oct. 5, 2020. Trump’s aides will try to keep him confined to the White House residence after being discharged from the hospital with Covid-19 but are unsure they can limit his movements. Photographer: Ken Cedeno/Polaris/Bloomberg via Getty Images.

The pandemic is especially inconvenient for fascists and authoritarians because it makes crowds dangerous and interferes with public idol-worship of this sort. 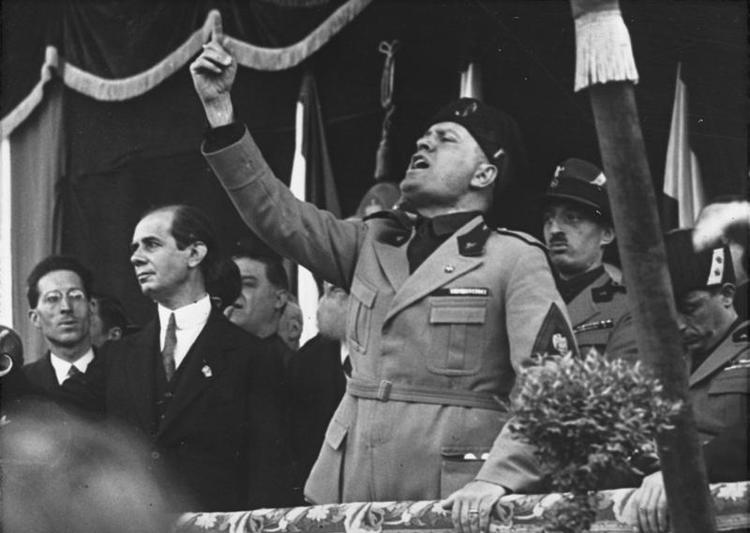 Since fascism cannot function in the absence of this mass affirmation of the object of the cult of personality, it must deny the existence and virulence of the pandemic. Hence, Trump dismissed COVID-19 as “like the flu,” and depicted his contracting it as a “blessing” that made him stronger. He advised his zombies that they must not let it rule their lives. What he meant is that they should not avoid gathering in large crowds to adore him.

Embed from Getty Images
Iraqi President Saddam Hussein waves to supporters from the balcony of the mayor’s office in Mosul, located in the north of Iraq(Photo credit: INA/AFP via Getty Images)

Kim Jong Un likewise denied that North Korea had any coronavirus cases all the way into April, even though that was highly unlikely and government officials were eventually constrained to confirm them.

Kim Jong Un likewise attempted to distract from the coronavirus by firing missiles to rattle the nerves of the country’s adversaries.

Fascism isn’t that complicated. The leader is strong. The leader will save you and make you prosperous. The leader is always right. The leader demands ritual, mass affirmation. Anything that detracts from the leader’s power is a conspiracy or a hoax. It has no reality. Only the leader is real. Pandemics must be concertedly wished away and the crowds must behave as though they are not risking their lives to gather beneath the leader’s balcony.

All you have to do is stand Trump next to Kim Jong Un and you can see the logic of authoritarianism operating similarly. And, you have to ask yourself if this is what you want for your country.