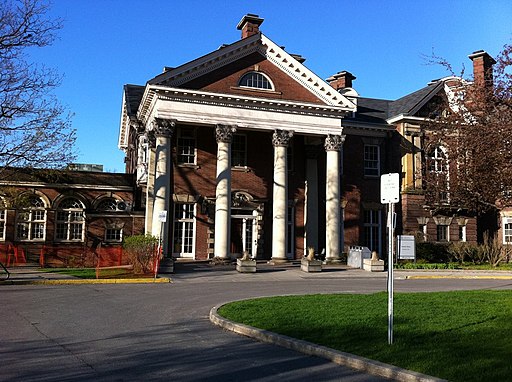 ( Human Rights Watch ) – The University of Toronto’s law school allegedly rescinded a job offer for director of the law school’s International Human Rights Program in response to external pressure about the candidate’s scholarship and work on Israeli government violations of international law. If true, not only does this do serious harm to the academic freedom, integrity, and reputation of the university’s human rights program, it creates a dangerous chilling effect on other scholars’ rights to research and advocacy.

Human Rights Watch has been in contact with both Dr. Azarova and the university. The position of the university is that “ no offer of employment was made,” but that“exploratory discussions occurred with one candidate.” News reports have published internal faculty emails that explicitly refer to an “offer.” The university claims it could not wait to obtain a work permit for Dr. Azarova, a non-citizen, but yet was pursuing a temporary contract for her as a workaround. The statement also denied that outside influence was a factor in their decision not to proceed with an offer of employment.

International legal academics, including Israeli and Jewish scholars, have written individually in support of Dr. Azarova’s scholarship. Other letters of support have well over 1,300 signatories, including former and current United Nations Special Rapporteurs. The program’s alumni association, the Canadian Association of University Teachers, Amnesty International, and others have called for external investigations.

For full disclosure, the spouse of Dr. Azarova is my colleague at Human Rights Watch. But this controversy is about more than the individuals involved; it speaks to the core of what academic freedom means and the principle that no country should be off limits for critique of its rights record. We have extensively documented and sought to address threats that undermine these principles. Human Rights Watch believes that our academic partnership with the law school, which has been a tremendously fruitful one over the past five years, also needs to be based on these values for it to continue.

The University of Toronto should urgently conduct an independent external review, make its findings public immediately, and swiftly address any improprieties. No one should pay such a price simply for exposing human rights violations by any country, including Israel.

Farida Deif is the Canada Director at Human Rights Watch. Based in Toronto, she monitors human rights abuses in Canada and advocates for a rights-respecting Canadian foreign policy. Prior to joining Human Rights Watch, Deif worked at the United Nations with UNICEF, the Office of the High Commissioner for Human Rights, and UN Women where she recently served as the Deputy Manager of the UN Trust Fund to End Violence against Women. She is a gender-based violence expert with over 13 years of experience in both documenting violence against women and girls as a researcher and in developing and supporting targeted programs to address these abuses as a development practitioner. From 2003-2008, she was the Middle East and North Africa Researcher in the Women’s Rights Division of Human Rights Watch, where she researched and wrote on a range of issues from the arbitrary detention of women and girls to gender-related killings. She participated in Human Rights Watch’s first fact-finding missions to Libya and Saudi Arabia and has published extensively on human rights abuses across the region. She holds a graduate degree from Columbia University’s School of International and Public Affairs and l’Institut d’Etudes Politiques de Paris and obtained an undergraduate degree from Carleton University in Ottawa. She speaks Arabic, English, and French.