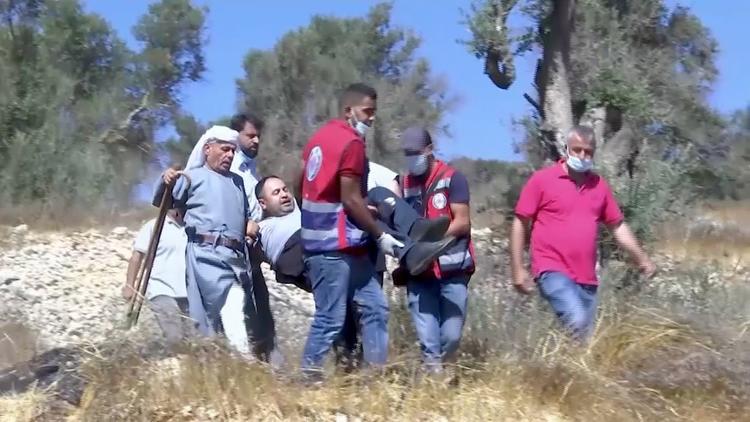 ( Middle East Monitor ) – The UN’s non-binding and generalised Sustainable Development Goals (SDGs) have provided a diversion in current EU and Palestinian politics. On the brink of experiencing additional dispossession and forced displacement as the normalisation agreements between Israel and Gulf states open the door to more anti-Palestine diplomacy in the region, Palestinians have been swept to the periphery as officials debate ambiguities instead of seeking ways to counter Israel’s next expansionist phase.

Decades since the international community transformed Palestine into a humanitarian agenda against the will of the Palestinian people, poverty has not abated in the Israeli-occupied Palestinian territories. There is a huge discrepancy between what Israel receives in military aid from the US and grants from the EU, as well as its income from arms and technology sales, and the Palestinian Authority’s budget scraped together from what amounts to compensation for retaining its role as a recipient of humanitarian aid instead of political and diplomatic assistance. This has ensured a perpetual imbalance in the conflict that can only be corrected if the international community adopts a position in favour of decolonisation as the first step for the Palestinian people to reclaim what they rightfully own.

Adding the coronavirus pandemic to the mix, as EU and Palestinian officials have done in a recent meeting to discuss how Palestine can move towards state building and eliminating poverty, gives Israel yet another layer of impunity. While Covid-19 has been disruptive, EU and Palestinian officials should not forget that the biggest impediment to eradicating poverty in Palestine is Israeli colonialism exemplified by its military occupation of Palestine, not the virus.

Even without the repercussions of the coronavirus pandemic, it is unlikely that the latest SDGs, which seek to eradicate poverty by 2030, would have been achieved. With the Israeli blockade of Gaza still in place, and the restrictions imposed across the occupied West Bank, notably freedom of movement, hampering any autonomous development — not to mention US withdrawal of aid — the international community would have simply managed to maintain a situation that has already spiralled out of control, since there is no consensus on punitive measures against Israel for its violations of international laws and conventions.

Covid-19 is thus yet another excuse for international inaction on Palestine. The UN’s SDGs are already dissociated from the realities of the Palestinian people, so attributing the inability to eradicate poverty by 2030 to the pandemic is just another way in which the international community and Israel will keep working to ensure the complete annihilation of any possibility whatsoever of Palestinian independence. It is a pity that the Palestinian Authority has failed to challenge these frameworks and has refused to address Israeli colonialism in Palestine as the root of the problem. Likewise, the SDGs are a reflection of international incompetence at assessing specific circumstances. Their normalisation by the Palestinian leadership is another setback for the people of occupied Palestine.