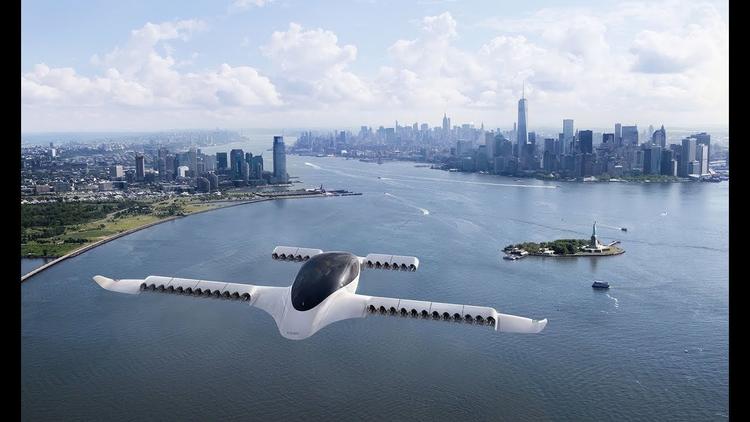 ( Clean Energy Wire ) – Germany wants to extend its landmark energy transition (Energiewende) to the skies to become a trailblazer in climate-friendly flying. At a roundtable with industry, unions, researchers and the federal states, government representatives discussed the future of the aviation industry, and emission-free flying was a central topic of the talks, in addition to the numerous support measures for the industry, the economy ministry (BMWi) said in a press release. It said the government already supported the transition with a significant top-up of existing research programmes, for example the implementation of the national hydrogen strategy, which “also benefits” the aviation industry, to “make Germany a technological pioneer in CO2-neutral aviation.”

Climate-neutral flying by 2050 is technically feasible, but will still require enormous research efforts and close cooperation between policy makers, industry and scientists, according to the German aeronautics industry and the country’s Aerospace Centre (DLR). “An energy transition in aviation with the goal of zero emissions is possible by the middle of the century and requires a comprehensive innovation push,” said the DLR in a press release accompanying a white paper drafted jointly by DLR researchers and the German Aerospace Industries Association (BDLI). The shift “will require a diverse mix of technologies with extensive developments in the areas of sustainable fuels, new configurations, battery and fuel cell technology as well as various hybrid propulsion solutions and new gas turbine concepts,” the DLR said.

DLR executive board member Rolf Henke said “it is now time to open a new chapter” in the industry. “Our ‘white paper’ shows the way to emission-free flying for the ‘Green Deal’ of aviation.” The transition will create high-tech jobs, promote social prosperity in Germany and Europe, and result in “fascinating products,” but still requires major research efforts, he added. “In particular, trial aircrafts will be an essential element in the areas of electric flying, hydrogen, new fuels and new aircraft configurations,” Henke said. BDLI vice president Reiner Winkler said his industry faced two unprecedented challenges simultaneously: the economic crisis triggered by the corona pandemic and the pending shift to climate-neutral flying.

The report says battery electric concepts are a promising option for urban air mobility and for regional aircraft for very short trips. “Aircraft with hybrid drive concepts based on fuel cells will replace today’s aircraft on short and medium distances,” the DLR forecast. For medium and long distances, sustainable fuels in combination with new gas turbine concepts offer the best potential, the centre said, adding that the direct use of green hydrogen is becoming a long-term focus. “In the long term, the use of turbo-hybrid electric drive concepts and even fuel cells is also conceivable on long-haul routes,” the DLR said.

Sören Amelang is a staff Correspondent for Clean Energy Wire. During his 15 years at the news agency Reuters, he wrote about international business, economics and politics. He was lead writer for Reuters’ German coverage of the financial crisis and the ensuing debt crisis in Europe. He holds a BA in Development Studies from Liverpool University and an MA in International Relations from the University of Sussex.