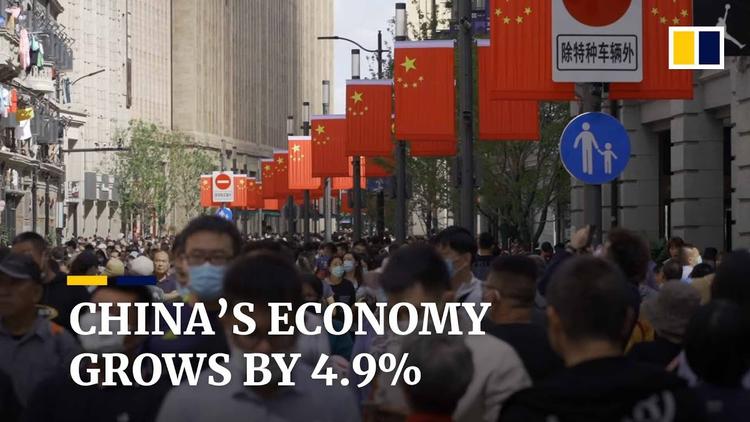 Ann Arbor (Informed Comment) – Even if Trump loses, he can go on screwing up the country for two and a half months thereafter, and it will take years to undo the damage he has done. Pandemics are the sort of thing you want to nip in the bud. If you let them go to national community spread, they become far more difficult to quash. Some analysts are looking at winter 2023 for the US to “put the pandemic in the rear-view mirror,” and that is assuming we get an effective vaccine fairly soon (something of which there is no guarantee), and that it can be mass manufactured and widely distributed and that people will get it.

The morass into which Trump administration inaction on the pandemic has cast the United States has geopolitical consequences. As in, we are in danger of falling behind the rest of the world, especially rival powers like China.

Up until last week, China had gone two months without reporting any new coronavirus cases. None. That’s mid-August until mid-October! Then last week they had 12 cases in the eastern Yellow Sea port of Qingdao in Shandong province and they went medieval on it, testing ten million people in the city and its environs. Qingdao has a population of 5.6 million, with 9 million in the metropolitan region. The US only ships 1.4 million tests a day and in some recent days has had nearly 70,000 cases, returning to the levels of the summer spike.

Qingdao, by the way, has a GDP of $266 bn per year, equal to the whole GDP of the country of Portugal. It is on par with Minneapolis-St. Paul. And it is just a second-tier Chinese city, the 16th most populous. It is more populous than Los Angeles, the second biggest US city after New York City.

Look at this picture, and there is serious danger of China leaving the US in the dust. It will have had three years of solid growth by the time the US gets a handle on a pandemic that is more or less over with, for now, in China.

Laura He at CNN Business reports that China’s gross domestic product grew 4.9% in the third quarter, July-September, over one year ago. Its industrial production actually grew 5.8 percent year on year, improving on the second quarter’s 4.4 percent growth. Consumers are buying again, with auto sales surging over 12% (Ford China did 25%!). China has also been able to grow its market share in exports because it has a functioning economy when so few do.

She quotes Liu Aihua, the spokeswoman for China’s National Bureau of Statistics, as saying “”So far we can say consumption has already climbed out from the pandemic’s deep shock. The recovery is underway… [people are]
willing to come out from their homes and spend money in the physical shops.”

Not only is the US falling behind China on pandemic response and economic and manufacturing growth, but China’s government has committed to net carbon neutrality by 2060 and will put enormous government incentives into green energy and green transportation. This epochal investment will create new technological innovation, and customers could develop brand loyalty to Chinese advanced solar panels and electric cars, leaving the US in the dust.

China is also stealing marches on the US with regard to electric cars. There are 862,118 electric car charging ports around the world, but 60% of them are in China. China taxes license plates for gas-guzzlers but doesn’t tax electric cars. Renewables and green transportation will not happen by the magic of the market and the government getting out of the way. This is the Manhattan Project or the moonshot on a massive scale– business will drive it later on, but the government has to set up the right conditions for that in the beginning. As Biden says about moderators’ demand that Trump stop interrupting his rival, “he doesn’t know how to do that.” He also doesn’t know how to green the economy or our transportation. And by the time Biden can get the country back on an even keel, we’ll have lost two further years to China.

Even if the US has spectacular third and fourth quarters, its annual GDP this year is likely to come in 3.2% lower than in 2019. That is, the US will shrink 3.6 percent but China will likely grow 1.2 percent this year, and will be the only major economy to grow.

This Republican administration has given us a one-year budget deficit six times larger than Obama’s last ones. And mind you, Trump’s massive 2017 tax cut on the superwealthy had already put the annual budget deficit back up over $1 trillion a year. It makes you want to find a Tea Bagger and rub their noses in it the way you rub a puppy’s nose in its feces when it goes inside the house. Early next year, the US national debt will overtake annual income. If the dollar weren’t the world reserve currency, it would fall dramatically on this news and Americans would not be able to afford as many imports. But you have to wonder how long the world will put up with a reserve currency so burdened with debt, issued by a country with a stark decline in gross domestic product.