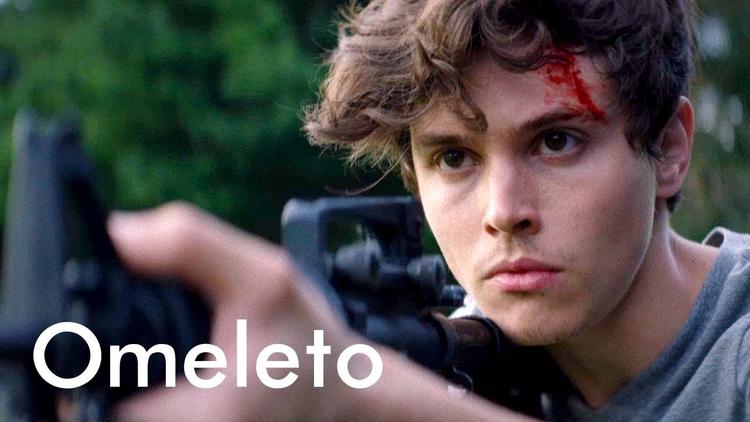 “Small Arms,” a prescient sensation, is featured by the YouTube short film site, Omeletto and has garnered over four million views. It is embedded below.

“College student Ethan has been harassed with anonymous threats, and his sense of self and power has fractured as a result. To prove himself and boost his sense of safety he seeks out shooting lessons from a reclusive ex-militia member and survivalist.

Director Arman Cole’s dramatic short grounds an incendiary nexus of topics — gun culture, mental health and more — in a compelling coming-of-age story about a young man looking to gain a sense of power in a world that renders him helpless and fearful.

The film’s subject matter could easily fall into overbearing and didactic territory, but instead the story is rendered with a subtle, understated sense of direction, grounded in complex, powerful performances. The characters — played by Tyler Young and Dominic DeVore — are likable, sympathetic and above all human, with desires and needs that are easily understandable. When the film takes an unexpected turn, it’s both surprising but understandable, given the richly intimate acting and insightful writing.

The film delves into timely territory, offering a searing look at a subject that draws intense feelings on both sides of the issue. But by pointing a lens upon today’s issues with well-calibrated emotion and powerful storytelling, “Small Arms” accomplishes what powerful art does: it puts a mirror up to our society and challenges us to look closer at the world we make with our words and actions.”

ABOUT OMELETO
Omeleto is the home of award-winning short films. We showcase Sundance winners, Oscar noms and critically-acclaimed filmmakers from every genre. Subscribe for more: http://sub2.omele.to