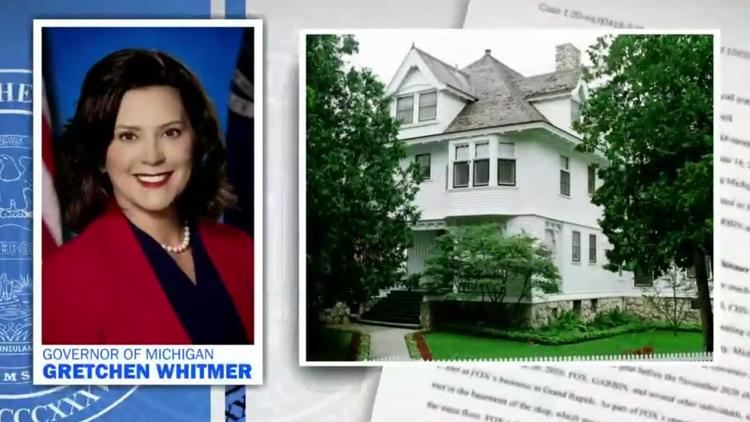 Details are still emerging about the men arrested on federal and state charges related to an alleged plot to kidnap Michigan Gov. Gretchen Whitmer. Federal prosecutions can take months and even years, so it will be quite some time before a full analysis of this situation becomes possible.

But as a scholar who has spent the last 12 years studying the U.S. domestic militia movement, including three years of fieldwork embedded with militias in Michigan, I believe several themes will remain important, wherever the details lead.

1. What is this group, and where did it come from?

Reports I’m hearing indicate that the group the arrested men were part of, called the Wolverine Watchmen, likely started early this year as an offshoot of the Michigan Liberty Militia. That group has received wide publicity for its involvement in lockdown protests at the state Capitol in Lansing.

It’s not clear why the split may have happened, but it is very common for internal splits to occur in militia groups. I’ve observed that directly in my fieldwork, and have heard the same from long-term militia members who say it dates back to the beginnings of the movement in the early 1990s.

Sometimes these splits are for practical reasons, like groups that grow too large dividing into smaller groups to allow for more frequent meetings and closer connections. Or people tire of traveling long distances to be part of a large group, and instead start their own unit closer to home.

Other times, splits happen because of personality conflicts or disagreements over the direction of the group. Some members of Michigan’s Hutaree militia, for instance, started as members of a different group, but were pushed out.

The reasons I heard from militia members on both sides of that split were that those who became the Hutaree hinted at having more extreme views than the rest of the group. Leaders of the original group had also expressed concerns about unsafe firearms handling practices among those future Hutaree members, an offense that, if persistent, is grounds for membership revocation in many militias.

The reasons the Wolverines split are not yet clear – but it is possible that they had ideological disagreements.

2. What are their aims or goals?

Traditionally, researchers have categorized militias as one of two general types: “constitutionalists,” who are largely law-abiding and make up the majority of the movement, and “millenarians,” who are more prone to conspiracy theories and violent action.

More recently, internal divisions have occurred in both these groups around whether they support police, or whether they call for a widespread uprising against government tyranny.

From the evidence available so far, it strikes me that the arrested men are probably more millenarian in outlook. In general, millenarian groups are more likely than their constitutionalist comrades to be invested in conspiracy theories, to be motivated by religious and racist views and to have members who are closely related to each other.

These characteristics fit with what is known so far about the men arrested in Michigan, which include two people who share a residence and two others who share a last name. For instance, at least one of them appears to have followed and promoted QAnon, a movement that has been called a “collective delusion” rather than a conspiracy theory. That belief system includes claims that “vaccinations with tracking chips will later be activated by 5G cellular networks,” “the coronavirus is a hoax,” “celebrities harvest [a chemical] from children’s bodies” and that a “global network tortures and sexually abuses children in Satanic rituals,” among other ideas.

A different member of the alleged conspiracy has shared online images of Norse symbols and a religion worshiping the Norse god Odin. These are not inherently racist, but many racists and white supremacists identify with and promote the myths and iconographies of that religion, often called “Odinism.”

Some might suspect that the men were motivated by a desire to overthrow the government – since they allegedly sought to kidnap a governor. But based on the information available so far, including the federal charges against them, I think it is more likely that these men saw themselves as resisting government overreach and infringement on individual liberties, seeking to restore what they understood to be a constitutional leadership structure.

For instance, the federal charging document quotes one of the men as saying “I can see several states taking their … tyrants. Everybody takes their tyrants.”

3. How much of their belief is about gender?

Overt sexism is not usually part of militia groups’ principles, but militias are dominated by men, with most groups having no more than 10% women among their membership. Many of those men believe in largely traditional roles, where men are the protectors and breadwinners of the family, and women take more supporting and child-rearing roles.

Those beliefs can be amplified among people who follow certain versions of Odinism that are connected to white supremacy. From their perspective, It’s a way to increase the numbers of strong white families and white babies.

The document detailing the federal charges says the men used sexist language when discussing the governor, including the word “bitch.” That seems to confirm that their anger may have been sparked not just by Whitmer’s lockdown orders, but also the fact that she’s a woman.

4. Was this influenced by President Donald Trump?

It is impossible to say definitively whether these men were inspired by anything Pres. Donald Trump has said or done.

However, the president has used inflammatory language criticizing Whitmer – including a tweet just two days after a large anti-lockdown protest including armed protesters surrounded the state Capitol building. That tweet, on April 17, 2020, simply declared “LIBERATE MICHIGAN!”

Around the same time, Facebook reportedly alerted the FBI to online discussions that related to this group’s alleged plot.

Whitmer herself has said the president’s rhetoric is partially responsible for the plot, including his refusal to denounce white supremacists during the Sept. 29 presidential debate.

In the wake of the arrests, Trump continued to attack Whitmer, saying she had done “a terrible job” battling the coronavirus pandemic and accusing her of not being grateful enough to “My Justice Department” for its work on the case.

5. Were they a serious threat?

As a specialist on Michigan militias, I’ve been asked several times since the news broke whether this group posed a real threat, in terms of being likely to act on its plan and kidnap or harm Gov. Whitmer.

Members of other militia groups in the state reported to me after the arrests that they do not believe these men were “smart enough” to pull off anything like this.

I heard similar comments about the suspected weaknesses of Hutaree members a decade ago. In 2010, nine members of that group, another Michigan militia, were arrested on federal charges that they planned a series of events to kill large numbers of police officers. Those charges were ultimately dismissed by a federal judge who said all they were doing was talking, though a few of the group were convicted of more minor charges involving weapons possession.

The involvement of informants and undercover agents may also raise concerns about FBI practices, which have been criticized as fabricating entire plots to entrap innocent people in cases that alleged Islamic terrorism.

These are the issues to keep an eye on, as the details emerge and the case unfolds.