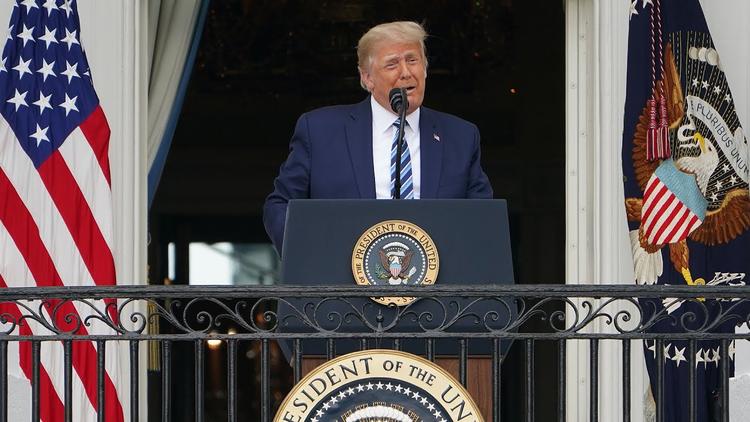 The world’s worst outbreaks are occurring in nations with authoritarian leaders, like Trump.

(Foreign Correspondent) – The four countries with the most confirmed COVID-19 infections in the world are all led by rightwing populists: the US, India, Brazil, and Russia. Throw in the United Kingdom, which has the largest infection rate in Europe, and you have a common pattern.

Leaders of these countries pose as men of the people battling the elites. In reality, they channel people’s darkest fears and prejudices into policies that benefit the ultra wealthy.

Rightwing populists initially downplayed the seriousness of the coronavirus, adopting dangerous public health policies that ultimately infected themselves, close supporters, and aides. These were not mistakes or bad luck, but rather the inevitable outcome of putting Dr. Frankenstein in charge of health policy and making Igor chief of implementation.

A virus has no politics

When the virus began to spread globally in March, it had no inherent politics. Public health officials worldwide agreed to use traditional anti-epidemic protocols: widespread testing, contact tracing, and quarantine. There were no leftwing masks or rightwing ventilators.

But as many countries failed to contain the pandemic, a battle broke out between medical officials who want to minimize public interaction and the big business class, which wants to keep companies open.

In general, union workers sided with medical experts in seeking to make workplaces safe. Corporate executives sought to open factories regardless of health costs, or at least receive massive government subsidies during the shutdown.

The administration of Donald Trump, wary of openly siding with its corporate bosses, instead played the populist card. Last May, in Michigan and some other states, a few hundred small business people and workers held demonstrations demanding that the government allow the economy to reopen.

Trump promoted the small protests as proof of a grassroots rebellion. A barbershop owner became the symbol of Americans demanding an end to pandemic shutdowns. Armed militia members stood guard as the barbershop’s owner, Karl Manke, reopened in defiance of a public health order. As one article reported, they were “wearing Trump sweatshirts and Trump cowboy hats and waving Trump flags.”

In short order, the Trump Administration made refusal to wear a mask a symbol of American independence. The President’s followers eschewed wearing masks or keeping six feet apart at public events, or even while grocery shopping.

Few Americans have qualms about businesses protecting their operations by posting signs reading “No Shirt, No Shoes, No Service.” But when the same businesses require customers to wear masks, it’s totalitarianism.

Trump became trapped by his own rhetoric and egotism. He rarely wears a mask at the White House and many of his staffers follow suit. The administration has held super spreader events, such as a September 26 Rose Garden celebration of the nomination of Amy Coney Barrett to the Supreme Court.

This week, Trump advisor Stephen Miller became the thirty-fourth White House denizen to test positive for COVID-19. Nearly all members of the Joint Chiefs of Staff are quarantined after one high ranking officer tested positive.

But Trump was not alone in endangering his staff and the public.

Boris Johnson, who comes from an upper-middle-class family and studied at Oxford, portrays himself as a quirky man of the people. He and the Conservative Party won Britain’s last parliamentary election by calling for a quick withdrawal from the European Union, a long-time demand of the British left and popular with many workers.

During the pandemic, Johnson played the populist card by claiming to represent ordinary people who just wanted to return to work. Johnson claimed the United Kingdom could quickly develop herd immunity, which would immunize a majority of its residents, save lives, and produce a prosperous economy.

It didn’t work. The United Kingdom has faced several waves of contagion, and today it has one of the worst records in Europe: 544,000 confirmed cases and 42,500 deaths.

Johnson also made the mistake of believing his own propaganda by not taking precautions at 10 Downing Street. Starting in March, top U.K. leaders became infected, including Johnson, the health secretary, chief advisor to the prime minister, and the country’s chief medical officer.

While spouting platitudes about how well he was recovering at the time, Johnson later admitted he came close to death.

As with Trump, who celebrated his return from the hospital by ripping off his mask before walking into the White House, the experience has not made Johnson noticeably wiser. His pandemic policies still flounder and popularity plummets.

The world’s major rightwing populist leaders share some disastrous policies in common. They downplay the significance of the pandemic, fail to follow the advice of medical experts, and fire advisors who insist on fact-based policies.

In August, Trump appointed Scott Atlas as a special advisor on the pandemic. He is not an epidemiologist or a public health expert. But he is a doctor who frequently appeared on Fox News and works at Stanford University’s rightwing Hoover Institution. One hundred-some of his Stanford colleagues wrote an open letter sharply criticizing Atlas’s pro-Trump views on the pandemic.

“Many of his opinions and statements run counter to established science and, by doing so, undermine public-health authorities,” they wrote.

Making Atlas a coronavirus advisor is like appointing Dr. Frankenstein to head the city morgue. He helped create a monster who stalks the streets of the US all the way to the White House.

Trump is now betting on the quick development of a vaccine, claiming it will be publically available later this year. Once again “America First” ignores developments elsewhere. Both China and Russia are already distributing vaccines. But it will take many more months to prove their efficacy and begin widespread inoculations.

Yet Trump says a US vaccine will be ready soon. Why shouldn’t we believe him? He’s done such a great job so far.