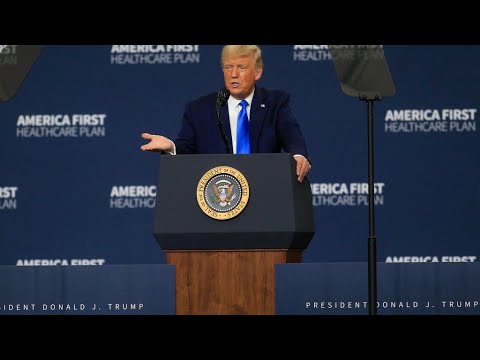 Gainesville, Florida (Special to Informed Comment) –Considered a serious danger to the wealth of private corporations and individuals, the highly class-conscious corporate-run, profiteering U.S. business community seeks to contain and reduce the political power of the 99%. Toward this goal, President Trump and the GOP are attempting to terminate Obamacare (ACA) including health plan subsidies and elimination of individual and employer mandates authorized by the Affordable Care Act .

With proposed Trump/Republican style ACA replacement programs, there will be huge benefits for corporations and the very rich. Respected economics correspondent of the Financial Times (UK) , Martin Wolf, writes that, “The (Republican) tax proposals would shower huge benefits on already rich Americans such as Mr Trump, while leaving others in the lurch, including, of course, his constituency. The immediate reaction of the business world reveals that Big Insurance, Big Pharma, Wall Street, the military industry, energy industries and other such “wonderful” institutions expect a very bright future”.

Former Secretary of Labor, Robert Reich, writes that by repealing ACA an average of $33,000 of tax cuts would be given to the richest 1 percent this year alone, and a whopping $197,000 of tax cuts given to the top 0.1 percent. The 400 highest-income taxpayers (with incomes averaging more than $300 million each) will each receive an average annual tax cut of about $7 million.It would also increase the taxes of families earning between $10,000 and $75,000 – including just about all of Trump’s working class voters.

Secretary Reich lists what we end up with if Republicans repeal Obamacare-ACA:

– 32 million people losing their health insurance,
– tens of thousands of Americans dying because they don’t get the medical care they need,
– Medicare in worse shape,
– And the rich becoming far richer.

To maintain corporate control of U.S. health care insurance, our system is privatized and unregulated. Private, Big Insurance companies are in the business of making money, not providing health care, and when they undertake the latter, it is likely not to be in the best interests of patients or to be efficient. Administrative costs (and immense profiteering ) are greater in the private health care insurance system, and even Medicare itself is weakened by having to work through the private system.

A major figure in academic family medicine and social-health policy, John Geyman, M.D., distinguished professor emeritus of family medicine at the University of Washington School of Medicine, anticipates that GOP principles and approaches will make an imploding ACA system even worse, with a possible huge backlash from the public and even the private insurance industry when it doesn’t get all that it wants.

Dr. Geyman writes that we already know much about what to expect in any Trump-Republican post-ACA replacement plan. First, the GOP principles upon which it will be based:

1). States, not the federal government, should have primary responsibility for health policy;
Patients and doctors should be in control;
2). There should be more competition among health plans to give patients more choices; and
Small business should have more discretion and flexibility to configure health benefits for their employees.
3). A 37-page GOP white paper, “A Better Way”, includes continuation of consumer-directed health care (CDHC) (with patients having “more skin in the game”), health savings accounts, high-risk pools, selling insurance across state lines, association health plans among businesses, and further privatization of Medicare and Medicaid.
4). Tom Price (R-GA) and other GOP’ers, proposed the complete repeal of the ACA, as well as privatization of Medicare, sharp cuts in Medicaid funding, and defunding of Planned Parenthood.

Dr.Geyman notes that the problem with all of these proposals is—they won’t work. Each of these directions has been used for years, and have all failed to assure Americans with better access to affordable health care. They have been discredited by long experience.

1. MARKET FAILURE: Like the ACA, any of their replacement plans are still based mainly on the private for-profit market place. Insurers, the drug industry, and other parts of the medical-industrial complex, including their shareholders, have enjoyed bonanza years on Wall Street under the ACA without any significant cost containment. Most people are unaware of how extremely privatized and for-profit the current health care system is, as these examples show: free-standing laboratory and imaging centers (100 %), surgical-centers (95 %), dialysis centers (90 %), home care (76 %), nursing homes (65 %), and hospice (63 %) , (2016 Annual Survey by the Commerce Department or most recent available data for share of establishments.) Instead of increased competition, we have seen increasing consolidation and less competition under the ACA.

2. FAILURE TO LEARN FROM PAST FAILED HEALTH CARE POLICIES: Republicans conveniently forget that the ACA was modeled on a health plan brought forward by the Heritage Foundation and enacted as the Massachusetts Health Plan by Governor Romney in 2006. Three years later, a study comparing safety net hospitals with non-safety net hospitals found that the former played a disproportionately large role in caring for disadvantaged patients and were hurting financially. There are many reasons for the ACA’s failure including its reliance on a failing multi-payer financing system with some 1,300 private insurers, mostly dedicated to profits rather than coverage of patients’ health needs. How they continue to discriminate against the sick, profiteer, and inflate their overhead is well known and shows that the industry is not sustainable without taxpayer support.

3. FURTHER PRIVATIZATION: Contrary to experience, evidence and GOP ideology, privatization is less competitive, less efficient, and more expensive for patients than the public sector, as already demonstrated by private Medicare and Medicaid plans. Privatized plans offer less choice, are more volatile and less accountable than their public counterparts. They game the system and demand ongoing overpayments (e.g. more than $173 billion to Medicare Advantage between 2008 and 2016 . All that amounts to corporate welfare at taxpayer expense.

4. DEPENDENCE ON LARGER ROLE OF STATES: There are already wide variations in states’ definitions of eligibility and coverage, which are likely to increase further as more restrictive federal block grants to states become widespread. Safety net resources will be hit hard, seriously impacting the most vulnerable among us.

5). THE GOP IS TAKING US OVER A CLIFF: while seemingly not realizing it may well be political suicide for the party. Dr.Geyman says to expect that any GOP replacement plan will cost patients, families, and taxpayers more, and that we will all get less. This is all so foolish since there is a real solution in plain sight—single-payer national health insurance (Medicare for All-M4A). Republicans have been blinded by ideology and are unaware of the failed policies already proven by the last 25-plus years’ experience, including those of the ACA, much of which are still baked into their supposed “better way.” They also seem to be unaware of the most recent public polls strongly favoring M4A, regardless of political party. As just one example, a Gallup poll as far back as May 2016 found that 41 percent of Republicans and leaners favored replacing the ACA with M4A.

Of the OECD nations, the United States ranks near the bottom in health care justice. And yet Trump and the
GOP is moving forward with legislative action that likely would not only reduce costs for the wealthy, but also further diminish justice within our health care and health insurance system. We need a not-for-profit, one-tier public system of universal coverage, Medicare for All, based on medical need, not ability to pay. Martin Luther King Jr, said, “Of all the forms of inequality, injustice in health is the most shocking and inhuman.”

Medicare for All is the 2020/2021 solution. The majority of Americans support improved Medicare for all. Legislation now filed in Congress, in the House (H.R. 1384) and Senate (S. 1129), would establish this badly needed reform. Contact your legislator asking them to support this critical legislation.