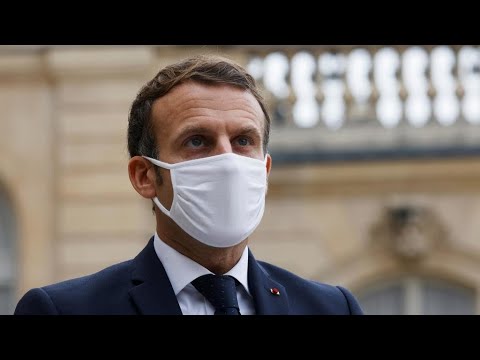 Southwest Harbor, Maine (Special to Informed Comment) – Following weeks of speculation and worry about the possibility of violence and/or crasing technical systems the United States executed a largely flawless presidential election. At least that was how the major media portrayed the events of early November. Once again American exceptionalism provided the opportunity to sing our praises. Our election had been a model to the world.

Indeed on election night trained election officials, members of both major parties performed their intricate tasks in a speedy but careful manner. They did so under the threat of a deadly virus and facing a barrage of groundless accusations about the integrity of the process.

That there are still large numbers of our fellow citizens who will count the vote fairly and promptly can distract from the larger context in which the election was held. We need to lengthen our time frame and broaden our focus. Even after an election that saw a dramatic increase in voter participation, the United States still trailed many of the social democracies. We have a long way to go to equal Sweden, where 83 percent of the citizenry vote in national elections

Some critics of American democracy attribute our relatively anemic voting figures to citizen apathy. At least as plausible are explanations that draw on the interaction of our electoral systems with our highly inegalitarian political economy. Writing in a recent New York Times op-ed, Spencer Bocat-Linde comments: “The United States is one of only seven countries in the 37-member Organization for Economic Cooperation and Development that don’t hold elections on a weekend or a holiday. While many countries put citizens on the voter rolls by default or promote voter registration, signing up to vote here is a cumbersome, opt-in process.” His point is backed up by a survey by The Pew Charitable Trust

Consider the burdens in voting faced by many poor citizens in the United States. Living in neighborhoods lacking access to inexpensive food and banking services They must take time off from minimum wage jobs and borrow access to a car. Poor citizens are actually punished, in material forms, for voting. In addition, as Daniel Garisto writes at Scientific America, “Shortages of equipment and poll workers often cause unreasonably long waits, especially for Black voters. In the 2016 election, voters in Black neighborhoods waited 29 percent longer on average than voters in white neighborhoods, according to one study.”

Does voting offer medium or long term benefits that would more than compensate for these immediate burdens? Unfortunately the answer often is no. In our first past the post winner take all electoral system politics gravitates toward a two party system and the parties themselves converge Thus both major parties historically have embraced corporate models of international trade and have rejected Medicare for All. Historically Democrats have joined with Republicans in efforts at both state and Federal levels to make it more difficult for third parties to gain ballot access or receive public funding.

“The President and the Democratic Party are almost as dependent on big money – defined, for example, in terms of the percentage of contributions (over $500 or $1000) from the 1 percent as the Republicans. To expect top down money-driven political parties to make strong economic appeals to voters is idle. Instead the Golden Rule dominates: Money-driven parties emphasize appeals to particular interest groups instead of the broad interests of working Americans that would lead their donors to shut their wallets.”

Though recognizing the limits of electoral politics progressives and Left advocates should not shun electoral politics. Reform of the electoral machinery, such as abolition of the electoral college and rank choice voting may open up new political opportunities. And just as important, some third parties—especially when combined with grass roots movements– played a major role in fostering Progressive and New Deal era reforms. Broad-based coalitions acting in multiple venues offer the best prospect of model elections.