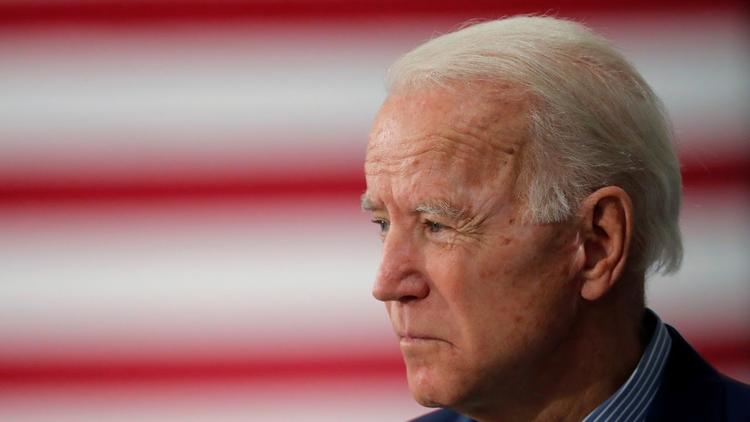 Ann Arbor (Informed Comment) – If Joe Biden wins the presidency and the Democrats sweep to power in both houses of Congress, it will have a huge impact on domestic policies, on everything from health care to workers’ rights to green energy. But the impact on foreign policy would be equally significant.

The biggest foreign loser in such a sea change will be Saudi Arabia.

Saudi Arabia is a country that Trump has coddled. Trump initially sided with the Saudis when they blockaded and attempted to overthrow the government of Qatar in June, 2017. Trump has strongly backed the Saudi-led war in Yemen. He ran interference for crown prince Mohammed Bin Salman from the fall of 2018, when the CIA accused the prince of having ordered the assassination of Washington Post columnist Jamal Khashoggi at the Saudi consulate in Istanbul at the beginning of that October.

When Saudi Arabia and Russia got into a price war over petroleum that caused the price to crater, Trump helped negotiate a resolution, keeping the price higher. This was bad for US consumers, good for Saudi Arabia. Fortune wrote last April, “At that moment, the OPEC+ alliance sealed the largest ever coordinated production cut, removing about a 10th of global supply. The historic deal had almost been derailed by a fight between Saudi Arabia and Mexico’s populist government, forcing President Donald Trump to step in and broker a face-saving solution.”

In addition, of course, Trump breached the 2015 treaty with Iran that the US had signed, and subjected that country to an unprecedented, crushing financial and trade blockade. Saudi Arabia is at daggers drawn with Iran and enjoys that country being weak and put upon, though Trump’s blockade has not yielded any significant Saudi geopolitical victories in the region– Iran is still strong in Iraq, Syria and Lebanon, and although it isn’t very important in Yemen, its allies there, the Houthis, have not been defeated.

Virtually all of this is likely to change on January 20 if Biden and the Democrats win.

Both houses of Congress have already passed measures to withdraw the US from the Yemen War, where America has helped fuel fighter jets and bombers and given other logistics help, and has advised the Saudis on strategy and targeting. The Saudi-led military campaign has left millions of Yemenis on the verge of starvation by destroying key infrastructure and by displacing them. Trump vetoed both the House and the Senate measures, the latter passed with help from some Republicans.

So if Biden wins and has Congress, it is likely that the US will completely pull out of the Yemen War. Worse, Washington will not run interference for Saudi Arabia and the United Arab Emirates, the invading countries, at the United Nations, which could open them to uncomfortable condmenation and perhaps even sanctions.

Biden-Harris and their Congress will heavily promote the electrification of American transportation and the further greening of its electricity production. If you run electric cars off of wind and solar farms, you just don’t need any gasoline. While the US only imports on average half a million barrels a day from Saudi Arabia, that is nevertheless a big loss to Riyadh if it goes away. The big danger is if the US puts research money into making electric vehicles, batteries, and wind and solar substantially cheaper. In 15 years, it may be that no one wants to buy petroleum except for fertilizer or plastics, which are far, far less lucrative than vehicle fuel. Saudi Arabia would become a normal country, and would have to transition to being a finance and tourism hub (i.e. Switzerland would become its new business model). Crown prince Bin Salman sees this writing on the wall, and wants to march Saudi Arabia into that new future, but he has behaved so erratically that he lost a lot of the foreign investment that would be necessary.

A Democratic Congress will want justice for Khashoggi, and, indeed, even the old Congress did, but they were blocked by Trump.

Pressure on King Salman to sideline his murderous son could build to a crescendo.

Biden would try to bring the Iran deal back, and while it won’t be easy, if he succeeds, it will change the balance of power in the Gulf and the Saudis will likely be forced into some sort of accommodation with Tehran, their dreams of hiring the Pentagon to overthrow the ayatollahs crashing and burning.

Saudi Arabia is facing a rocky road if the Democrats have a big victory, and there is even a question about whether the long-lasting US-Saudi alliance forged during WW II can survive. Riyadh may turn to China as an alternative.

Moreover, if the US goes in big on electric cars, Saudi Arabia just won’t matter to US foreign policy any more. It will have all the strategic importance of Senegal or Uruguay.

And that would be huge.

On the other hand, a Trump victory would entrench all the present policies toward Riyadh and make them worse.

Sky News Australia: “Biden may change US relations with Saudi Arabia if elected”