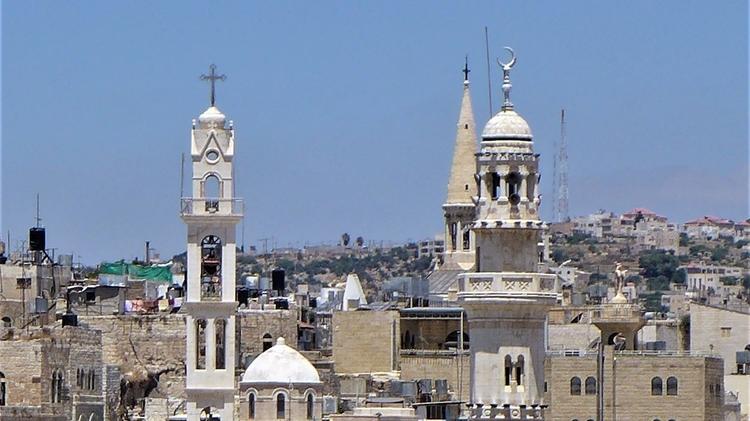 ( Christian Courier Canada) – Evangelicals were looking for a protector,” Kristin Du Mez says, to explain their attraction to President Trump in 2016, “an aggressive, heroic, manly man, someone who wasn’t restrained by political correctness or feminine virtues, someone who would break the rules for the right cause” (Jesus and John Wayne, 253). The word “heroic” led me into the following exploration of the interface between heroic literary traditions and the militant religious right in Islam and Christianity.

I was struck by these key similarities between heroic literature and the imaginings of the religious right while I was reading Maria Headley’s new translation of Beowulf. I have always been impressed by the essential similarity in values portrayed in heroic poems like Gilgamesh, The Iliad, and the Muallaqat, across the boundaries of civilizations. Now I see the values of the radical right reverberate with those heroic epics.

Consider this: Beowulf the hero is famed for his masculine strength. He regales us with narcissistic accounts of his exploits, like spending an entire night underwater hunting down sea-dragons to make the shipping lanes safe, single-handedly! He kills the monster Grendel by tearing out his arm, and then decapitates Grendel’s grieving monster-mother after death-defying combat. His reward: gifts of bejeweled weapons from the palace plunder. Winners are glorified and enriched; losers dispossessed and disemboweled. Beautiful queens exist to serve the heroes mead and sex. Action gives life meaning; monsters and dragons stand by and the gods (and God; the setting is Christianizing Europe) stand back. The fulcrum of existence is muscular power; to kill or be killed; to amass treasure by raiding weaker neighbors.

Like Beowulf in Europe, heroic poetry survived Islam’s inception, not only the exploits of Antār in the Muallaqat (hung in the Ka’abah) but the deeds of Alexander (Iskandarnamah, referenced in the Qur’an) and the ‘descent’ of Persian Kings (Shahnamah). Heroic kings, such as the Caliphs Omar (Conquest of Jerusalem) and Harun Al-Rashid (Thousand and One Nights), colour Islamic history. In 1970s Jordan every guest room displayed two photographs, one of King Hussein and one of Gamal Abdul Nasser – so guests could bask in their glorious gazes.

In the novel Grendel, John Gardner retold Beowulf through the eyes of the monster Grendel, the ravager of King Hrothgar’s palace. Grendel, spying on palace life between bouts of cannibalistic mayhem, is mystified by the never-ending cycle of military raiding and brain-fogging mead-drinking he witnesses, and realizes that human lives are even more senseless than his own. Then, when in the raging combat Beowulf tears off his arm, Grendel flees, not cowardly, but from overwhelming futility. Reluctantly we feel sympathy for the bloodthirsty but self-questioning Grendel, and disgust for the heroic but self-aggrandizing Beowulf.

With Grendel Gardner overturns my prior notion that the imaginary worlds of epic poetry preceded philosophy as civilization emerged from the mythic past (Before Philosophy, Frankfort). Emulation of the heroic is a choice for action against thought and science that recurs in history. Understanding this helps explain the anti-intellectual behavior of rightwing religious movements. Both radical Islam and Christianity identify thought-based religious and civic institutions (dubbed “apostate” and “secularist” respectively) as the enemy requiring heroic defeat in epic battle.

Headley’s earlier book, Mere Wife, a feminist retelling of Beowulf in a gated-community setting, similarly portrays Grendel’s monster-mother more sympathetically and the “queen” (a gated-community socialite) as a power-scheming materialist. Epic conflict here is not the gnostic good-evil struggle portrayed in the Assassin stories of Islam or the Superman comics of America, but a tragic struggle against self-aggrandizing, greed-driven quests for status and power tempting all of us. In interviews Headley called Beowulf “an epic for our time.”

Heroic death in epic poetry, like Beowulf’s immolation in flaming dragon breath, is a tragic consequence of hubris. In both early Christianity and Islam, heroic death was associated with martyrdom in God’s war against Satan. Shi’ite Islam memorialized the murder of Hussein, the grandson of Muhammad, much as Christians remember the stoning of Stephen.

In radical Islam those who die in the wars against “apostates” and “infidels” are portrayed as martyrs in elaborately staged suicide mission ceremonies for media consumption. (Salar Abdoh’s Out of Mesopotamia gives graphic portrayals of institutionalized martyrdom). In terrorist tactics, for example, al-Qaeda’s Trade Center bombing, assassins on suicide missions are rewarded martyrs’ post-mortem fame. My Muslim friends in Jordan simply reject such rituals, saying, “These are not Muslims.”

Though North American Christianity has a less strident tradition of martyrdom, “Evangelical” right notions of heroic death play out in the imaginary world of conspiracy theories and racist paranoia. Symbols of the heroic have a distinct “poseur” quality: disdain for the death of others in refusal to obey COVID-19 precautions; a veneration of assault weaponry; war-mongering nationalism. In short, the manly men of the Christian right tend to be heroes with words rather than heroes in deed.

Radical Islam and militant Christianity share significant characteristics. Marty and Appleby concluded from a comparative study of globe-wide religious fundamentalisms in the 1990s that such similar responses are due to similar stress conditions. I assert further that this shared pattern of response entails the aura of the militant heroic male, in the past celebrated in epic poetry.

Epic celebrates tales of fabulous feats as alternatives to a present that appears mundane and hopeless to overcome what Robert Lifton has called “reality fatigue” (Losing Reality, 158-159). Heroic epic posits a dreamworld framed in poetry sung in celebration of an imagined heroic past to sublimate a bleak present. In the end, heroic tales cannot be replicated in reality, and they do not console, but only offer escape into glorious adventure or entice misguided mimicry.

Headley and Gardner tease a new meaning out of Beowulf: it warns blaming the other (the monster) for our own self-destructive arrogance. Both radical Islam and militant Christianity imagine the mainstreams of their respective religions as the dragon to be slain.

Understanding the futility of male-dominant militant, arrogant personality cults will enable us to reaffirm the promise of the Peace of God offered and shared by both Islam and Christianity. Faith in that invites repair of societal rifts and restoration of mutual tolerance and civility. Mainstream Muslims and Christians each in their own way see doing that as their mandate and let glory be to God.

Find Works Cited in a Recommended Reading List in Part I of this article.

Reprinted from Christian Courier Canada with the author’s permission.