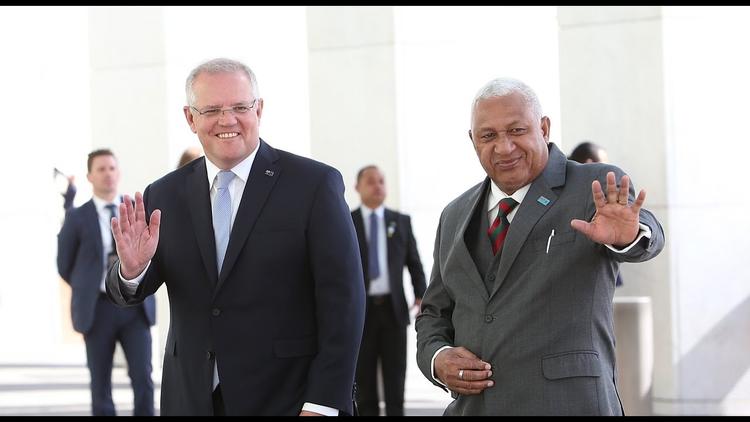 By Richard Beardsworth and Olaf Corry | –

Joe Biden’s presidency is likely to be dominated by “the three Cs”: COVID-19, China and climate change. Each one of these behemoths could make or break him.

Despite wildfires and hurricanes, this was not the long-awaited climate election. Biden and Vice President-elect Kamala Harris campaigned on the promise of a two trillion dollar investment over the next four years. This aims to put the US on course to a carbon-free electricity sector by 2035 and carbon neutrality – meaning, the country’s net carbon emissions would reach zero – by 2050. Their climate plan linked aggressive emissions reductions to social and environmental justice measures beyond compensation for workers and communities embedded in high-carbon industries like coal mining. It was forged in collaboration with the Bernie Sanders campaign and supporters of a Green New Deal.

The bad news is that Biden’s ability to implement such a transformative domestic agenda appears to be severely limited. Any big spending plans are likely to be stymied by the Senate which, even following run-off races in January, can at best end up a 50-50 partisan split, with Harris as the tiebreaker. Even “moderate” Republicans like Mitt Romney have pledged to “make sure that we conservatives keep on fighting to make sure we don’t have a Green New Deal [and] we don’t get rid of gas and coal and oil”.

But if Biden can link action on climate to economic regeneration, jobs, environmental justice, and a proactive foreign policy with both China and Europe, he could yet fulfil both his domestic and international agendas.

While Trump was busy pulling out of the Paris climate accord and rolling back Obama’s environmental regulations, global momentum on climate change built up a considerable head of steam.

In September 2020, the EU ratcheted up its goal from 40 to at least 55% cuts in emissions by 2030. Shortly after a bilateral meeting in Brussels, China’s president Xi Jinping stunned by announcing his country aims to achieve carbon neutrality before 2060, with “peak emissions” earlier than 2030. Japan and South Korea followed within two days of each other, announcing targets to reach net-zero emissions by 2050. The devil will be in the delivery, and “net-zero” opens the door to indefinitely prolonged emissions, offset by risky bets on carbon removal technology being adequate in the future. But the direction of travel is arguably being set.

All this happened despite US sabotage. Biden’s arrival boosts the process significantly, with an election pledge to immediately re-enter the Paris agreement and convene a global summit. Careful coordination with the UK presidency of COP26 will be needed, as the special relationship is already complicated by Brexit and the Irish border question.

Biden could leverage this international momentum to force a way forward on his domestic agenda. America’s new leader would be able to point to an outside world where two thirds of the global economy and half the world’s carbon emissions are subject to net zero by 2050. He would still need to actively make climate action attractive to the American people, circumventing the opposing Republican Party if he must. He could also go ahead and draw on a range of measures that do not require the Senate’s blessing, such as interpreting the Clean Air Act to regulate carbon, and he can ally with US states and cities leading on climate mitigation and adaptation.

But the key in the long run would be telling a new story about climate action to sell to the public. It should tie green measures with economic regeneration and social justice, as well as security from destructive climate impacts. Will it work? A sliver of hope can be found in the fact that Trump campaigned aggressively to scare voters with Democratic plans to act on climate change, phase out coal and limit fracking. But the Democrats still won back the Rust Belt states of Michigan, Pennsylvania and Wisconsin.

Biden could even rearticulate the conflict that Trump has sought with China, nudging it away from outright confrontation towards a competitive partnership in pursuit of a global green recovery. China is bidding for global climate leadership. Over the last decade it enacted a series of measures to spur an electric and hybrid vehicle revolution. US technology is advanced, but which country ultimately claims the mantle of the world’s electro-superpower still hangs in the balance.

Of course, Biden might never be able to force the Republicans to cooperate on regenerating America and avoiding worst-case warming. He would at least have a clear international lodestar and a narrative to berate them with. The post-COVID stimulus measures Biden will need to agree with Republicans could be the first step on a longer journey towards a green recovery at home and reformed American leadership abroad.

Without a national project of renewal to revive industry and improve communities hurting from decades of neglect, Trump’s politics are almost bound to return. Biden’s ultimate challenge is to get his domestic and international predicaments to play off each other so that he can act effectively on both.