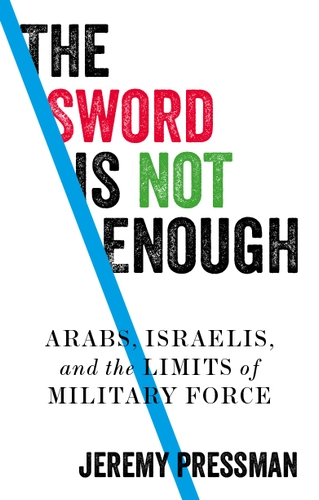 Storrs, CT (Special to Informed Comment) – Late in Trump’s presidency, a flurry of US activity reinforced the Trump administration’s total fidelity to Benjamin Netanyahu’s right-wing Israeli government and its US supporters. But underlying these policy moves is a shared Trump/Netanyahu belief that the threat and use of military force is the best and often only way to advance national security and foreign policy aims.

Israel’s occupation of the West Bank and Gaza Strip is reliant on military force and coercion. That means direct Israeli military and police actions to repress, arrest, and combat Palestinians. They are often the personnel who enforce Israel’s anti-democratic rule. But it also means their role in protecting Israel’s settlements in the West Bank and the settlers who live in them and traverse the region.

That means, as has happened under Trump, that when the United States stops using the word occupation and treats pre-1967 Israel and the West Bank as one in the same, it is accepting the idea that makes that possible, the forceful Israeli repression of Palestinian political life. Extending US-Israeli academic agreements to an Israeli university in the West Bank or embracing Israeli rule of Jerusalem, whether through an embassy move or a slight change in passport rules, is doing the same.

The Sword is Not Enough: Arabs, Israelis, and the limits of military force, by Jeremy Pressman (University of Manchester Press, 2020.) $26. [Click here].

Netanyahu’s long reign as Israel’s prime minister has been predicated on this very idea. In late October, as he visited a large military exercise in Israel’s north, Netanyahu once again echoed this common theme: “Whoever attacks us will meet firepower and a steel fist that will destroy any enemy.”

But this is nothing new, whether for Netanyahu, Israel, or several of the Arab actors in the Arab-Israeli conflict. As I document in my new book, The sword is not enough: Arabs, Israelis, and the limits of military force, two constellations of ideas have vied for attention, but there has been a clear winner.

The dominant idea is that the threat and use of military force is the best way to achieve fundamental goals like independence, territorial integrity, security, and survival. We see this in commitments to armed struggle, deterrence, and war. At the same time, negotiations and mutual concessions are a mistake and will be seen as a weakness or appeasement.

Of course, the first idea is plausible and has some historical support. We see a preference for military force in everything from Jabotinsky’s Iron Wall to the original PLO and Hamas Charters. But it has resulted in three major shortcomings.

First, Peace cannot be forced; only negotiations can cement a peace agreement. Egypt and Israel negotiated successfully. Israel and Syria, in 1999-2000, did not and a peace treaty never came despite their non-belligerent relationship at the time.

Second, a militant, aggressive approach often backfires on security grounds. It worsens one’s own security situation, as happened when Israel invaded Lebanon in 1982 or when the Palestinian national movement relied heavily on suicide bombings during the second intifada (2000-05).

Third, it also has meant missed diplomatic opportunities because everything is treated as a ruse and with suspicion. The Arab Peace Initiative (2002) and Israel’s Disengagement from Gaza (2005) could have been productive diplomatic moments. But the commitment to force obscured those possibilities.

That’s not to say that promoting the secondary idea that favors talking is easy. It gets drowned out in the cacophony of militant and diplomatic voices. It requires leadership and political risktaking. But as I demonstrate in the book’s short historical case studies, at important moments, it has been influential, whether we are talking about Camp David (1978) and the Egyptian-Israeli peace treaty (1979) or the first Oslo agreement (1993).

But such an idea – especially mutual Israeli-Palestinian concessions – has been an anathema to Trump. In general, the Trump presidency demonstrated his tough-guy, art-of-the-deal approach had little success, whether we are talking about the nuclear question with Iran or the trade war with China.

In particular, the same held true for resolving the Israeli-Palestinian conflict. Trump officials never came close, alienating the Palestinian side from the start. In the policy and rhetorical choices they made, they essentially were endorsing Israeli coercion and repression (What occupation? What Green line? What international legal problem with settlements? What contested status of Jerusalem?).

The Trump administration did successfully orchestrate the Bahraini-Israeli-Emirati agreements, and that did require negotiations. But they did so in way that further subverted the Palestinian national movement. In other words, they used diplomacy in one realm to further stymie the possibility of negotiations in another. One obvious result? Continued Israeli occupation, repression, and settlement growth in the West Bank, even if Israel held off of official annexation for now.

Military force may have a place in international affairs. But over-reliance on it leads to pernicious outcomes including missed diplomatic opportunities and national insecurity. Proponents of negotiations and the possibility of genuine, mutual concessions would do well to keep pushing for their alternate approach.

Jeremy Pressman is an associate professor of political science and director of Middle East Studies at the University of Connecticut. His third book is “The sword is not enough: Arabs, Israelis, and the limits of military force” (Manchester University Press, 2020). He has held fellowships at Harvard University, the University of Sydney, the UConn Humanities Institute, and as a Fulbright Fellow at the Norwegian Nobel Institute. Pressman is on twitter @djpressman. He also co-directs, with Erica Chenoweth, the Crowd Counting Consortium, a public and scholarly project that tallies protests in the United States.