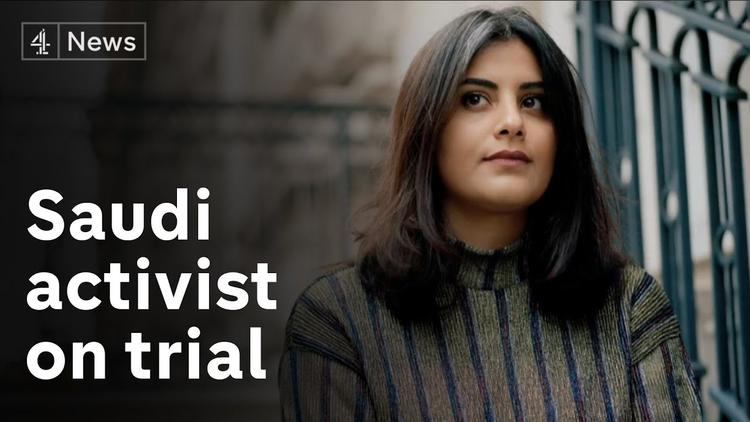 Ann Arbor (Informed Comment) – Al Jazeera points to the call by Senator Chris Murphy addressed to the incoming Biden administration urging a review of US ties with Saudi Arabia, given the kingdom’s miserable human rights record, including its mistreatment of feminist dissident Lujjain Hathloul, 31.

Ms. Hathloul was produced in court on Wednesday. She has been imprisoned for two years, during which she was allegedly tortured and subjected to sexual abuse. She spent a year under those conditions before even being first brought to an ordinary criminal court in March, 2019. Her sister Lina says that this Wednesday, she was weak and shaking uncontrollably, as she learned she would be remanded to the court that deals with terrorism. She had read out in a subdued voice a four-page defense of herself, according to another sister, Alia. Ms. Hathloul has been on a hunger strike to protest her imprisonment.

Her crime? Something substantially less than Gloria Steinem-style second wave feminism. She wanted to be able to drive. She wanted to be able to travel without her father’s, or husband’s permission. Some of the goals she advocated have actually been achieved under the de facto rule of crown prince Mohammed Bin Salman, though the ultra-patriarchal guardianship system has only been slightly loosened. Bin Salman is so worried about someone else getting credit for the reforms, however, that he seems determined to send Lujjain to the gallows for daring speak up in the first place.

She stands accused of “communicating with foreign parties.” She was arrested in 2018 in the United Arab Emirates on returning from an international conference in Geneva on discrimination against women, which is apparently the “foreign parties” being referred to. The UAE then turned her over to the Saudi police. Imagine it being a form of terrorism to attend a women’s rights conference in Switzerland. The Saudi press is calling her and her family “traitors.”

The sinister role of the United Arab Emirates here should not be forgotten.

Her husband, Saudi stand-up comedian Fahad al-Butairi, was also arrested in 2018 and remains in prison.

Saudi Arabia is one of the world’s last absolute monarchies, which practices beheadings and stonings (neither punishment is in the Qur’an, which is supposedly the constitution of the Saudi state). It really should be pointed out that there is nothing in Islam that forbids women to drive, and all the 900 million Muslim women have all along driven except in Saudi Arabia. The crimes Ms. Hathloul has committed are against a repressive, authoritarian state.

The Biden Administration must reset our relationship with Saudi Arabia. America cannot be a credible human rights voice if we keep looking the other way. https://t.co/XqD90YgP94

Ms. Hathloul has a B.A. from the University of British Columbia in Vancouver. In October of 2013, on her return to Saudi Arabia, she drove her father’s car home from the airport, defying the then ban on women driving. She posted the incident to social media, causing the Saudi police to haul her father in for questioning. She joined the women’s driving protests on several other occasions.