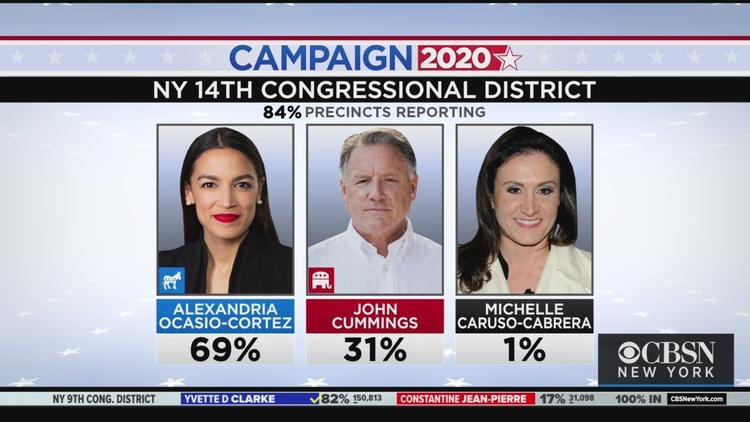 Ann Arbor (Informed Comment) – Although all eyes are on the presidential election as I put this column to bed, it is worthwhile tallying up the progressive victories at other levels of the election, as they are known early Wednesday.

1. The Democrats are projected to retain the House of Representatives, in which they have 232-197, and are likely to pick up some seats. Republicans had hoped to undo some of the 2018 blue wave, and especially to defeat freshman Democrats who won in districts Trump had carried in 2016. On the whole, they appear to have failed.

2. Members of the progressive “Squad” — Representatives Alexandria Ocasio-Cortez (D-NY), Ilhan Omar (D-MN), Rashida Tlaib (D-MI), and Ayanna Pressley (D-MA), all won reelection by big margins. Not only that but the ranks of the “Justice Democrats” were enlarged, with Cori Bush of Missouri (who was pepper-sprayed at a demo in Ferguson only a few years ago), Jamal Bowman of NY16 and Mondaire Jones of NY17. They have a number of progressive allies, and could start forming the core of a swing vote on some issues.

3. Democrat John Hickenlooper defeated Republican Senator Cory Gardner in Colorado, adding one to the column of Dems in the upper house. Gardner had been a never Trumper who switched around to being Trump’s sycophant, and Coloradans didn’t like it.

4. Florida became the 8th state to pass a $15 an hour minimum wage, the result of grassroots organizing on the issue.

5. New Jersey voted to make marijuana legal. The demonization of marijuana (and the glorification of alcohol) were racialized policies of the twentieth century, since pot was associated with African-Americans and Hispanics. Getting rid of this inequity is a step toward individual freedom, greater racial justice, and also state tax revenues. Predictions that Colorado’s addiction or crime rates would rise after marijuana legalization proved relatively baseless, and in fact it seems to have actually reduced crime in neighboring states.

6. Prop 24 a California ballot initiative to strengthen internet privacy, appears to have passed. Since California has some 41 million people and is a tech center, the implementation of this measure will likely affect the internet throughout the country and perhaps the world. It is past time that tech companies cease thinking that just because we surf they Web they have the right essentially to spy on us.