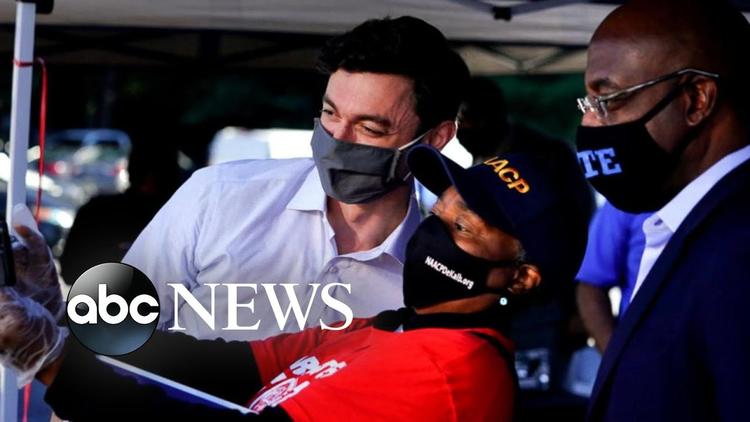 The world may have expected the chaos and uncertainty of the US presidential election to end when Joe Biden was declared the winner last weekend. But these are not normal times and Donald Trump is not a conventional president.

Concessions that used to be a part of the political process have been replaced by baseless allegations of voter fraud and election stealing, loud, all-caps shouting on Twitter and plans for a “Million MAGA March” on Washington.

The courts are the proper venue for candidates to challenge the results of elections. But a legal process requires evidence of illegality — and as of yet, the Trump campaign has produced very little.

So, then, how long can Trump string things out — and, more importantly, what’s the end game?

More lawsuits are filed, with little chance of success

Lawsuits can be filed for a number of reasons after an election: violations of state law by local election officials, discrimination against voters, political manipulation of the outcome or irregularities in the ballot counting process.

The Trump campaign has filed numerous lawsuits in both state and federal courts. Some challenges in Georgia and Michigan were quickly dismissed.

In one case filed in Pennsylvania, Republicans sought to stop the vote count in Philadelphia on the grounds Trump campaign officials were not allowed to be close enough to the ballot-counting process.

Under questioning from the judge, the Trump campaign lawyers were forced to admit a “non-zero number” of Republican observers were present. The judge, clearly exasperated, responded by asking, “I’m sorry, then what’s your problem?”

In another filing before a federal court in Pennsylvania, the Trump campaign alleges voting by mail runs afoul of the Constitution’s equal protection clause, a claim bound to fail.

The most interesting – and perhaps most viable – case concerns whether a state court can extend the time limit for mail-in ballots to arrive.

In this case, the Trump campaign challenged a decision by the Pennsylvania Supreme Court to allow mail-in votes received up to three days after election day to be counted.

The US Supreme Court twice declined to halt the counting of these votes, but did order the ballots to be segregated, leaving the door open to a challenge after the election.

A group of Republican attorneys-general filed a brief at the US Supreme Court this week urging it to take up the case.

Amy Coney Barrett, the newly appointed Supreme Court justice, did not participate in the earlier decisions, and it remains to be seen if her vote would change the outcome should the case reach the court.

Hoever, this may all be a moot point, as there are likely not enough late-arriving ballots for Trump to make up the sizeable gap to Biden in the state.

Attorney-general steps into the fray

Attorney-General William Barr has also inserted the Department of Justice into the post-election drama, authorising investigations by US attorneys into alleged voter fraud across the country. The move outraged the top official in charge of voter fraud investigations, prompting him to resign.

The Department of Justice has historically stayed out of elections, a policy Barr criticised in his memo, saying

such a passive and delayed enforcement approach can result in situations in which election misconduct cannot realistically be rectified.

The department’s about-face is important for several reasons. It changes long-standing practice, as Barr himself admits. The general practice, he wrote, had been to counsel that

overt investigative steps ordinarily should not be taken until the election in question has been concluded, its results certified, and all recounts and election contests concluded.

Of course, Barr has ingratiated himself with Trump before, most notably in his 2018 memo to the Justice Department expressing concerns over the Mueller investigation.

Many had wondered why Barr had remained unusually quiet for so long on the election. It appears he is back, and willing to support Trump and the Republican cause.

The end game: Georgia and the US Senate

Given Trump and Republicans have very little chance of overturning the result through these tactics, the question remains: what is the goal?

Yes, this all could be explained simply as Trump not liking to lose. But setting such indulgences aside, the reason for this obstruction appears to be two upcoming US Senate runoff elections scheduled for January 5.

Under Georgia law, a runoff is required between the two candidates that came out on top if neither wins 50% of the vote in the state election.

The Republicans currently hold a 50-to-48-seat edge in the Senate, meaning control of the chamber now comes down to who wins the two Georgia runoffs.

The positions taken by Republican senators in recent days are telling — they have stood firmly behind Trump’s challenges and gone out of their way not to congratulate Biden on his victory. Republican Senator John Thune of South Dakota put it bluntly,

We need [Trump’s] voters […] we want him helping in Georgia.

The Senate plays a crucial role for the Biden presidency. If it remains in Republican hands, this could leave Biden with few avenues to implement his favoured policies on the economy, climate change or health care and would deny Democrats the ability to expand the Supreme Court.

Already, it’s clear the focus of the GOP is shifting toward Georgia. The two Republican Senate candidates this week called for the resignation of the secretary of state, a fellow Republican, repeating Trump’s baseless claims over voter fraud in Georgia.

According to the Atlanta Journal-Constitution, this was done to appease Trump

lest he tweet a negative word about them and risk divorcing them from his base ahead of the consequential runoff.

Is democracy at stake?

It appears all these efforts are aimed at one goal: energising the Trumpian base for the Georgia run-off elections by delegitimising not only Biden, but the election process itself.

The long-term implications are momentous. The US is already bitterly divided, as demonstrated by the large voter turnout on both sides in the election. This division will only deepen the more Trump presses his claims and signals he won’t go away silently.

This continued fracturing of the US would prevent Biden from achieving one of the main goals he set out in his victory speech: bringing Republicans and Democrats together.

If half the country buys into his claims of a stolen election, the real danger is the erosion of democracy in the US as we know it.