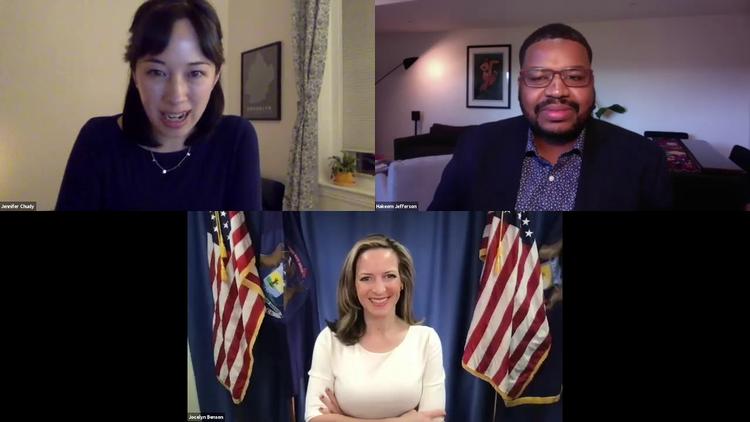 Ann Arbor (Informed Comment) – Now that the judges have laughed Trump’s challenges and conspiracy theories out of court, it is time to consider further why Biden won.

The long and the short of it is that educated whites, including white men, joined African-Americans, a majority of Hispanics and urban people in general against Trump. Urban Americans are a majority now, and non-Hispanic whites have been shrinking as a proportion of the population.

In short, 2016 may have been one of the the last times a candidate like Trump could run primarily on white grievance and win. Non-Hispanic whites will be a minority by 2045, by which time the strategy will be entirely useless. If Republicans insist on holding to Trumpism, they could be dooming themselves increasingly to the political wilderness.

The Philadelphia Inquirer concludes that in Pennsylvania, the suburbs around Philadelphia and Pittsburgh shifted substantially toward the Democratic candidate compared to 2016, and the more affluent, suburbs-like sections of those cities did, as well. Biden was also able to limit Trump’s margin of victory even in Republican-leaning counties, as he attracted votes from the white working class. The Inquirer also notes that 57 out of 67 Pennsylvania counties shifted to the left from 2016. There was a blue wave after all.

Nate Silver concludes that the divisions between urban and rural voters deepened in this election. Likewise, educated white voters went Democratic this year much more enthusiastically than in 2016. Silver quotes political scientist Ashley Jardina, who speculates that while college-educated whites were not especially offended by Trump’s racist language, they were especially frustrated by Trump’s refusal to swing into action and deal with the coronavirus pandemic.

There is a problem in doing well in small rural, less educated and mostly white counties. They aren’t that populous. Silver adds, “This was most stark in Wisconsin, where Trump’s margin improved in 39 of the state’s 72 counties, but fell in 31 and didn’t change in two. The counties where he lost ground tended to be bigger and more well-educated, while the ones where he gained were generally smaller and less well-educated.”

Andrew Yarrow argues that white men were one key to Biden’s victory. He writes,

White men are one of the groups who have suffered from Trump’s mishandling of the coronavirus, losing many of the 22 million jobs that were lost last spring, only about half of which had come back by the time of the election.

John L. Johnson pointed to Biden’s overwhelming victory in cities, where the Black vote helped put him over.

Johnson points out that 80 percent of Americans live in urban areas.

Moreover, there was the problem of race. Trump appealed with his politics of grievance and white supremacist diction to small town and rural whites. Johnson points to the finding of AP VoteCast that 86 percent of Trump’s voters were white. Only 14 percent were minorities.

I am not impressed with the focus among some observers on the percentage increase over 2016 in the vote for him among Latino or African-American men, since he started from such a low base that the absolute number increase is quite small. It is a common fallacy to say breathlessly that a candidate doubled his vote count from the previous election among some group even if that means he got 4,000 votes instead of only 2,000. The absolute numbers should always be kept in mind.

Johnson observes that Biden’s electorate looked more like America, which benefited him: “63% of his supporters were white and 37% were people of color.”

Non-Hispanic whites make up only 60.7% of the American population in 2020. Unless you can get almost all of them to vote for you, you cannot win an election solely by campaigning, as Trump did, on whiteness.

Moreover, the percentage of the country that identifies as non-Hispanic white is rapidly shrinking. In 2010 it was 72 percent. It had been 75% in 2000 when George W. Bush was elected.

Biden made a good showing with Hispanics, even if he fell short of Hillary Clinton’s numbers with that community (the exact proportions probably will not be known for months).

Wellesley College: “Who Voted, Why, and Where Does Democracy Go From Here?”