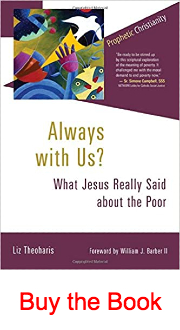 As of late summer, governments around the world had pledged US$12.2 trillion of relief in response to the coronavirus pandemic. That’s around 15% of global GDP, three times larger than government spending put forward during and after the 2008-2009 global financial crisis and enough for every adult in the world to receive a $2,000 check.

A good chunk of initial COVID-19 aid funding is being used – quite rightly – to support health care systems, preserve people’s livelihoods and stabilize employment. But much is slated for investment into infrastructure and economies. Whether those are climate-friendly investments or not still remains to be seen.

While the world’s bout with the virus is far from over, there is already talk amongst leaders like Joe Biden and Boris Johnson about rebuilding toward a more sustainable, more resilient future.

The global economic rebuild could include efforts to avoid the worst impacts of one of today’s looming mega-threats: climate change.

Moving toward a cleaner energy world is cheaper than many people perceive.

My work at the Electric Power Research Institute, University of Tennessee and with the Intergovernmental Panel on Climate Change focuses on the costs and benefits of energy and climate decisions made by governments and companies.

According to research done by me and my colleagues, we estimate it would cost around $1.4 trillion per year over the next five years in clean-energy investment to meet the goals of the Paris climate agreement. This amount – if invested around the globe in things like solar and wind power, advanced power grids, carbon capture and storage, biofuels, electric vehicles, better insulated homes and other carbon-saving efforts – would start to bend the emissions curve, putting the world on a path to net-zero emissions by midcentury.

A lot is already being spent on climate initiatives

While $1.4 trillion per year sounds like a lot of money, it’s actually not so much greater than what is already being spent on clean energy worldwide.

Countries are projected to invest an estimated $1.1 trillion per year over the next five years into low-carbon energy strategies. This pathway would take the world toward 3 degrees Celsius of warming, a level that could be quite harmful for the planet.

Much of this funding comes in response to national, state and local policy mandates and incentives. But a lot is happening thanks to pure economics as well: companies aiming to profit from new clean energy installations, which are becoming increasingly more affordable in many places.

Thus, taking into account the $1.1 trillion per year baked into the system already, the additional amount of clean energy investment needed to get on a 1.5 C track comes to just $0.3 trillion – or $300 billion – per year over the next five years.

For the entire globe, $300 billion per year over five years – or $1.5 trillion cumulative – is not an outrageous sum of money. It represents just one-eighth of the $12.2 trillion governments around the world have announced for COVID-19 relief to date.

Thus, a fraction of current bailout funding could provide the extra near-term boost the world needs to get on track to meet +2 or 1.5 C (+3.6 or 2.7 F) of warming, the levels countries committed to in the 2015 Paris climate agreement.

President-elect Joe Biden is calling for some $1.7 trillion investment in clean energy and energy efficiency over the next 10 years. This level of investment, if also realized in other countries, could put the world on a path to meeting the goals of the Paris Agreement.

The U.S. has already committed trillions of dollars for COVID-19 relief, much of which is going toward important needs like patient care, vaccine research and direct economic bailouts. But economic recovery plans contain money for long-term economic growth, too. And that’s the money I am suggesting could be directed toward climate-friendly investments.

Meeting the Paris goals will ultimately demand continued and increasing investments going forward, climbing above the $300 billion per year over the next five years that would get the world on track to 1.5 C (2.7 F). Nevertheless, an initial injection of funds into clean energy could achieve two goals: boost the global economy through large infrastructure spending and accelerate the deployment of clean energy production and energy efficiency measures.

Like with so many things, the question seems to be one of political will – are governments and companies willing and able to turn toward a cleaner, more prosperous future to the benefit of all?

Public funding appears to be available – for now – and given how massive this funding is, it provides a unique opportunity to catalyze the development, deployment and dissemination of clean technologies during the next decade, an absolutely critical period in the fight against climate change.