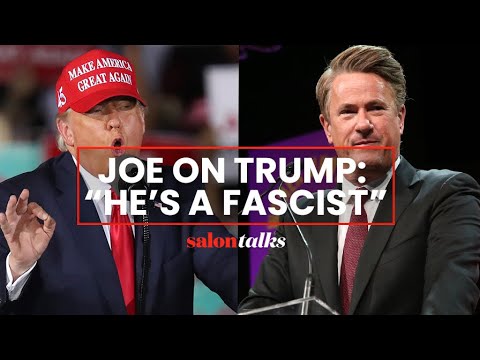 Toronto (Special to Informed Comment) – It is widely recognized that the Nazis learned from the example of the United States of America about politics in a racist key. It is important to recall that before the Nazis came to power, there was already the long-standing example of Jim Crow in the Deep South. The pertinence of this observation, as Hannah Arendt explained it now 70 years ago, not only has to do with the novel politicization of an otherwise widespread popular prejudice but also with the role that it played in articulating a totalitarian regime.

According to this analysis, Trump and Trumpism would be, lamentably, not an aberrant “exception” to “normal” political life in the United States of America but, rather, as Hannah Arendt argued regarding the Nazi regime, an historically demonstrable outgrowth of different social – political and economic – antecedents; which, in retrospect, could have been addressed, had they but been perceived and more forcefully resisted. Why the latter did not happen was, for Arendt, the raison d’être of her inquiry into The Origin of Totalitarianism. Why it would be happening, again, with Trump &amp; Co. is the burden of my remarks here.

A somewhat understated but very trenchant and, to my mind, extremely helpful distinction made by Arendt in The Origin of Totalitarianism is the distinction which she draws between Mussolini’s and Franco’s “fascism” and Hitler’s and Stalin’s “totalitarianism.” Both fascism and totalitarianism may be equally instances of “dictatorship.” But the latter term turns out to be wholly insufficient to describe with needed accuracy these different modes of exercising “strong” political “leadership” (let the reader understand).[1]

Following Arendt’s analysis but cutting to the chase, the Republican Party in the USA has been at least since Reagan, though possibly already beginning with Nixon, essentially a “fascist” effort to gain exclusive control over the American state: i.e. not an effort to replace the state, as such, but to be the only political party which decides how it will govern. In contrast, Trump rules as Trump, claiming that only he can do for “the American people” what must be done to make Amerika great again; moreover, he consistently understands all forms of political activity to be a matter of loyalty to himself and his own. In other words, he is “der Führer” aka “the President” and therefore not only free, he thinks, to do as he decides, but entitled and even destined to dictate in this manner, becoming visibly frustrated whenever whatever order is not obeyed; claiming, for example, most recently that the Supreme Court lacked “courage” to do what obviously it could find no legal warrant even to consider.

For the same reason, those who find in “Trumpism” the proper name for their political “love” are immune to any form of political “reason” since their hope is actually not in a political party or even a platform or a proposal but, rather, in a figure that would incarnate their dream of a compelling “final solution” to everything that otherwise has been bedeviling them. This is why the vast majority of Trump’s so-called base – inexplicably to those who still believe that the practice of political “reason” somehow yet could name the game that is being played – are people who otherwise lack access to almost all of the pleasures, let alone the privileges, which Trump so flagrantly flaunts and abuses.

This is so, however, because Trumpites are typically those who now feel themselves to have become and often truly are disenfranchised from any palpable possibility of realizing the American dream to which they otherwise once assumed or had been led to believe that they, too, could and should have access. And so they see themselves as now having no future with this destiny in a nation that appears to them to be deliberately denying them their “unalienable right” to enjoy the privilege of power that would be “constitutionally” promised to them. Trump’s slogan to “make America great again” is understood by them as a return to what would be, again, their “unalienable right” to enjoy their kind of life, their kind of liberty, their kind of happiness.

Now that coal and oil are out (thanks, the Trumpites would say, to all the environmental nonsense), family life is being undermined (due, in their narratives, to abortion-on-demand with gays and lesbians and men-who-want-to-be-women and women-who-claim-to-be-men everywhere you look, etc., etc.), immigrants are taking over (even, Trump implied, in rural Minnesota where everyone is otherwise proudly pure-blooded Norwegian), and so on, Trump’s appeal is suddenly, though hardly out of the blue, the totalitarian one, which essentially restates, if I have understood Arendt correctly, nostalgically and therefore anachronistically, the otherwise historically passé nationalist claim to get a land of “our own.”

In the case of the USA today, this would seem to have quite a bit to do with “whiteness,” bearing in mind that the shades of white in play are alarmingly multiple and malleable. But it also has a lot to do with the on-going “slide” of the Republican Party away from its previous “fascist” ambition into an ever more entrenched collaboration with Trump’s “totalitarian” effort that ultimately has no interest in the Republican Party, as such, let alone in the democratic institutions of the American state.[2]

In this regard, one is reminded by Arendt of the German aristocracy and bourgeois industrialists who mistakenly thought that they could use Hitler and the Nazis to prevent the growing spread of the liberal egalitarianism which threatened their continued enjoyment of traditional privileges while creating indubitably economic chaos and political fecklessness in the Weimar Republic (read: the Democratic Party beginning with Clinton). It was their and others’ failure to grasp the difference of that political moment which enabled the Nazis to gain the governmental foothold which they required then to institute immediately, as Walter Benjamin soon recognized, the “permanent state of emergency” that is the trademark of a totalitarian regime. As always with such hostile takeovers, “who’da thunk” it could also happen here, in the Un-uniting Stakes of Amerika?

[1] I leave aside here the question of the difference between both of these and the “tyranny of the majority” as, famously, John Stuart Mill (On Liberty, 1859) but also others both before and after him have characterized the rule of democracy. That the difference between a “fascist” and a “totalitarian” government is both salient and consequential may be seen in the experience of Jews in Italy under Mussolini during WWII. See Hannah Arendt, Eichmann in Jerusalem: A Report on the Banality of Evil, rev. and enlarged (New York: Penguin, 1964) 176-180.

[2] As I write this, see this morning’s first headline (on-line) in The Washington Post: “In contesting his election loss, Trump cements control of GOP” (13 December 2020).

Salon: “Joe Scarborough has a new name for Trump: “He’s a fascist””

Leif E. Vaage taught New Testament studies at Emmanuel College of Victoria University in the University of Toronto before retiring. He now lives whenever he can in Guysborough, Nova Scotia, with his wife Susan Slater, tractor-lust, and a growing flotilla of needy boats. His previous book of poetry is Schooled in Salt (The St. Thomas Poetry Series, 2003).