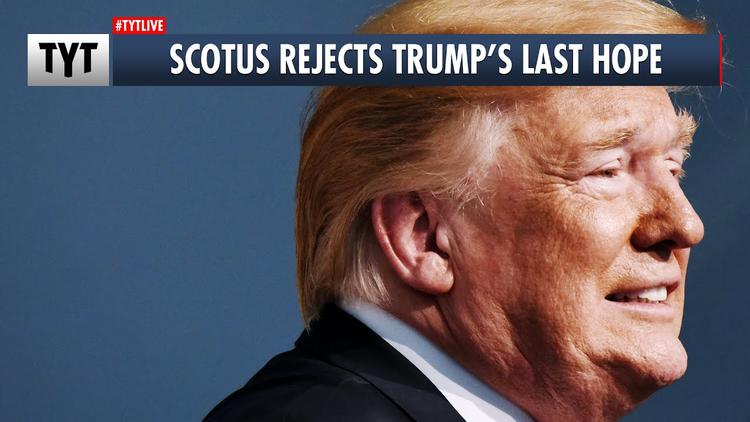 No president has so many close associates from his election campaign and his administration tried in the federal criminal courts—and convicted or pleaded guilty—than Donald J. Trump did in his lone term. Score big points for the U.S. federal courts’ judicial independence for that alone. However, despite the 10 “obstruction of justice” charges levied against Trump in the widely unread “Mueller Report” and the degradation of the impeachment process by Trump, the biggest challenge for American courts came after the November 2020 presidential election, when the president kept his promise to challenge the entire election should he lose. In his mind, the only way he could lose would be by widespread systematic fraud and he would use the courts to expose these crimes and overturn the presidential election process.

Donald J. Trump’s modus operandi as a “business man” has been to use the courts frequently to get his way. He is rich enough to hire platoons of expensive attorneys to bring a panorama of lawsuits against those who would dare to trespass against him. As a lawyer myself, whose many best friends are attorneys, I am quite familiar with the fact that many cases are brought before judges even when attorneys know that they have either very weak cases or no case at all. This is because lawsuits cost a lot of money and can take up a huge amount of time to resolve each case. Most people cannot afford either. So they either settle for much less than they feel they are owed, or they drop the case from sheer exhaustion. The attorneys for Trump, however, get paid for billable hours. They don’t care how long it takes. Stalling for time is a good way to “win”. That’s why Trump thinks he is such a great “winner.”

So, when it became clear to Trump that he had lost the 2020 election, he reverted to form and kept his pre-election promise. He hired a battery of trial lawyers and contested the vote count in numerous states, particularly those with enough electoral votes to swing the presidency his way again, particularly where the margin of election for Biden was pretty thin. “Systamatic fraud” his attorneys cried. “Rigged election” they pleaded. At this writing, more than 40 such cases have been filed in state and federal courts. They came armed with briefcases full of “proof.” The judges, a number of them Trump appointees, quickly tossed them out of court. Why?

The title of my doctoral dissertation at Northwestern University was “A Working Theory of Judicial Decision Making.” This was published as a book by Rand McNally (1964) with a different, even less readable title. Nevertheless, the book has been cited well over one hundred times and has been acquired by several hundred research libraries worldwide. It defines and demonstrates the existence of the single factor which saved the American constitution from its most severe assault by any U.S. president ever. As a lawyer and social scientist, I believed that law school did something weird to my brain. It made me very conscious of something called “the law” and “judicial precedent.” Law students are brainwashed to defer to these factors when a case comes before a court or before you bring a case to court. Judges, are sworn to carry out the “judicial role.” They must be extremely wary of staying within “the law” and “precedent”—EVEN IF THEIR DECISION WILL GO AGAINST THEIR OWN POLITICAL PARTY’S INTEREST OR AGAINST THEIR OWN POLITICAL IDEOLOGY. I proved that point in a very modest experiment which was the basis of my book and several that followed. However, the American court system has now proved it in over 95% of the cases brought before it by the President of the United States and his legal warriors.

Trump and the Trumpeteers keep screaming about the mountain of “evidence” they possess that proves that the election was rigged, in fact, stolen from him. But trial judges of all political persuasions, and at the state and federal level, were uniformly aghast, dismissing the cases without even letting them go to trial. The reason for this is that the judges knew that the law and precedent was clear: there was no way “systematic fraud” could be proved by a trial. Therefore, they were bound by “judicial role” to dismiss them, often scolding Trump’s attorneys for wasting their time.

For example, the Trump Teams had piles of affidavits: sworn statements by people who worked at polls or knew people who worked at election offices and they swore, under oath to a Notary Public, that there was a lot of funny business going on. However, affidavits are not solid evidence in courts. Judges either want to know whether Trump and his legal minions would actually produce these people in court so they could be cross examined. That’s the way “civil procedure law” works. Looking at these sworn statements, they reeked of secondary knowledge and hearsay. They also reeked of political bias. A good defense attorney, at trial, would rip these witnesses to shreds. That’s the law, precedent and process these trial judges knew so well. They were not going to waste their time and violate their oath to play “the judicial role” on such flimsy evidence. So almost one and all, they dismissed the cases sometimes with eloquent scorn heaped upon Trump’s attorneys.

Trump was pressed for time. For once, he did not want to stall. Thus, he and his faithful attorneys were out of their element. This time, the bluff did not work in his favor, all because of “judicial role.” It was that law school training that was the final barrier to a business school president who was determined to undermine American democracy, based on law. Gee, after all these years, I’m finally glad I graduated from law school.

Ted Becker is the author of 15 books in the fields of Law and Politics, American Government, Global Geo-Politics, and Conflict Resolution. He is the former chairman of the Department of Political Science at the University of Hawai'i and also at Auburn University.