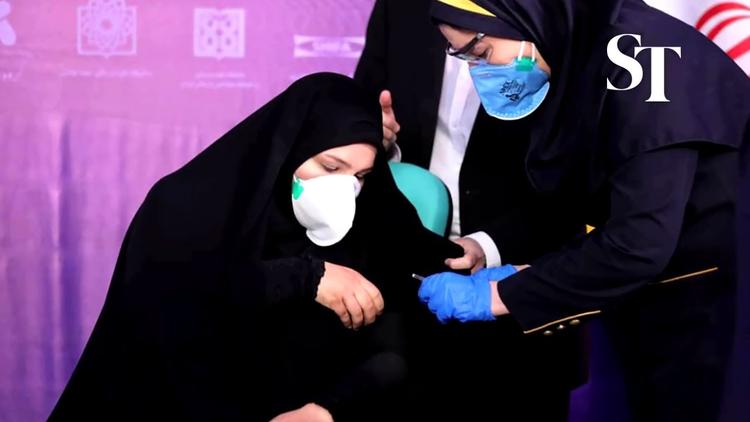 Ann Arbor (Informed Comment) – Trump has given Iran permission to buy the coronavirus vaccine, according to Sharif Nizam Mafi, the head of the Iran-Switzerland join chamber of commerce.

Take a moment to let the enormity of this statement sink in. The United States of America will let Iran have the coronavirus vaccine?

Iran has been the worst hit country in the Middle East, with 1,194,963 cases in a population of 82 million. This is equivalent to 4.6 million American cases, so the ayatollahs are still doing better than US. Some 54,574 are dead in Iran. Iran is slightly less vulnerable to a heavy death toll than the US, since its population is younger. Iran’s median age is 32, while that of the US is nearly 38. Still, there has been a lot of suffering in Iran, both from contracting the disease and from people seeing their loved ones dying or suffering.

During this entire period, as I argued in a paper for Qatar University, the Trump administration has missed an opportunity for diplomacy with Iran by keeping an unprecedented blockade on Iran’s trade and finance, thereby much increasing the economic pain that the pandemic imposed.

In September of 2019, the Trump administration put the Iranian Central Bank on a terrorist watch list, making it impossible for any other bank in the world to engage in exchanges with Iran. The result has been a disaster for humanitarian efforts in Iran. There is no way to get money into the country from the outside world without risking US government sanctions for material support for terrorism.

The Central Bank of Iran is the bank of a sovereign nation and is no more a terrorist organization than the Fed in the US. The US has committed state terrorism in Iraq and elsewhere. The pretext of terrorism has run wild and is being used for things that should be in the realm of ordinary diplomatic negotiations.

Although Trump administration figures like secretary of state Mike Pompeo say publicly that the US does not interfere with the importation of medical supplies, that is a damned lie by omission. Since the US blockade keeps Iranians poor, even middle class families can no longer afford to buy expensive foreign medicines. Moreover, what with their Central Bank having arbitrarily been dubbed a terrorist organization, there is no way to send money to e.g. Europe to buy medicine.

This policy is nothing but collective punishment imposed on a civilian population, which is a crime in international law. Indeed, under the Rome Statute it may be a crime against humanity.

All sanctions were supposed to be lifted on Iran in January of 2016, but the GOP senate would not allow US sanctions to lapse, and the US threatened other countries’ companies if they invested in or traded with Iran. Then in May, 2018, Trump just breached the 2015 nuclear accord entirely and put the most drastic blockade on Iranian trade and finance ever applied by one country to another in peacetime. All this despite Iran’s adherence to the terms of the nuclear deal, according to UN inspectors.

So having deeply harmed the Iranian economy with its arbitrary and unilateral blockade (which has no support from international law, the UN Security Council, or even an explicit act of the US Congress itself), now Trump will let Iranians import the vaccine?

Trump has made the United States into a Thanatos-like villain in a comic book, the kind that glories in villainy.

A group of wealthy US philanthropists, AP reports, is so embarrassed at our Trump-imposed villainy that they are donating money, through the “permitted” Swiss COVAX exchange, to buy Iran 150,000 doses of the virus. I suppose this is an attempt to do good and also to try to let Iranians know that we’re not all murderous assholes over here. It will be a tough room.

Iran will be able to buy enough of the vaccine through the permitted Swiss exchange to inoculate about half of its population, i.e. 40 million. China is also sending about a million doses of vaccine.

Iranians are so nervous about the American Thanatos that many don’t want an American-made vaccine in their bloodstreams, lest it poison them or mess with their DNA. That is the official stance of the Iranian Revolutionary Guards Corps.

Iran is trying to develop its own vaccine, but it is still just in first human trials with about 60 people, and it may be a long time before there is an effective Iran-made vaccine, assuming the country’s scientific and pharmaceutical infrastructures, battered by years of US sanctions and blockades, can produce one at all.

But that’s all right.